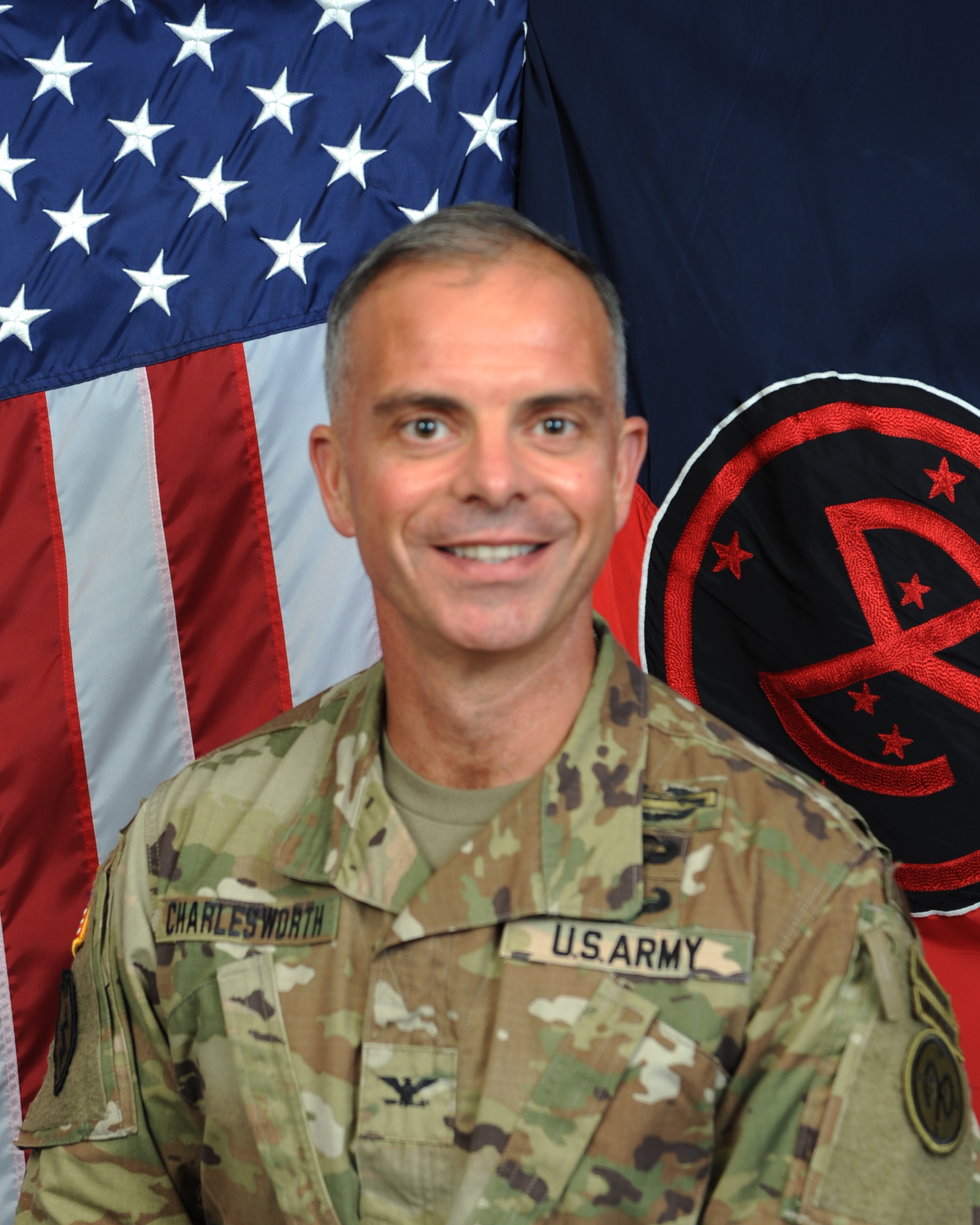 Colonel Robert Charlesworth, a veteran of the War in Afghanistan who recently served in the office of the Chairman of the Joint Chiefs of Staff, will take command of the New York Army National Guard’s 27th Infantry Brigade Combat Team during a ceremony at Fort Drum at 2 p.m. on June 22.

Charlesworth will take over from Colonel Christopher Cronin who has headed the brigade since 2017. Cronin is slated to serve as the rear detachment commander for the 42nd Infantry Division in Troy in 2020 when the majority of the unit’s Soldiers will deploy to Kuwait.

Charlesworth, who grew up in Kingston, N.Y., is relocating to Syracuse and will serve full-time as the 27th Brigade commander.

“Colonel Charlesworth is uniquely qualified to command the 27th Brigade with over 24 years of military experience,” said Major General Steven Ferrari, the commander of the 42nd Infantry Division. Ferrari will preside over the change of command ceremony on Satuirday.

The 27th Infantry Brigade Combat Team is headquartered in Syracuse and is a light infantry brigade of about 4,000 Soldiers comprised of three infantry battalions, a cavalry squadron, an artillery battalion, a brigade engineer battalion and a support battalion. Elements of the brigade are located across New York from Long Island to Jamestown.

One battalion, the 1st Battalion, 182nd Infantry is part of the Massachusetts Army National Guard.

During the traditional change of command ceremony the colors, or flag, of the 27th Infantry Brigade will be transferred from Cronin to Charlesworth, signifying the change in authority.

Traditionally the colors of an Army unit indicated the location of the commander on the battlefield. The traditional ceremony allowed Soldiers to see who they should follow in battle.

Charlesworth was commissioned as an Engineer Officer through Army ROTC in 1992.

He began his service as platoon leader and later company executive officer assigned to the 3rd Brigade, of the 24th Infantry Division, at Fort Benning, Georgia. He then served as a staff officer and company commander, in the 25th Infantry Division at Schofield Barracks, Hawaii, followed by an assignment as an engineer trainer at the Joint Readiness Training Center at Fort Polk, Louisiana.

Charlesworth joined the Vermont Army National Guard in 2001 and served as a staff officer and as brigade operations officer in the 86th Brigade Combat Team, and later as battalion commander of the 3rd Battalion, 172nd Infantry Regiment.

He deployed to Afghanistan in 2003 with the 3rd Battalion, 172nd Infantry and then again in 2010 as the battalion’s commander.

While serving in these positions he held civilian management positions with the International Business Machines Corporation and then the Goodrich Aerospace Corporation.

In 2011 Charlesworth went on active duty to serve at the National Guard Bureau in Washington. His assignments have included Executive Officer to the Deputy Director of Operations, Headquarters Department of the Army, and Deputy, Assistant to the Chairman Joint Chiefs of Staff for National Guard and Reserve Matters.

Charlesworth is a graduate of the Engineer Basic and Infantry Advance Courses, Combined Arms and Services Staff School, the Army Command and General Staff College, and the National War College.

He holds a Bachelor of Science Degree in Manufacturing Engineering from Boston University and a Master’s Degree in Project Management from George Washington University.

He is married to the former Elizabeth A. Scherr of Jericho, Vermont. They have three children, sons Myles and Martin, and daughter Morgan.

The 27th Brigade traces its history back to the 27th Division of World War I. Originally known as the 6th Division, the unit was composed of New York National Guard units and was renamed for service in France in 1917.

In 1968 the division was reorganized as a brigade. In the 1980s the 27th Brigade was reconfigured as an enhanced brigade and was slated to “round out” two Active Army Brigades of the 10th Mountain Division at Fort Drum.

Elements of the 27th Brigade were mobilized for security duties at airports and other critical locations as part of Operation Noble Eagle following the attacks of Sept. 11, 2001. In 2008 the brigade deployed to Afghanistan as the main elements and command of Combined Joint Task Force Phoenix, a multi-national training mission in Afghanistan.

In 2012 the brigade deployed once again, with some elements serving in Kuwait while others deployed to Afghanistan.