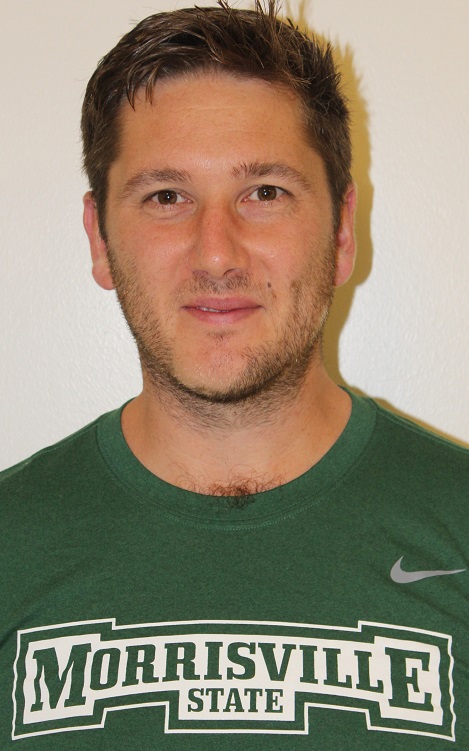 Morrisville State men’s soccer head coach Geoff Moore has announced the addition of Paul Allsopp to his staff for the upcoming 2019 season.

“I would like to thank Geoff and Greg Carroll for giving me the opportunity to be part of the Morrisville men’s program,” Allsopp said. “Geoff has a wealth of experience and success at SUNY Oneonta and I am looking forward to working with him, learning from him and using my experience to help continue the success the program has had in the NEAC.

“Kyle Graves did an excellent job both on and off the field with the Morrisville men’s program over the last decade. I am excited to get started and work with all the players and staff on campus, who have been very welcoming.”

Allsopp comes to Morrisville from nearby Cazenovia College, where he served as the interim head coach for the fall 2018 season.

Spending two years on the sidelines with the Wildcats as an assistant, Allsopp was responsible for managing the recruitment of student-athletes, along with the monitoring of team budgets and academic progress of the program.

Active in the soccer community, Allsopp currently serves as the director of coaching for the Fayetteville-Manlius Youth Soccer Club, and is the owner of the English Soccer Schools.

Prior to joining the collegiate ranks, Allsopp served as part of the Fayetteville-Manlius staff that led the squad to an undefeated 20-win season and Section III Championship in 2014.

The UEFA B-certified soccer coach also holds an advanced National Diploma from the NSCAA, bringing more than 10 years’ experience to the Mustang pitch after working with professional soccer organizations such as the New York Red Bulls and AFC Bournemouth.

Allsopp holds a bachelor’s degree in sport and exercise science from Leeds Beckett University, earning his masters of arts degree in business studies in 2004.