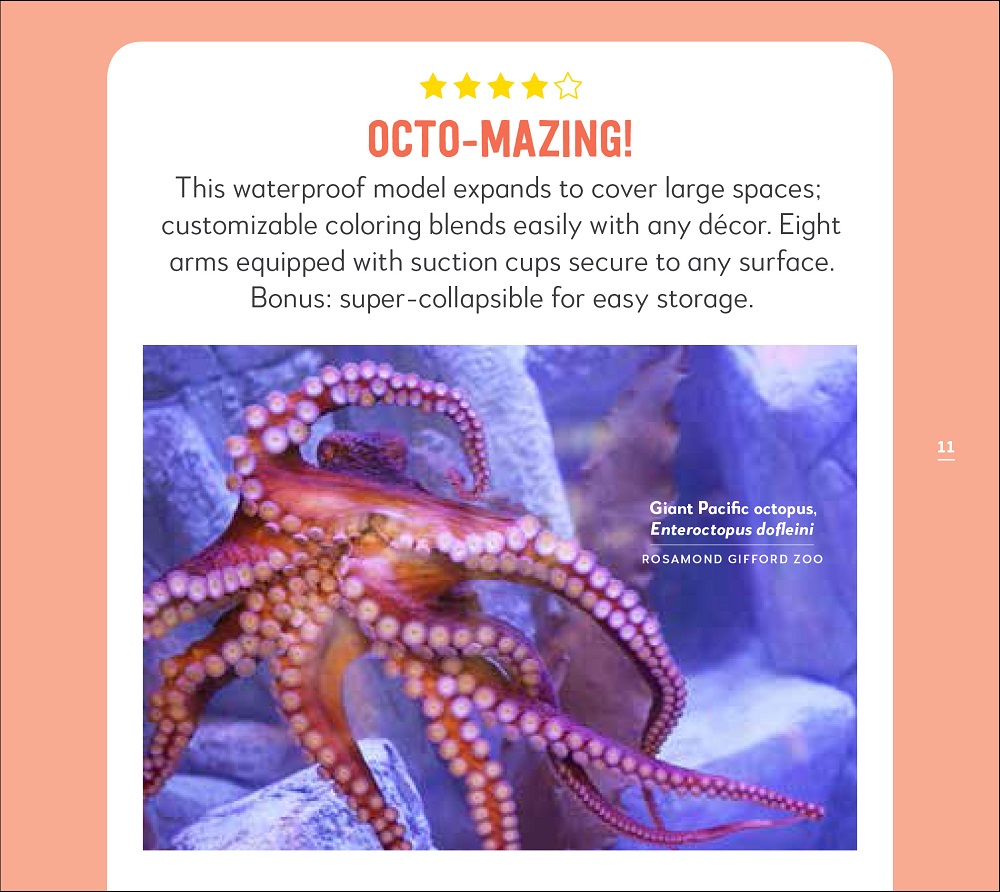 In spring of 2018, Shervin Hess, digital media specialist at the Oregon Zoo, was shopping for hiking boots on Amazon when he saw a review that reminded him of Lincoln, a rescued sea otter at his zoo: “Waterproof, great for winter, only comes in brown.”

Hess jokingly tweeted the review with a photo of Lincoln and the hashtag #rateaspecies. Soon other zoos and aquariums chimed in, sending the hashtag trending and reaching over 100 million people.

The 230-plus member institutions of the Association of Zoos & Aquariums (AZA) often collaborate on social media campaigns, but this unplanned outpouring of animal reviews was exceptional.

AZA, whose mission is summarized by another hashtag — #savingspecies – noted that many of the animals reviewed represented threatened or endangered species that its institutions are working to save. AZA thought the reviews would make a great book that could aid the cause.

The result, “Animals Reviewed,” was published by Timber Press in October, just in time for holiday gift-giving. It contains “reviews” of 150 species at AZA-accredited institutions – including six by the Rosamond Gifford Zoo!

The book is available at The Curious Cub Gift Shop at the Rosamond Gifford Zoo for only $9.95, as well as on Amazon.com. Proceeds benefit AZA’s work to advance animal welfare, public engagement and wildlife conservation.

In their reviews, the AZA zoos and aquariums rated their animals with educational and often hilarious descriptions.

•          The Seattle Aquarium gave its clownfish one star. “Incorrectly labeled. Didn’t know a single knock-knock joke! Not funny at all.”

•          The Cheyenne Mountain Zoo gave its cockatiel four stars: “Sound quality is good, but the power and sound buttons appear to be broken! Product always operates at top volume despite efforts to adjust audio.”

“’Animals Reviewed’ connects readers with animals in a humorous way and plays another equally important role: inspiring the next generation of wildlife defenders,” AZA President Dan Ashe wrote in his blog.

“It contains laughs alongside subtle references to endangered species in ‘limited edition.’ Some of the species rated in this book, like the California condor, might no longer exist if it weren’t for the collaborative conservation efforts of AZA-accredited zoos, aquariums and their partners … ‘Animals Reviewed’ furthers our mission of protecting wildlife and wild places through education and engagement with audiences of all ages.”

The Rosamond Gifford Zoo is Syracuse’s accredited member of the Association of Zoos & Aquariums, the gold standard for animal care, wildlife conservation and guest experience.

Visit the zoo’s website at www.rosamondgiffordzoo.org and the Friends of the Zoo events site at www.syracusezooevents.org.