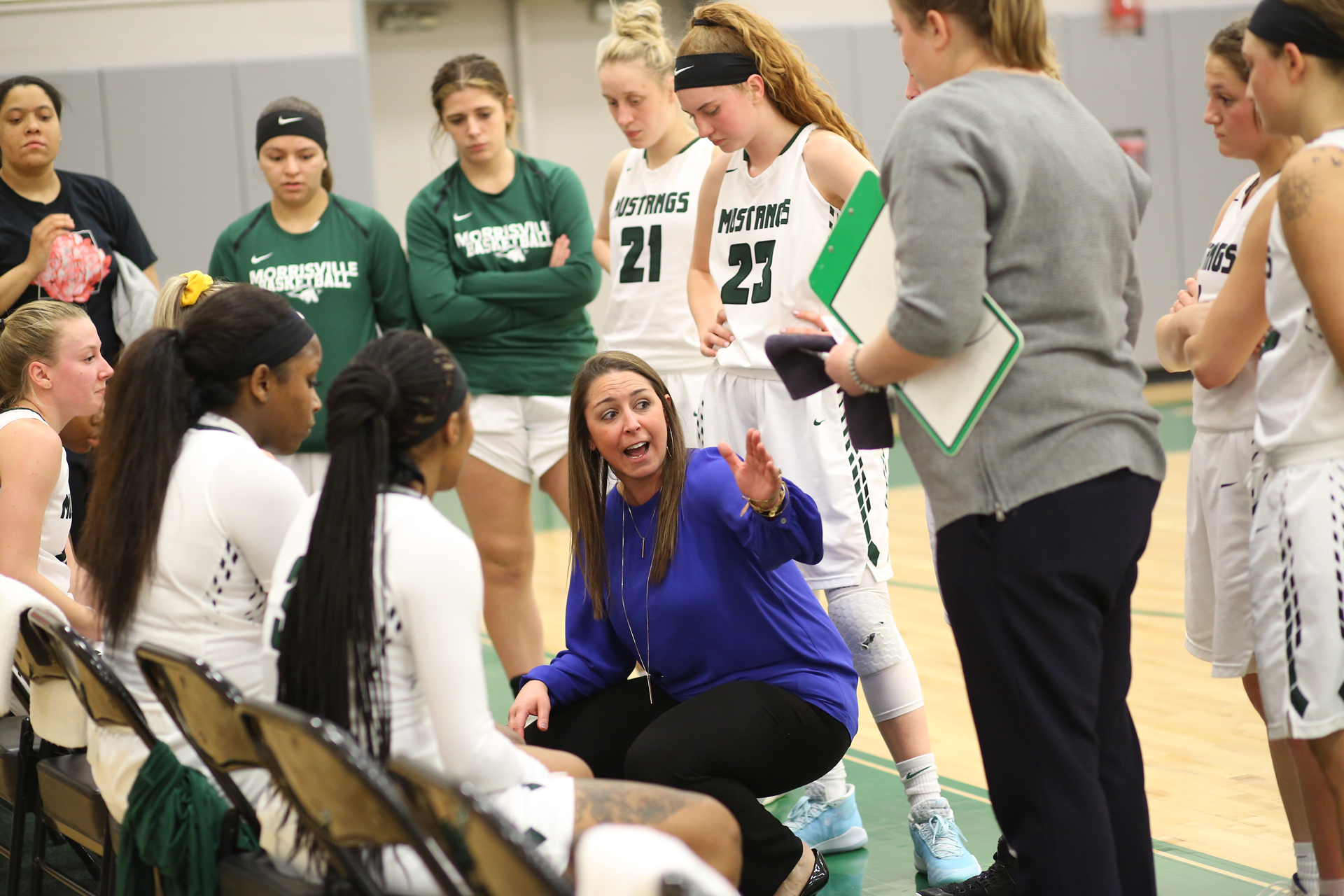 Skaradek, along with coaching staff members Elizabeth Unger and Ryan Mahanna, guided the Mustangs to a no. 2 North Division seed in the NEAC Tournament after wrapping up the regular season with an 8-2 divisional record and 13-3 overall conference slate.

The Mustangs, who boast an 18-8 overall record, will be making their fifth straight appearance in the NEAC Championship Tournament under her direction.

Morrisville finished the regular season as the league’s top scoring offense, averaging 72.3 points per game, while leading the conference in three-point percentage (32.2), free throw percentage (73.2), steals per game (15.7) and ranking second in assists per game (15.5).

The Mustangs have caused havoc for opponents, forcing the most turnovers per contest at 26.4.

Across her five-year career at the helm of the program, Skaradek has collected a 79-54 overall record, posting winning seasons with 14 or more victories in four seasons, including a 20-8 slate in 2016-17.

Morrisville will meet South Division top seeded Lancaster Bible College on Saturday at SUNY Polytechnic in the NEAC Championship Semifinal round, with the tip scheduled for 4 p.m. in Marcy, looking to return to the NEAC finals for a third time under her direction.