Next Cazenovia Forum: A Look Inside the CIA and its Controversies 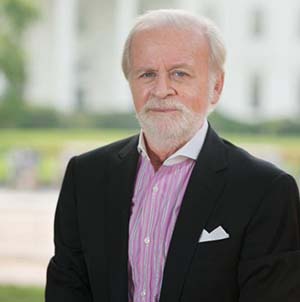 (Cazenovia, NY – Aug. 2015)  John Rizzo, dubbed by the Los Angeles Times as “the most influential career lawyer in CIA history,” and who served as the agency’s chief legal officer in the years immediately following 9/11, will deliver the next Cazenovia Forum lecture on the 14th anniversary of the attacks, Friday Sept. 11 at 7:30 p.m. at the Catherine Cummings Theatre in Cazenovia.

Admission to the event is free of charge. A reception will follow.

Over a 34 year career with the CIA, Rizzo made sweeping legal calls on virtually every major issue facing the spy agency, from rules governing waterboarding, “enhanced interrogation” and drones to answering for the Iran Contra scandal.

Rizzo is the author of Company Man: Thirty Years of Controversy and Crisis in the CIA, a narrative of his rise from junior lawyer to chief legal counsel that parallels the transformation of the CIA itself from cloak-and-dagger Cold War bureaucracy to a multi-faceted anti-terrorism enterprise. During this time, the agency became exposed to new laws, rules, and a seemingly never-ending string of public controversies.

The book has received critical acclaim for its candid, insider’s look at American intelligence. According to NBC News Chief Foreign Correspondent Richard Engel, “Company Man reads like the CIA’s conscience: what the CIA was thinking as it shifted from collecting information to killing terrorists after 9/11? Why did the CIA violently interrogate suspects and then destroy the evidence? Rizzo knows, and he’s talking.”

Rizzo was hired at the CIA in 1976 and by 1979 he became the staff lawyer for the Directorate of Operations, the CIA’s clandestine branch. He served as the liaison between the CIA and the congressional investigators studying the Iran-Contra affair in the 1980s. In November 2001, he was named Acting General Counsel, a position in which he served from late 2001 to late 2002 and from mid-2004 until late 2009. In the interim period he served as Deputy General Counsel.

The Bush administration nominated Rizzo as General Counsel of the CIA in mid-2007, but Democratic Senator Ron Wyden blocked his confirmation by the Senate Intelligence Committee due to his involvement in approving the CIA’s interrogation practices during the war on terror. The Bush administration withdrew his nomination, but kept Rizzo as Acting General Counsel until his retirement in October 2009.

More information can be found at www.cazenoviaforum.com.