Skip to content
Letters to the Editor Local Top Story

New park to be unveiled in Chittenango 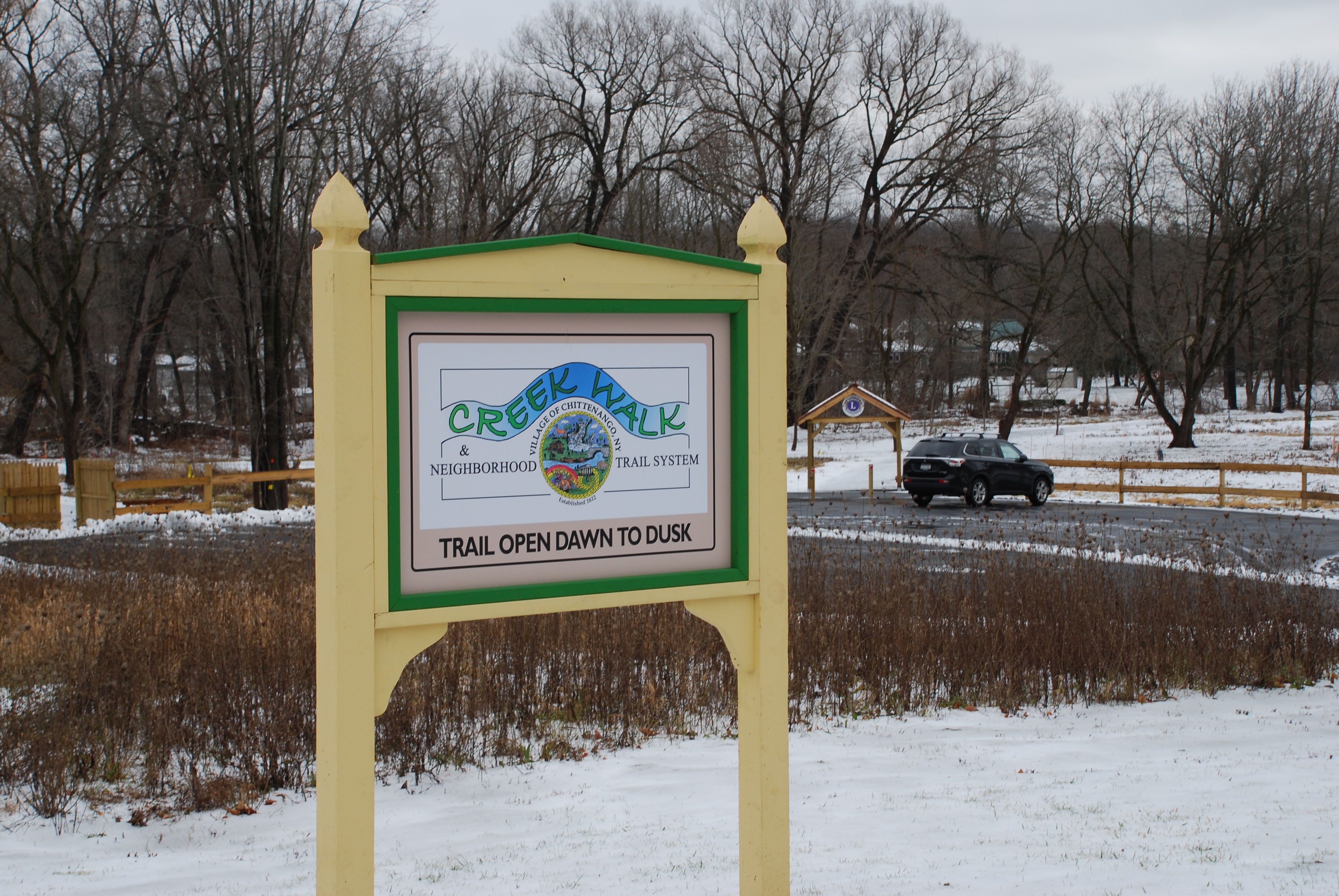 The Village of Chittenango Creekwalk Advisory Committee is excited to announce that the grant for the park and trail along Dyke Road has come to a close. It was an excellent project on many accounts, but mostly because of the tremendous number of people who worked to bring it to completion.

If you have had a chance to drive by, you will see that the park has been transformed from mosquito-filled scrub to a system of trails centered by a donated sycamore tree. The whole project is actually two parks blended together at the one site.

At the center of the project is the Village of Chittenango Lion’s Club Botanical Park. This park is a series of trails with an American Sycamore at its center, surrounded by park benches.

Running adjacent to the botanical park is a section of the Village of Chittenango’s Creek Walk. This trail section connects the Valley Acres and Dyke Road neighbors with the village’s downtown. It provides a safe place to walk.

The first phase of the Creek Walk was opened five years ago, in 2010. Another side trail connects Webber Drive to Sullivan Park. Pedestrians can walk down Russell Street from Sullivan Park to access Phase I. The project to build the Creek Walk and the Lions Botanical Park came as the result of an initial donation by the Shapiro family. Through their donation of land, the Village, the Creek Walk Advisory Committee and the Lions Club were able to apply for a Environmental Protection Fund grant from the New York State Office of Parks Recreation and Historic Preservation. This matching grant was used to leverage funds for the design and construction of the park and trail.

As a result of the generosity of the members of the community, nearly $75,000 was donated to the project. Donations, along with the efficiency of the skilled labor of the village’s Department of Public Works brought the project in for half of the original estimate for just building the trail. With the 50-percent reimbursement from the state grant, the park cost the village less than $20,000 total in the five-year grant period. That is less than four thousand dollars a year in expenditures.

The Village Creek Walk Advisory Committee and the Lions Club will host an official park and trail opening ceremony Friday, June 10, at 3 p.m. The community will be invited to attend. In the meantime, we wish to thank those who helped bring the trail and park vision to reality.

Elizabeth Bough Martin is a member of the Chittenango Village Board of Trustees and the Chittenango Creekwalk Advisory Committee. This message is the first in a series leading up to the grand opening ceremony for the Creek Walk Trail and Lions Botanical Park in Chittenango, New York. It was such a great project, with so much community support that we would like to highlight the history of the project as a way of thanking all who were involved.