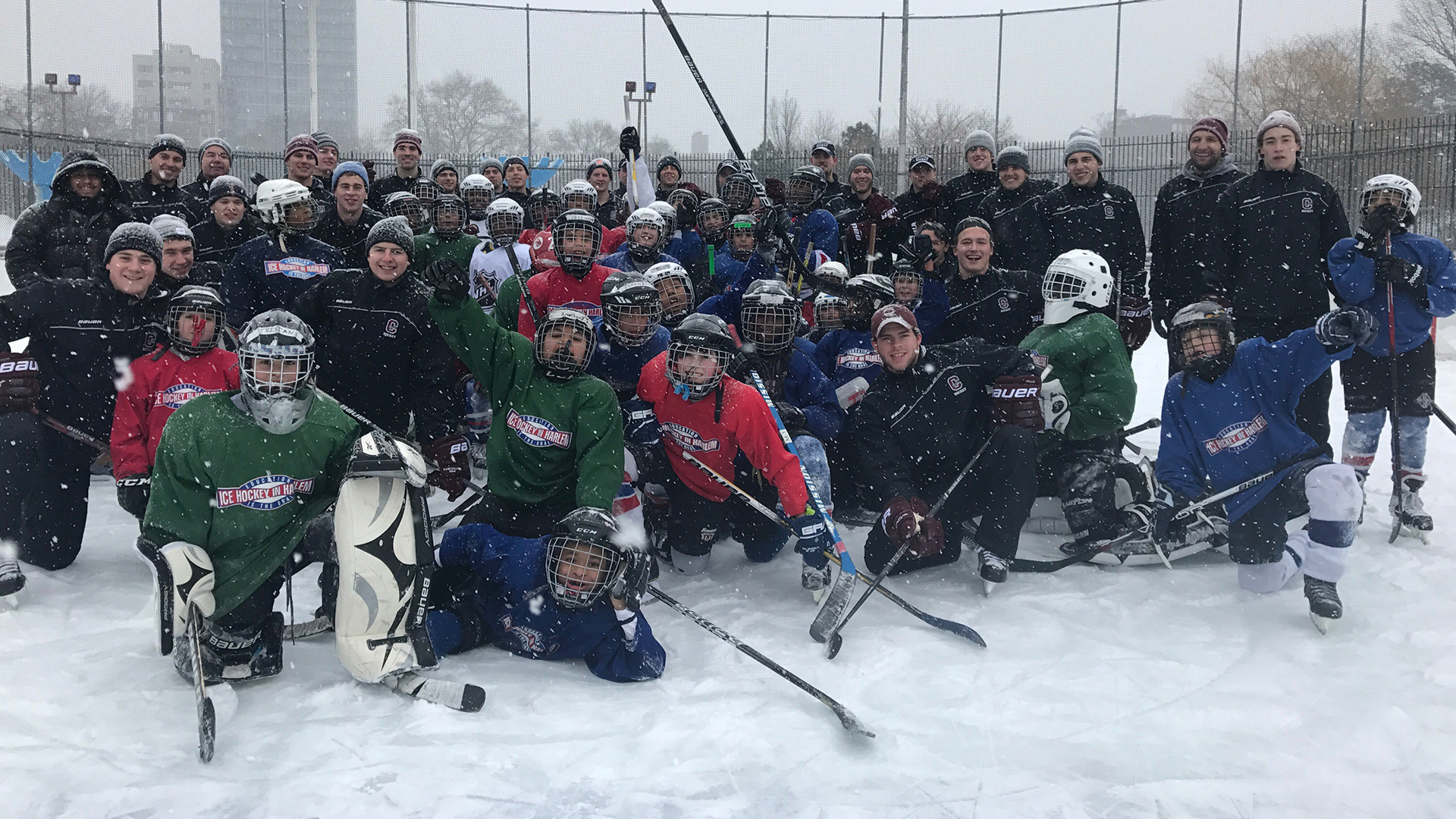 Despite a weekend off from competition, the Colgate men’s ice hockey team still hit the ice Saturday afternoon as the Raiders volunteered with Ice Hockey in Harlem in Central Park.

“Thanks to Mike Harder and Dana Borges for arranging this wonderful day with the kids in Ice Hockey in Harlem program,” head coach Don Vaughan said. “It was a perfect backdrop for hockey: an outdoor rink with snow falling and cold temperatures, Division 1 College student-athletes and young hockey players from Harlem speaking the same language: Hockey!

“Our guys had just as much fun as the kids from Harlem. The pictures tell the story. Smiles all around. As Bob Johnson might have said, ‘It was a great day for hockey.’

“Thank you Hockey in Harlem for letting Colgate Hockey share this great game with you all today.”

Ice Hockey in Harlem is an organization developed in 1987 and strives to improve the social and academic well being of the children from the Harlem community. It allows the children to engage in the game of hockey, learn the fundamentals, participate in an active lifestyle and broaden life experiences.

The Raiders’ players and coaches hit the ice for about two hours on Saturday afternoon to teach hockey fundamentals and have fun on the outdoor rinks of Central Park.

Colgate men’s ice hockey returns to action next Friday when they travel to Hamden, Connecticut to face the nationally ranked No. 15/15 Quinnipiac Bobcats at High Point Solutions Arena. The game will air on SNY as well as TSN GO in Canada.