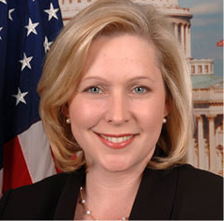 Every year, an estimated tens of thousands of seniors in New York are victims of financial scams and abuse, while scammers get away with very few consequences

“Senior fraud is a destructive and dangerous crime, in which scammers prey on vulnerable citizens, steal their personal information, and harm them financially with very few consequences,” said Senator Gillibrand. “Under the current system, when seniors report these crimes, the information often isn’t shared with the proper authorities, and scammers are able to continue committing these crimes against other seniors. We need to do everything we can to prevent and fight back against senior fraud. This new legislation would give seniors the resources they need to be educated about this crime and tools to get help if they have been a victim of this crime.”

Every year, it is estimated that tens of thousands of seniors in New York are victims of financial scams and abuse. The Senior Financial Empowerment Act would ensure that seniors and their caregivers have critical information regarding financial abuse, standardize and improve the way elder financial abuse is reported, establish a national hotline that would advise seniors on where and how to report fraud, and provide more resources to combat financial exploitation of older adults before it happens.

“It is critical that we do all we can to protect our seniors. Bad actors often target vulnerable seniors with scams over the phone or internet in an attempt to commit financial fraud against them,” said Rep. Claudia Tenney. “I am honored to stand with Senator Gillibrand today to advocate for our seniors and advance policies that will provide vital resources to protect them against these unacceptable transgressions that put their finances and savings in jeopardy.”