The March for Science comes to Utica today 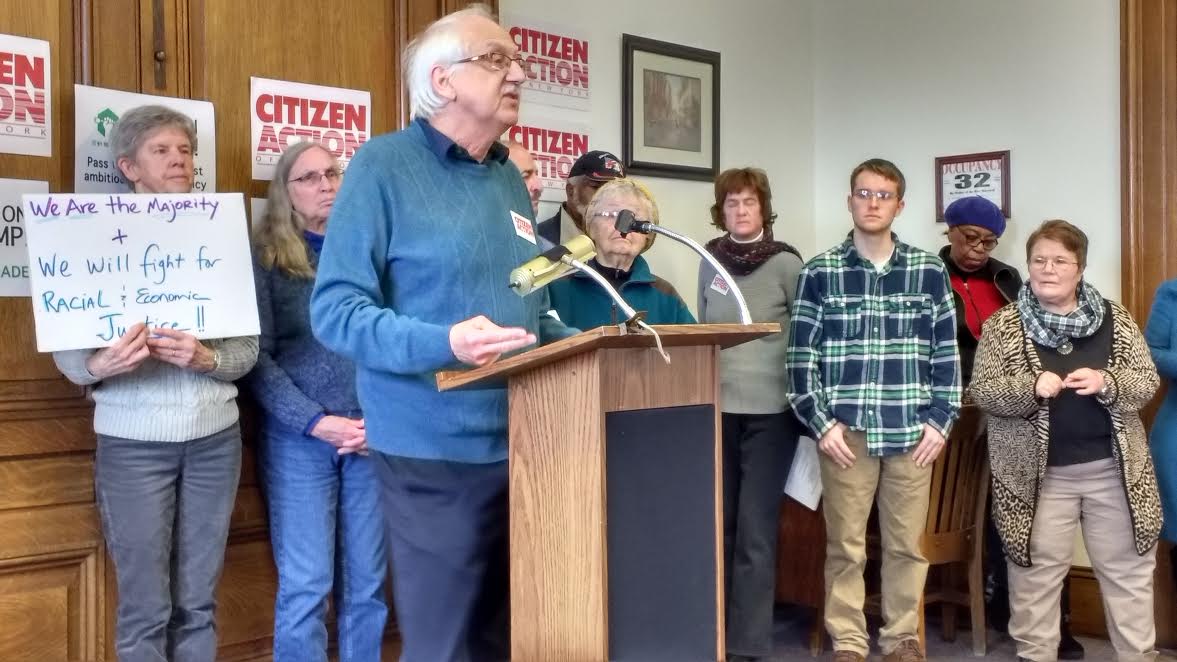 Rally for the Earth follows march
(04/22/17) Local citizens, in coordination with advocacy group Central New York Citizens in Action, Inc., will hold a public demonstration in support of scientific inquiry and scientifically sound legislation Saturday, April 22.
It will take place from 4  to 5 p.m. at the Oneida Square roundabout in Utica.  Following the demonstration, attendees will meet at the DeSales Center, 309 Genesee St., Utica, for the Rally for the Earth which will be held from 5 to 8 p.m.
In the event of rain, attendees will convene at the DeSales Center at 4 p.m. The events are free and open to the public.
Approximately 100 people have committed to attend the pro-science demonstration, happening from 4 to 5 p.m. at the Oneida Square roundabout in downtown Utica. The Utica March for Science is a satellite march of the national March for Science, happening in Washington, D.C., the same day. The marches are taking place across the country in response to the Trump administration’s budget cuts to science related government agencies and its general hostility to the scientific consensus on issues ranging from
vaccines to climate change.
The marches are happening on Earth Day as a way to signify our responsibility to use science as a tool to protect and promote our planet. Among the speakers will be Dr. Linda Weber of SUNY Poly and Dr. Kenneth Mazlen, Emeritus, SUNY Polytechnic Institute.
The Rally for the Earth will include a  panel discussion regarding the relationship between science and public policy, cuts to the Environmental Protection Agency and science programs, and the importance of passing the New York Renews comprehensive climate legislation. The Rally will also feature live music by Jay Schnitt, potluck supper and refreshments, and vendors.
Among the legislative agenda items which advocates will be demanding at the Rally for the Earth will be: 1) Stop the  proposed Trump administration’s $2.6 billion slash in funding for the Environmental Protection Agency (31 percent of its current budget); 2) Oppose President Trump’s agenda of attacking climate action and promoting fossil fuel development; 3) Keep the U.S. in the Paris Climate Accord of 2015; 4) Enact the Climate and Community Protection Act – NY Renews – that will put into law the state’s climate goals while protecting frontline communities and ensuring the creation of good union jobs in a growing renewable economy.
Central New York Citizens in Action members say that one of the first casualties of the new American regime will be the country’s relationship to science.
“President Trump and the congressional Republicans have shown nothing but distrust and skepticism toward matters of settled science,” said CNY Citizens inAction member Kevin Nugent. “Trump has ordered budget cuts or freezes to the Environmental Protection Agency, the Centers for Disease Control and Prevention, the Department of Health and Human Services and the Department of Agriculture, all of which perform vital scientific research or aid in the dissemination of science-related information and the creation of scientifically sound public policy.’”
CNYCIA members also feel that the Utica area is primed to feel the Trump administration’s support for scientifically flawed legislation and budget cuts first-hand.
“Budget cuts to science-related agencies can easily trickle down and affect the central New York region,” said CNY Citizens in Action member Amy Francisco. “Important scientific research, from medical to biotech to nanotech, is performed right here in our own backyard.”