Laura S. Haviland to be inducted to Abolition Hall of Fame 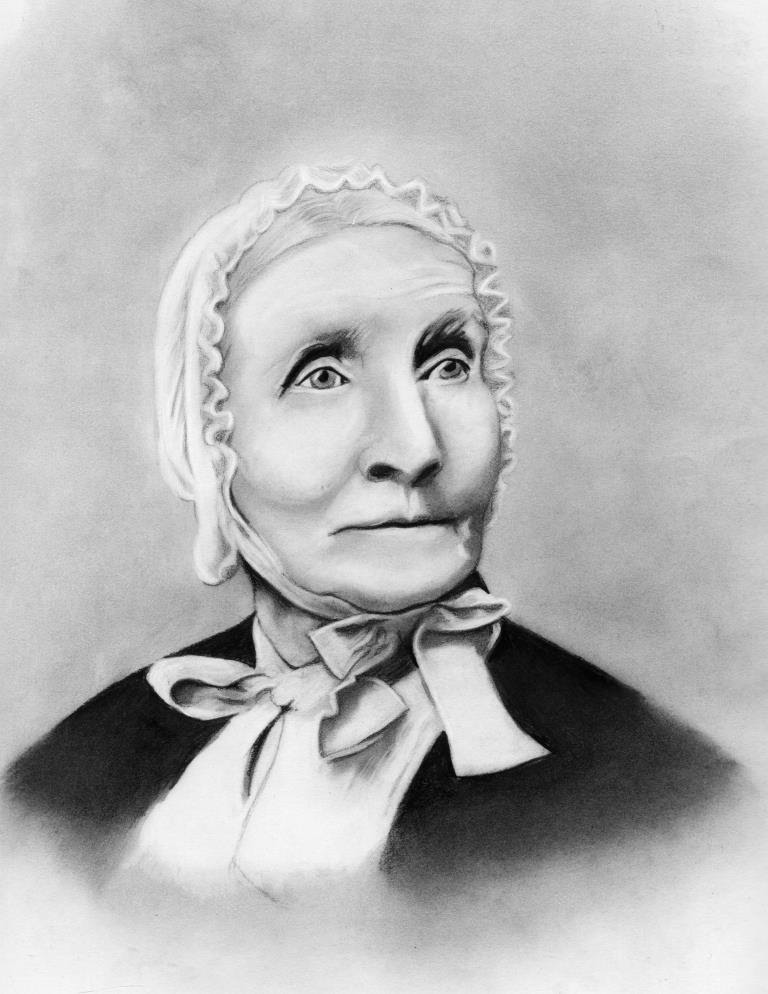 Laura S. Haviland to be inducted to Abolition Hall of Fame

Laura Smith Haviland will be inducted to the National Abolition Hall of Fame and Museum on Saturday, Oct. 20, 2018, at ceremonies held at 5255 Pleasant Valley Road in Peterboro. At 2:30 p.m., James L Dumouchel will present a program on Haviland during the afternoon Abolition Symposia, and at the 7 p.m. Induction Ceremonies Dumouchel will officially nominate Haviland to the Hall of Fame, and sponsors will unveil Haviland’s banner which will be installed in the Hall of Fame. A second Haviland banner will also be available for outreach exhibits.

Laura Smith Haviland (1808-1898) was converted to the abolition cause after reading John Woolman’s history of the slave trade. She was born in Ontario, Canada, spent her childhood in Niagara County NY, and after marriage at age 17, moved with much of her extended family to what is now Lenawee County in the Michigan Territory. In 1832, with anti-slavery poet and recent immigrant to Michigan, Elizabeth Chandler, she founded the Logan Female Anti-Slavery Society, the first such organization in the Old Northwest Territory. Chandler’s untimely death two years later required Haviland to take over leadership while raising her young and growing pioneer family. With her husband and brother, she founded the Raisin Institute in 1837. The school was interracial, coeducational, and provided a safe education for black settlers and fugitives from slavery. Widowed in 1845 with seven children, she managed to maintain her family farm while traveling regularly through Ohio, Michigan, and Canada lecturing, teaching, and guiding fugitives to freedom. She continued her work through and after the Civil War supplying aid to Union troops, and working at the Freedman’s Aid Bureau in Washington DC, teaching orphans, Native Americans, and newly freed slaves. In 1881 she published her autobiography, A Woman’s Life Work: Labors and Experiences, in support of her continued advocacy for post-war African American rights.

Jane Leslie Batty (New Orleans, LA) and James L. Dumouchel (Normal IL) each nominated Laura Smith Haviland to the Hall of Fame. Dumouchel, who will present the Haviland program, was born in Muskegon, Michigan. He graduated from Muskegon High School, and then George Williams College with a degree in sociology and psychology. James started his work life in the YMCA in central Illinois, then switched to Information Technology, working for a manufacturer, a distributor and two insurance companies. He is married, has two children and four grandchildren. After retirement James became interested in his genealogy. His mother had begun some research into her family tree, and this is where he started. He remembered that his mother had said that there was a ‘famous’ person on her mother’s side. Reviewing the research his mother had completed, he found a number of articles on Laura S. Haviland. He undertook further research, eventually taking a trip to visit the Lenawee County Historical Museums in Adrian, Michigan where Laura had lived for much of her life.

The public is encouraged to participate in all or parts of the Induction Weekend on Saturday and Sunday October 20 and 21. Registration opens at 8 am Saturday morning October 20 at 5255 Pleasant Valley Road. At 9 a.m. Norman K. Dann PhD, biographer of Gerrit Smith, will conduct a tour of the Gerrit Smith Estate National Historic Landmark, and NAHOF Cabinet of Freedom members will host a tour of the Abolition Hall and Museum at 10:30. Both tours will be provided at the same time on Sunday morning for persons unable to attend the Saturday tours.

Roger Hiemstra The Annual meeting for NAHOF members will be held at 11:00 on Saturday. At 12:30 the Peterboro United Methodist Church will serve a sandwich buffet at NAHOF.  At 1:15 p.m. the Abolition Symposia will begin with opening remarks and announcements, followed directly by Marcia C. Robinson’s presentation on Frances Ellen Watkins Harper. At 2:30 pm James L Dumouchel will present on inductee Laura S. Haviland, and at 2:30 PhDwill provide a program on inductee Rev. Samuel J. May.

At 5:00 Michael’s Fine Food and Spirits will serve a 19th C. inspired dinner featuring four entrée selections. Reservations must be made by October 5.

At 7 pm the Induction ceremonies will be held in the Hall. The Hall of Fame banner for each inductee will be unveiled by the sponsors of the banner following a brief introduction of each inductee. Banner sponsorships of seventy-five dollars are due September 13 with name and affiliation to the inductee. Event registrations are due October 5 to NAHOF, 5255 Pleasant Valley Road, Peterboro NY 13134. For more information and for registration forms: 315-280-8828 or nahofm1835@gmail.com,  and for the Deli 315-684-3131.