Notes from the town of Hamilton November meeting 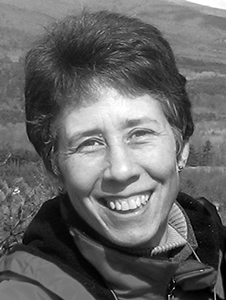 Notes from the town of Hamilton November meeting

The Preston Hill speed issue was revisited at the November Hamilton Town Council meeting. Previously a petition to reduce speed limit was received and discussed by the town council. Because of the nature of the road and history of crashes, the council went forward with a resolution to reduce speed in risky areas by posting portions of the road at 30 mph.

Subsequently, another resident requested more of the road be posted. As the town council looked further into the regulations it became clear that we did not have the authority to post a new speed limit. The new 30 mph signs will be taken down while the town follows proper channels and requests the state do a speed study. The town office will support a request for a study and include petitions and photos from the community illustrating past accidents and the need to calm excessive speed on the road. Two studies will be requested—Preston Hill Road from 12B to Horton Road and then on to Hoose Road.

Jennifer Marotto Lutter, executive director, of the Partnership for Community Development spoke about a housing study recently completed for Hamilton. The study recommends that new housing units be built with varying price points and a mix of apartments, single residences, senior housing. The majority of housing initiatives would happen in Hamilton village. The town was encouraged, in keeping with the comprehensive plan, to focus on protecting rural character and open space and upgrade existing housing stock outside of the villages There are housing grants for upgrades and energy efficiency, mobile home replacement and first-time ownership programs available for residents which can be found through the PCD thisishamiltonny.com/work/pcd.

As part of the budget hearing the fire protection contracts were authorized for the village of Earlville in the amount of $18,155) and the village of Hamilton in the amount of $67,604. The 2019 preliminary budget was explained by budget officer Peter Darby and Brynley Wilcox, bookkeeper. Points such as rising insurance costs, SOMAC requests and the new brine system on snow plows, were discussed and clarified. The projected budget for 2019 is $803,860 a 2.84 percent increase from last year. The budget was approved by the town council. Details can be found on the town website and at the town office.

As the highway crew prepares for winter, which already seems to be here, they have been busy with ditching and pipe installation as well as road repair. Salt brine tanks were installed on two trucks just in time for snowfall.

In news from the town office, Wilcox reported more than $25,000 has been received from county for casino money. Our clerk has been issuing hunting licenses and is preparing the office to go live with the electronic death registration system in mid-December.

The clean energy grant RFP arrived for $50,000 to be applied to installation of geothermal heat at the town garage.

The Zoning Update Committee continues work on a conservation subdivision law and density of development while the updated floor plain law is ready for review by the DEC. Town office is still working on site plan review update.

In the wake of an informational meeting on the town office held in October, and considering discussion with Town residents, the Town Council resolved to approve expenses for new Town Office building. This resolution is subject to permissive referendum, meaning a vote can be held on the issue if residents submit petitions no later than 30 days past the resolution adoption date of Nov. 8.

The Hamilton Town Council meets on the second Thursday of the month at the Village Courthouse in the Village of Hamilton at 6:30 p.m. Our next meeting is Dec. 13. We invite and encourage you to join us.

Editor’s note: Chris Rossi is a member of the Hamilton Town Council.