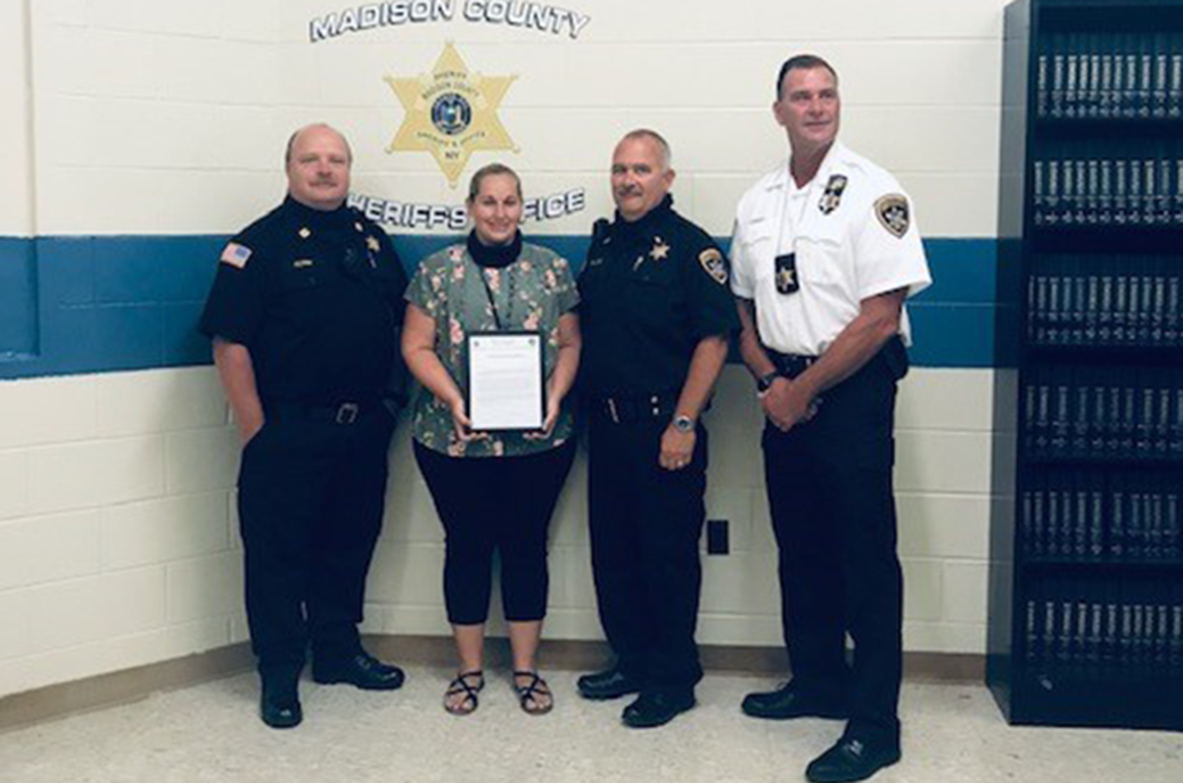 MOBOCES Adult Education Case Manager Melissa Hale received a special commendation this month from Madison County Sheriff Todd Hood for her work during the pandemic to support inmates at the Madison County Jail.

Hale joined the BOCES Consortium of Continuing Education, an adult education partnership between MOBOCES and Oneida BOCES, in December. Just three months later, COVID-19 forced the shut-down of all literacy education and outside programming at the jail.

Hale, however, was considered essential personnel and she quickly worked to coordinate with outside agencies on programming to continue supporting inmates’ needs.

“Due to Melissa’s actions, the safety and security of the facility was greatly enhanced while the inmates developed valuable skills,” Hood said in his July 22, 2020, recognition of Hale’s work.

Since New York’s shelter-in-place rules went into effect, Hale has provided literacy packets to inmates who are earning their high school equivalency diplomas and she transitioned the Law Library to tablets. She also developed nine virtual programs to support inmates with a variety of needs and issues, including securing technology and developing schedules to keep participating inmates on track. These free programs included Healthy Families, narcan training, Crossroads Community Church, AA and a bible study, and most are running at capacity.

Hale said she was surprised and honored to be recognized for her work.