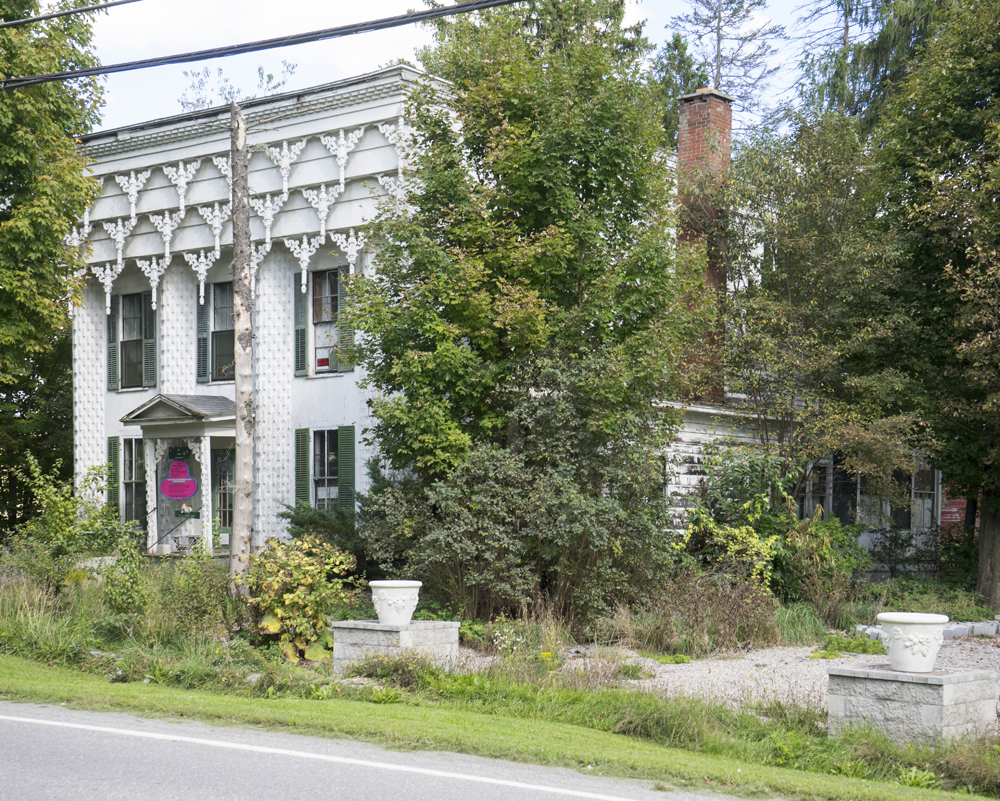 Spirit House, 916 NY 26, was built ca. 1864-1868 by Timothy Brown, a follower of Spiritualism, a religion that emphasized communication with spirits.

PACNY hopes this listing will encourage the owner to work with public and private entities to ensure the building’s preservation for future generations.

The purpose of Eight That Can’t Wait is to raise public awareness about historic resources that are threatened by issues such as neglect, redevelopment, natural disasters and inappropriate alterations. Such lists are common among preservation advocacy organizations and include the National Trust’s “Eleven Most Endangered” list and the Preservation League of NY’s “Seven to Save.” In addition to raising public awareness, PACNY will track progress on the endangered properties and offer technical assistance to property owners and community members to help affect positive outcomes for the properties.

PACNY’s board of directors selected nominees from each of the five counties, two from the City of Syracuse, and one at-large listing. Next year, PACNY will solicit nominations from its membership. Nominees to the Eight That Can’t Wait can include individual buildings, structures, and objects; landscapes such as parks and historic districts; and archaeological sites. In the future, region-wide historic preservation issues may also be included in the threatened list.

These are the properties named the 2018 Eight That Can’t Wait:

PACNY was founded in 1977 and covers Onondaga, Oswego, Cortland, Cayuga and Oneida counties. The organization is dedicated to the preservation of the historical and architectural resources of Central New York. Learn more at PACNY.net.