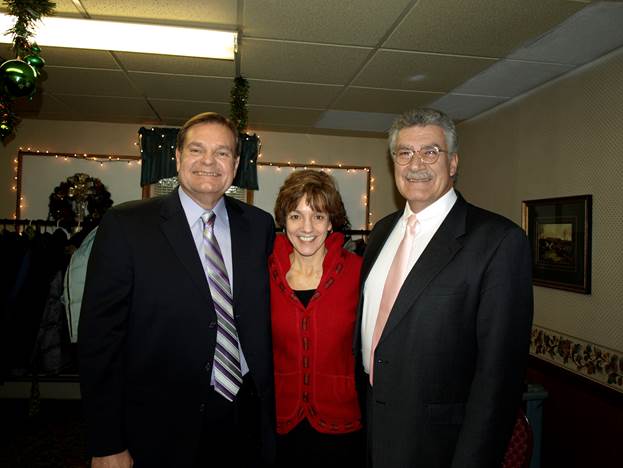 Campbell began working at the non-profit agency as a vocational evaluator. At that time, there were approximately 50 employees supporting roughly 175 people with developmental disabilities. During his 42 years of employment and working in more than half a dozen positions at The Arc of Madison Cortland, he said he has witnessed growth within the agency.

With the heart and inspiration of many parents, family members and friends, programs were developed at The Arc of Madison Cortland. Through the years, programs, supports and services have evolved and expanded.

Today, The Arc of Madison Cortland employs approximately 500 people and supports more than one thousand people throughout Madison and Cortland counties.

“After the Willowbrook Consent Decree, I saw the closing of the snake pit institutions and witnessed the move to community-based services, which integrated people into the fabric of society,” said Campbell. “There is still much to do to change people’s minds about the abilities of people with developmental disabilities. It’s a marathon, not a sprint, to move peoples’ prejudices and preconceived notions.”

Grassroots advocacy is how The Arc of Madison Cortland formed as founding parents realized their children not only needed, but deserved, a fair chance to succeed in life.

“I can retire from ‘work,’ but I can never retire from being an advocate for our families and the people we support,” Campbell said.

Perry has been with The Arc of Madison Cortland for more than 20 years.

“His skill set is exactly what is needed to move the agency into the future,” said Randy Schaal, Board of Directors president.