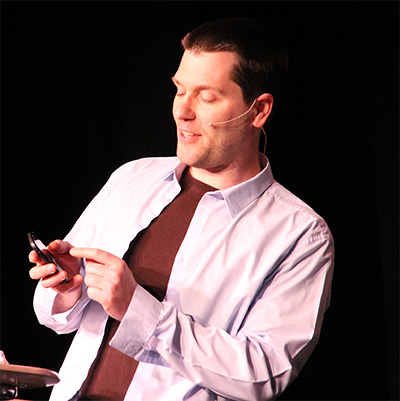 Actor and playwright Tim Collins will appear at Oneida Public Library’s Family Super Saturday at 11 a.m. April 6, to perform his new one-man show “Speaking Up, Speaking Out,” a play about cyberbullies and the impact of electronic devices on the lives of students and their families.

In this free performance, Collins portrays a range of compelling characters, both comic and dramatic, while he provides the audience with various strategies to deal with cyberbullying and to navigate a tech-saturated society.

Collins has toured nationally as a solo theater performer for more than 18 years. In addition to his other play on bullying, “Standing By, Standing Up,” he has performed in schools, community centers and performance spaces “The Script,” which concerns domestic violence against women; “TBH” (“To Be Honest”), a play about social media, cyberbullying and online relationships; and “On the Outskirts of Everything,” a comedy-drama in which he performs multiple characters.

Collins’ performance of “Speaking Up, Speaking Out” at the OPL is free and open to the public.

For more information about Collins and his plays, visit timcollinsonline.com.