50 locals ask: ‘Where are the children’ 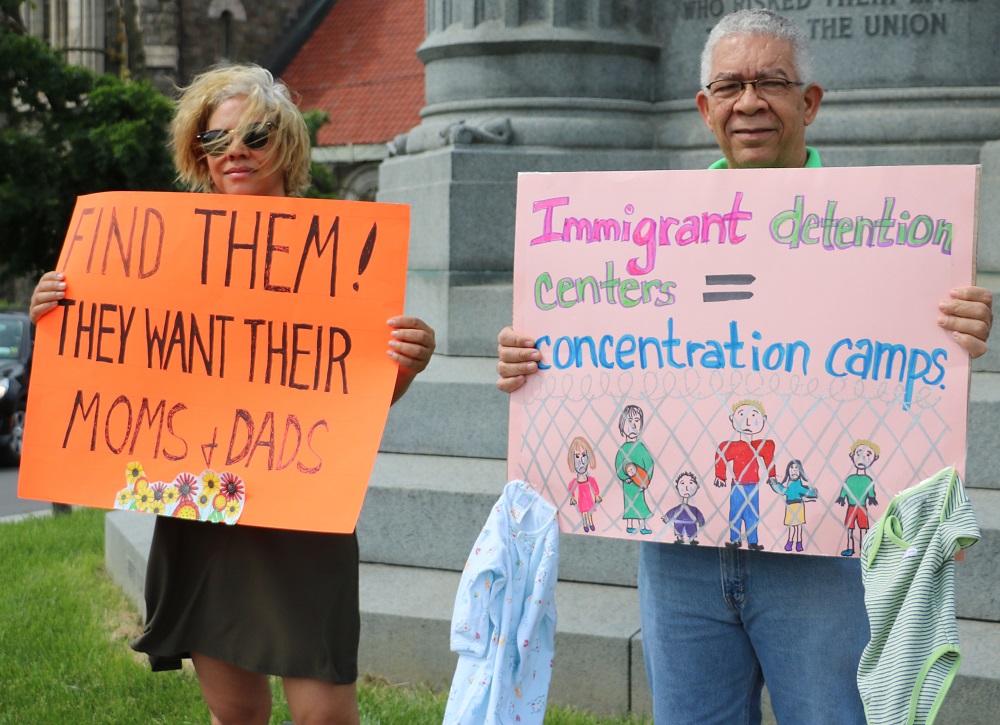 Fifty local residents turned out Sunday, June 9, 2019, International Children’s Day, to draw attention to the suffering caused to children and families by the inhumane zero-tolerance family-separation policy on immigration begun last year by the Trump administration.

The rally, which asked Where are the Children? was held on Oneida Square in Utica and was sponsored by Indivisible Mohawk Valley.

“We sadly know that there are several thousand children who are being separated from their parents due to Donald Trump’s family separation policy, but we don’t know how many of these children have been or will ever be reunited with their parents,” said Debbie Salema Lindon, one of the event’s organizers. “We are asking ‘Where are the children?’ to make people aware of this fact and that something needs to be done to reunite these families. Families belong together.”

Participants brought children’s pajamas, which were displayed  on several clothesline then donated to shelters and non-profits serving children and families.

The IMV event was held in conjunction with the “Where are the children?” event the same day on the National Mall in Washington, D.C.