Cazenovia-raised artist, physician to open art exhibition at the library 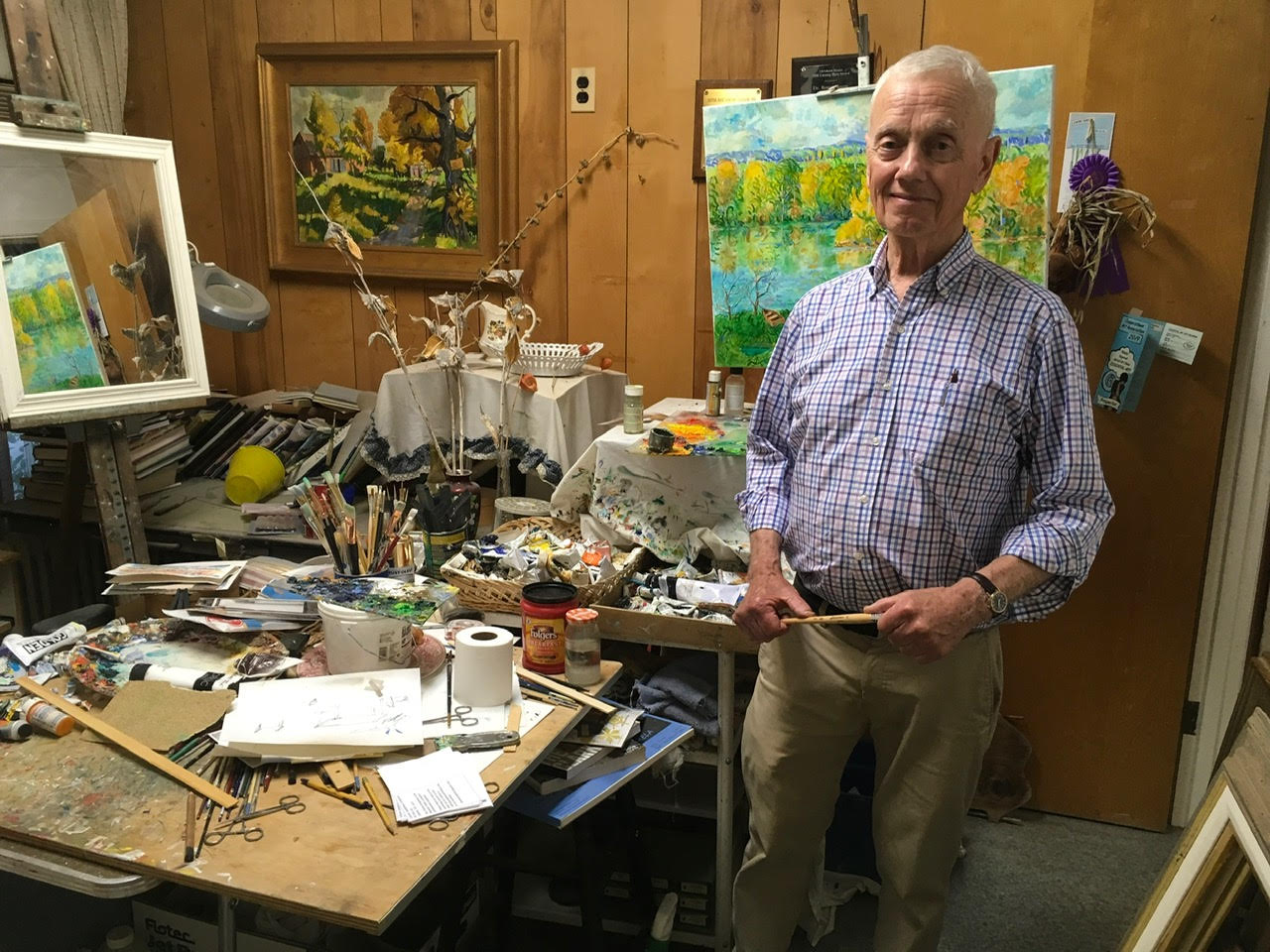 The Cazenovia Public Library will showcase the work of Cazenovia-raised artist Roger Moore in the Gallery throughout the months of September and October.

Moore, 89, was born on an apple farm in Pompey Hollow.

He began drawing and painting his surroundings at the age of 7 or 8.

He graduated from Cazenovia High School, where he studied under nationally acclaimed watercolorist Merrill A. Bailey (1909-1981).

Moore earned a bachelor of fine arts degree from Syracuse University in 1952, and he was pursuing a master’s degree in art when he was drafted as a foot soldier into the Korean War.

He spent two years in Korea before returning home and starting a pre-med course at SU.

After graduating from medical school in Syracuse and completing a family practice residency at St. Joseph’s Hospital, Moore and his family moved to Clinton, where he practiced medicine for nearly 40 years.

His artistic interests include set design for opera and musical theater; stained glass; small watercolors; and painting — primarily in oils.

He has completed more than 820 oils and 2,000 small watercolors.

His artwork has been exhibited across Central New York and has received several awards.

“We live in a beautiful spot on this earth,” Moore said. “Having grown up on a farm in Central New York, the wonder of the hills, the fields, the sky, the villages, the seasons, are all blended in my memories and current conceptions.

“To paint inspired by what I know and understand is joy. The need to preserve a bit of the spirit of where we live, on canvas, will drive me as long as I have the wit and energy to do it.”