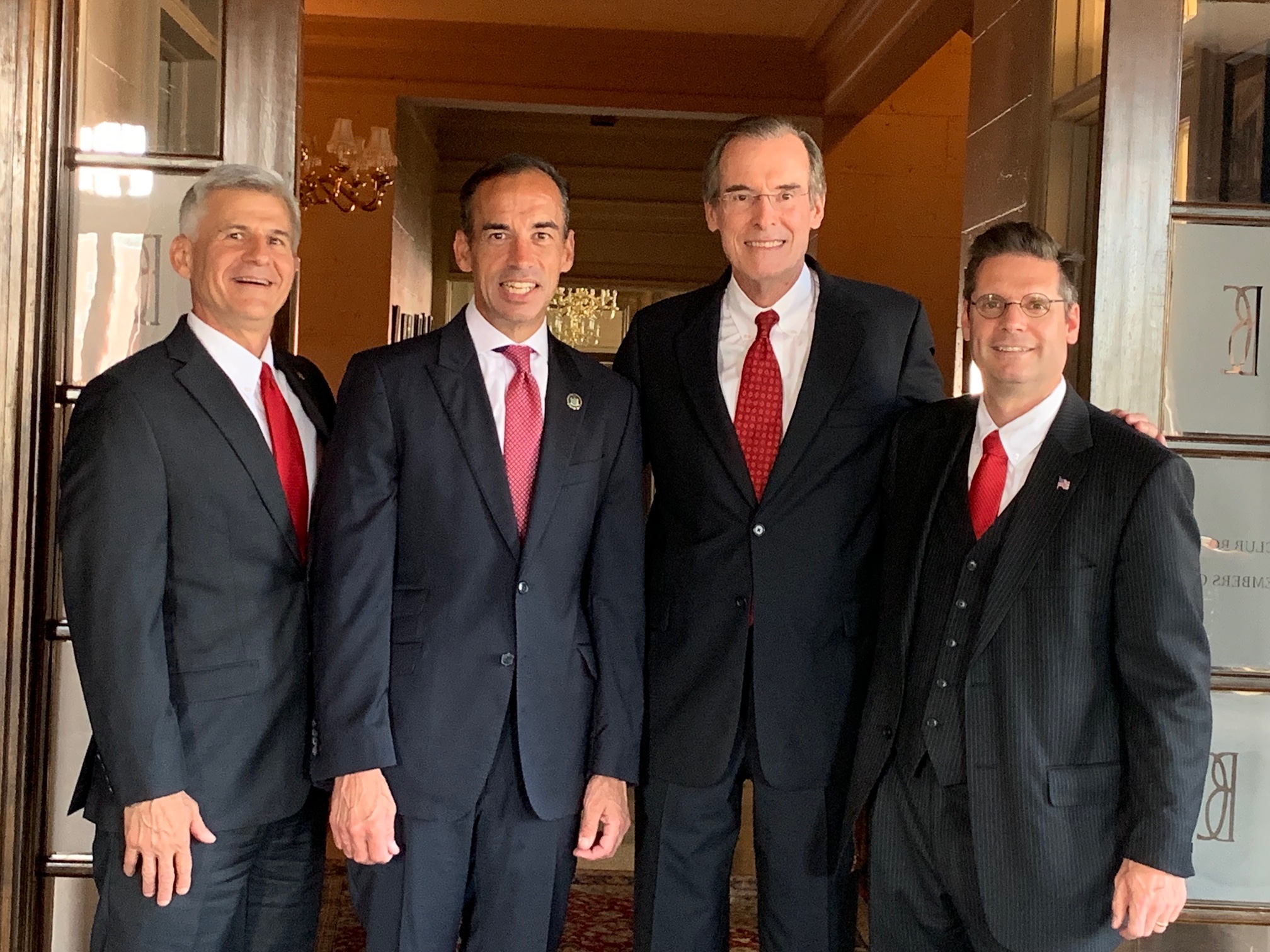 Three seats for state Supreme Court in the Sixth Judicial District will be on the ballot this year, due to the recent retirement of Judge Judith O’Shea of Chemung County and the impending retirements of Judges Ferris Lebous of Broome County and Phillip Rumsey of Cortland County.

Voters will be able to vote for three candidates in the election.

The retired justices issued a joint statement: “Serving as a State Supreme Court Justice is a weighty responsibility and should be entrusted only to individuals with appropriately high standards of professional experience and personal character. Baker, Blaise and Masler exemplify the characteristics that are needed to serve in these critical positions within our justice system. We enthusiastically join together to endorse them in this year’s election.”

Baker, 50, serves as a Chemung County Court judge and acting state Supreme Court justice. Since taking office in 2016, Baker has presided over thousands of cases covering all aspects of the law. Prior to being elected to county court, he served as the confidential attorney, counselor and principal law clerk for O’Shea, whom he is running to succeed. He was born and raised in Elmira and lives with his wife Karen and their two sons on the same street where he grew up.

Blais, 47, is currently a partner at Coughlin & Gerhart in Binghamton and has been an attorney for more than two decades, serving as general or litigation counsel to municipalities, fire districts, fire companies and school districts. He has performed trial and appellate work in municipal and commercial cases, intellectual property, real property and personal injury litigation in state and federal courts and administrative agencies. Also a former election commissioner with the Broome County Board of Elections, Blaise and his wife, Dalya, are parents of four children, and he is active with United Way and Sertoma Club in Binghamton.

Masler, 59, has served for 11 years as the attorney and principal law clerk to Supreme Court Rumsey, whom he is running to succeed. He was born and raised in Broome County and attended Cornell University, where he studied agriculture and earned a degree in business management. After college, Masler and his wife Bernice operated a family dairy farm for seven years before he returned to Cornell Law School. Masler previously practiced law as a partner at Harris Beach, PLLC, in Ithaca. The Maslers have lived in Cortland County for 35 years; they have four children and one grandchild.

The general election is Tuesday, Nov. 5. New York state will also permit early voting this year between Oct. 26 and Nov. 3 at designated polling sites. Voters interested in voting early should call their local board of elections for details.