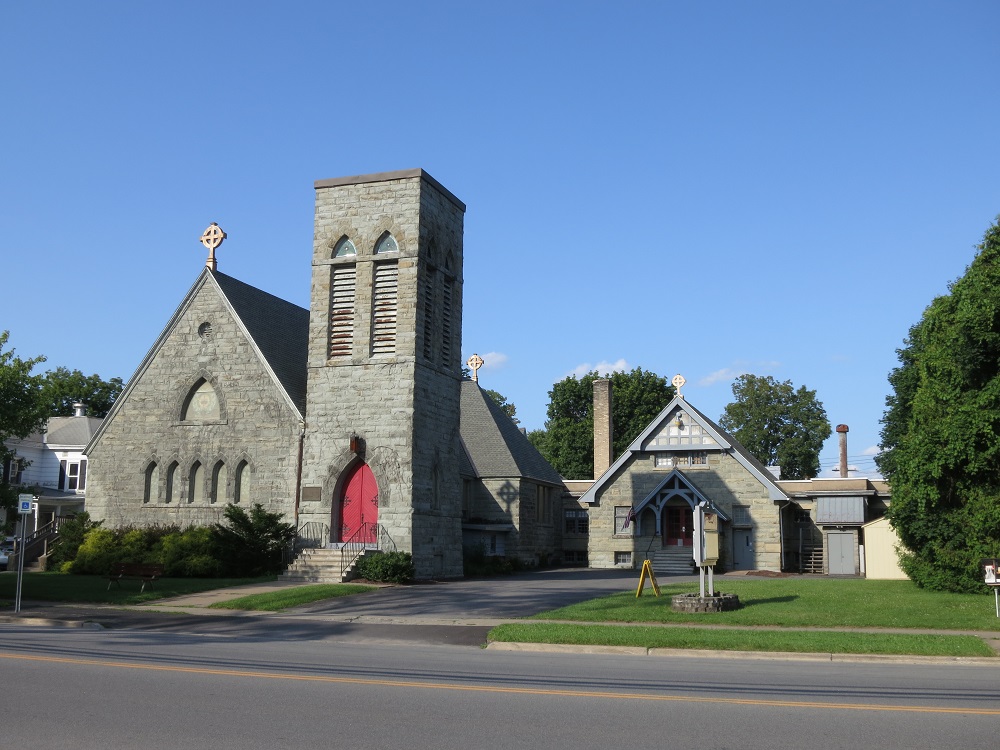 The Gothic Revival, granite “Warsaw Stone” building was completed in 1895 to the designs of Buffalo architect W. H. Archer. In addition to worship, the congregation reaches about 550 people a year with youth outreach, a feeding program, a prayer-quilt guild and women’s fellowship.

“We are very pleased to be able to assist another diverse group of religious institutions,” said Peg Breen, President, The New York Landmarks Conservancy. “Aside from architectural merit, each one is an important community anchor.”

The Sacred Sites Program provides congregations with matching grants for planning and implementing exterior restoration projects, technical assistance, and workshops. Since 1986, the program has pledged over 1,493 grants totaling more than $11.1 million to almost 805 religious institutions statewide.

The New York Landmarks Conservancy has led the effort to preserve and protect New York City’s architectural legacy for more than 45 years. Since its founding, the Conservancy has loaned and granted more than $52 million, which has leveraged more than $1 billion in 1,550 restoration projects throughout New York, revitalizing communities, providing economic stimulus and supporting local jobs. The Conservancy has also offered countless hours of pro bono technical advice to building owners, both nonprofit organizations and individuals. The Conservancy’s work has saved more than a thousand buildings across the City and State, protecting New York’s distinctive architectural heritage for residents and visitors alike today, and for future generations. For more information, visit nylandmarks.org.