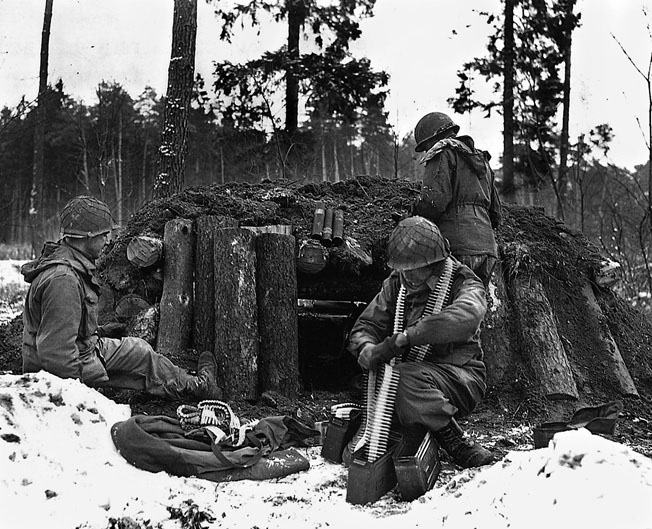 The division is now part of the New York Army National Guard, headquartered in Troy

In the earliest days of 1945, the infantrymen of the 42nd Infantry Division, now a part of the New York Army National Guard, were locked in desperate combat against German tanks and paratroopers during Hitler’s final offensive in Western Europe.

Operation Nordwind, sometimes called “the other Battle of the Bulge” kicked off on New Year’s Eve 1944 in the Alsace region of France. The American and French armies fought desperately to halt the attack and hold onto the city of Strasbourg, the capital of Alsace.

Three regiments of 42nd Infantry Division soldiers, who had been hurried to France without the rest of their divisional support units, had arrived in Strasbourg, France, just before Christmas 1944. They expected to spend time in a quiet sector to learn the ropes of combat.

They could not have been more wrong.

The 42nd Infantry Division had been made up of National Guard troops during World War I and nicknamed “the Rainbow Division” because it contained elements from 26 states.

In World War II, the division was reactivated but filled with draftee soldiers. With a desperate need for infantry troops in Europe, the soldiers of the 222nd, 232nd and 242nd Infantry Regiments had been pulled out of training in the United States and shipped to southern France.

The three regiments were named Task Force Linden, because they were commanded by the division’s deputy commander Brig. Gen. Henning Linden. They were committed to battle without the artillery, armor, engineers and logistics support the rest of the division would normally provide.

The attack came as a shock to the newly arrived infantrymen, explained Capt. William Corson in a letter to a 42nd Division reunion gathering in 1995. Corson commanded Company A in the 1st Battalion, 242nd Infantry.

“The green, inexperienced troops would occupy a small town named Hatten since the Germans had nothing more than small patrols in the area. At least that was the information given at a briefing, but someone forgot to tell the enemy,” he wrote.

German paratroops and panzer forces with tanks and self-propelled guns crossed the Rhine River 12 miles north of Strasbourg and clashed with the thinly stretched Rainbow Division infantry at Gambsheim Jan. 5.

For the next three weeks, the three regiments defended, retreated, counterattacked and finally stopped the Germans.

The first week was a frenzied effort to halt the German advance, with companies and battalions moved around the front like firefighters plugging gaps, Corson said. The fighting was so desperate that the 42nd Division even threw individual rifle companies into the fight whenever they became available.

“Officers knew little more than the GI,” Corson said. “One morning, my company moved to a barren, frozen hillside with orders to dig defensive positions covering an area about three times larger than we were capable of adequately defending. After four hours of chipping away at the frozen ground, we were told that this position would not be defended, so we moved to another frozen spot about 10 miles away and started digging again.”

At Gambsheim, the odds were too great for the American infantry. The majority of its defenders from the 232nd Infantry Regiment were captured or killed.

In a failed Jan. 5 through 7 counterattack at Gambsheim, units from all three regiments were combined in a patchwork force that was ultimately repulsed.

Dan Bearse, a rifleman with the 242nd Infantry in the counterattack, recounted the events in an oral history.

“They had tanks and heavy artillery, endless infantry troops,” Bearse recalled. “We were outnumbered two or three to one. So we were quickly repulsed. Lost lots of people, killed, wounded and captured. And we were thrown back immediately,” he said of the Jan. 6 battle. “We were badly mauled and it was very demoralizing. That was our baptism of fire. And it was a loser.”

At Hatten on Jan. 10, 1945, the 242nd Infantry Regiment and a battalion from the 79th Division tried to stop the German tanks and paratroopers again. The defenders were overrun.

Corson was wounded and captured with dozens of his soldiers, but one soldier from the 242nd Infantry, Master Sgt. Vito Bertoldo, decided to stay. Bertoldo, who was attached from Corson’s Company A to the battalion headquarters, volunteered to hold off the Germans while other soldiers retreated.

Bertoldo drove back repeated German attacks for 48 hours. He was exposed to enemy machine gun, small arms and even tank fire.

Moving among buildings in Hatten to fire his machine gun, at one point, Bertoldo strapped it to a table for stability. He fired on approaching German tanks and panzer grenadiers, repeatedly defeating the German attacks and killing 40 of the enemy. For his actions, he was awarded the Medal of Honor.

“On the close approach of enemy soldiers, he left the protection of the building he defended and set up his gun in the street,” his Medal of Honor citation reads, “there to remain for almost 12 hours driving back attacks while in full view of his adversaries and completely exposed to 88-millimeter, machine gun and small arms fire.”

“All I did was try to protect some other American soldiers from being killed,” Bertoldo would tell newspapers back home after the war. “At no time did I have in mind that I was trying to win something.”

The Germans launched their final assault Jan. 24, just seven miles from the fight at Hatten, looking to cut American supply lines back to Strasbourg in the town of Haguenau.

They attacked straight into the 42nd Division.

Troops of the 222nd Infantry were dug in inside the nearby Ohlugen Forest, with thick foliage and dense fog concealing American and German positions.

The regiment had two battalions in the defense, covering a frontage of 7,500 yards, three times the normal frontage for a regiment in defense, according to the “42nd ‘Rainbow’ Infantry Division Combat History of WWII.”

Facing the Americans were elements of a German tank division, a paratroop division and an infantry division.

During the fighting, 1st Lt. Carlyle Woelfer, commanding Company K in the 3rd Battalion, 222nd Infantry, captured a German officer with maps detailing the German attack. The officer and another prisoner were put on an M8 Greyhound armored car for transport to the rear. But the German officer signaled for other Germans to come to their aid.

Three Germans moved on the vehicle, killing one American soldier, but were then killed in turn by Woelfer.

The back-and-forth fighting continued through the rest of the night as the 222nd fought to contain the German breakthrough toward Haguenau. The regiment earned a Presidential Unit Citation for its actions.

The 232nd Regiment was brought up from reserve to help in the defense. The defense had held as reinforcements from the divisions which had been fighting in the Battle of the Bulge arrived to push the Germans back.

By mid-February 1945 the rest of the 42nd Infantry Division arrived in France and the infantry regiments were rebuilt. The division then went on the attack against German units that had been severely ground down by the Nordwind attack.

For the Rainbow Division, their attack would lead into Germany and capture the cities of Wurzburg, Schweinfurt, Furth, Nuremberg, Dachau and Munich before the war ended in May 1945.

The present day Soldiers of the 42nd Infantry Division headquarters are currently preparing to deploy to Kuwait in 2020. During the 75th anniversary of World War II the Division of Military and Naval Affairs will be highlighting the division’s advance into Germany in 1945. 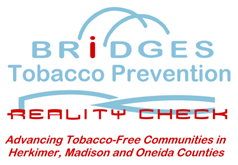 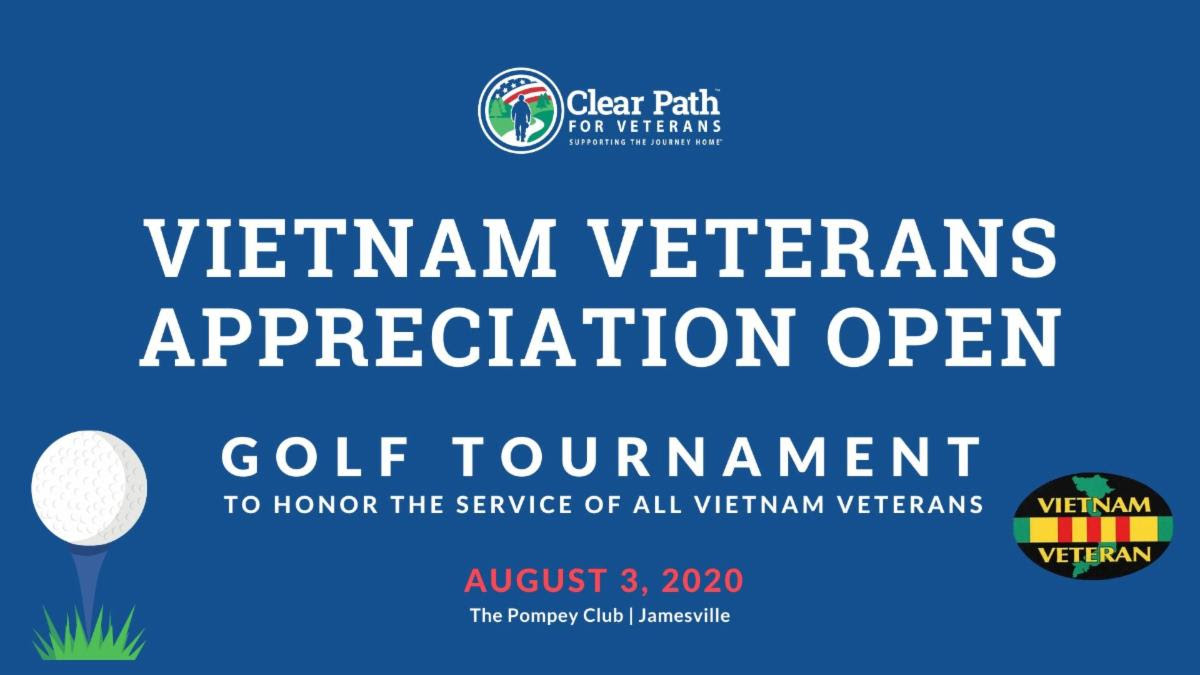