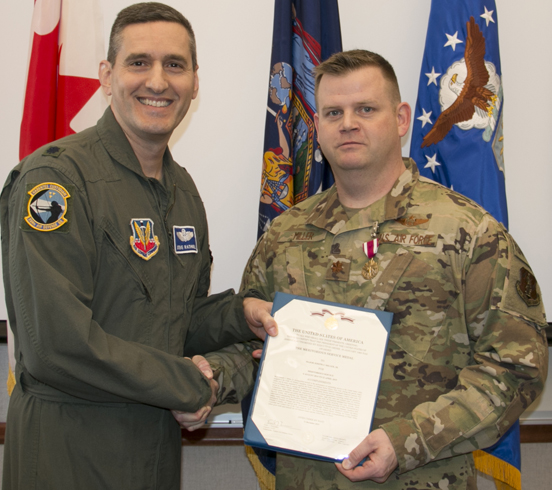 The Assistant Chief of Standards and Evaluations at the 224th Air Defense Squadron, Miller performed superbly during four National Special Security Events, where he controlled nine air patrols that provided protection for the president, congressional leaders and foreign dignitaries.

The 224th ADG provides the forces to conduct the Eastern Air Defense Sector’s mission. Part of the NORAD, the Sector is responsible for the air defense of the eastern United States.