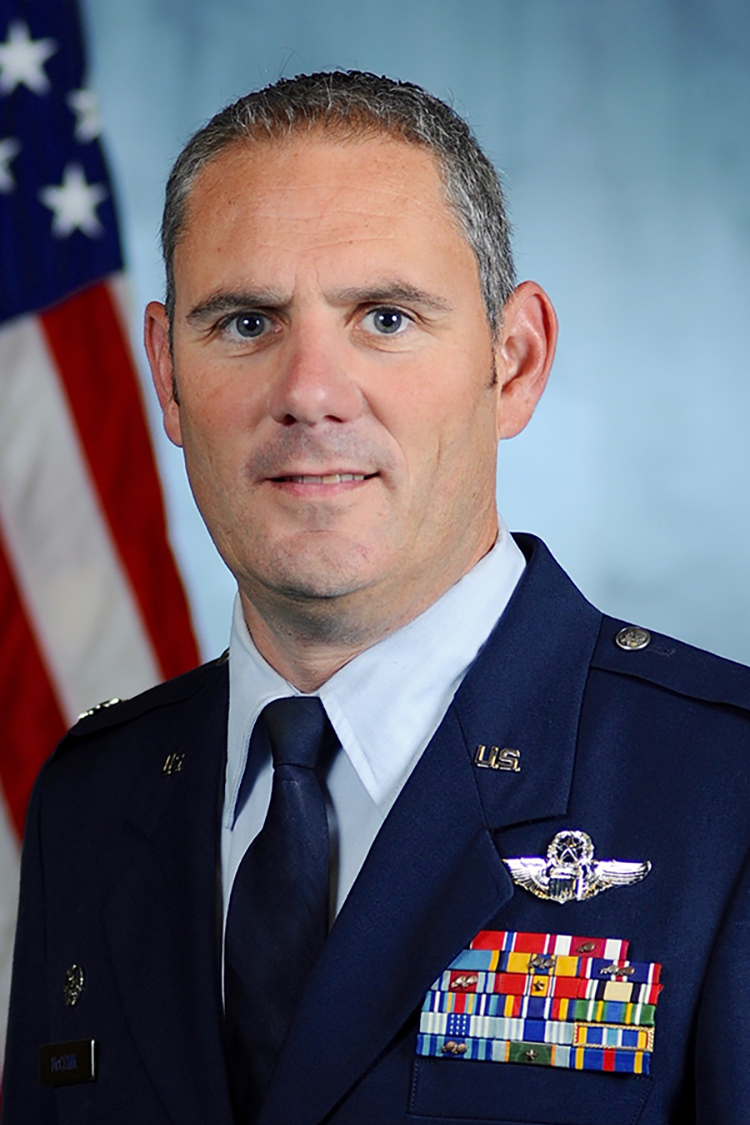 Col. William J. McCrink, III, of Cazenovia will replace Col. Michael Smith, who has led the wing since 2016

McCrink will replace Col. Michael Smith, who has commanded the wing since 2016. Smith will be retiring and working as a contractor with the 174th Flying Training Unit.

Because of the social-distancing requirements during the COVID-19 pandemic, this change of command did not take place during a massed formation of wing Airmen. The incoming and outgoing commanders and a few key leaders conducted the traditional flag-changing ceremony in one of the base hangers.

McCrink is a 1996 graduate of the United States Air Force Academy at Colorado Springs, Colorado. He is a command pilot with more than 2,000 flying hours in the F-16C Fighter and the MQ-9 Remotely Piloted Aircraft.

He held positions as the launch and recovery detachment commander and the 108th Attack Squadron commander before assuming his most recent role as the commander of the 174th Operations Group.

McCrink was also responsible for establishing the process through which the 174th Attack Wing can launch aircraft directly from Hancock Field Air National Guard Base, the first fully integrated daily MQ-9 Remotely Piloted Aircraft Operations in Federal Aviation Administration’s Class C airspace. Previously the MQ-9s flown during training had to be launched at Fort Drum.

McCrink has flown missions and deployed in support of Operation Noble Eagle, the defense of the United States after Sept. 11, 2001; Operation Iraqi Freedom, Operation Enduring Freedom and Operation Freedom Sentinel in Iraq and Afghanistan. He has participated in numerous NATO exercises and Tactical Evaluations as part of the NATO Strike Mission in Europe.

McCrink and his wife Kelly reside in Cazenovia with their four children.

The wing operates MQ-9 aircraft from Syracuse for training and provides combat patrols over Afghanistan and other locations. The MQ-9 has the ability to loiter over a battlefield and provide reconnaissance support to troops on the ground and attack targets when necessary.

The 174th Attack Wing also conducts training for MQ-9 mechanics and MQ-9 pilots and sensor operators for the Active Air Force, the Air Force Reserve and the Air National Guard.

Members of the 174th Attack Wing also respond to state emergencies. Members of the wing are deployed and supporting the New York National Guard response to the COVID-19 pandemic while the wing continues to fly operational missions daily.