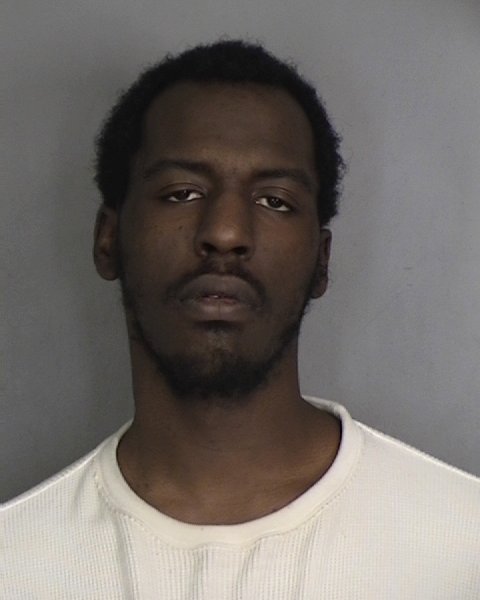 On July 26, 2020, at about 7:45 p.m. Utica police were dispatched to the 900 block of Schuyler Street regarding a fight involving a machete.

Upon arrival, they located a male victim suffering from a slash wound to his upper arm. The officers were informed that, during the course of an argument, Gary Bryan, 37, of Utica, brandished the machete and swung it at the victim, striking him once.

The male was transported to St. Elizabeth’s Hospital, where it was determined that he would need surgery to repair the injury. This surgery was successful and the victim’s wounds are not considered life-threatening.

Bryan was charged with second-degree assault and third-degree criminal possession of a weapon.

The Utica Police Department is actively seeking Justin Peak, 32, of Utica, for the July 21, 2020, murder of Cleastore Jefferson on James Street.

The weapon in the homicide has not been recovered, and it has been alleged that Peak has made numerous threats to law enforcement if he encounters them during apprehension.

On July 30 overnight into 31, 2020 the Utica Police Department responded to several incidents of shots fired around the city. During these incidents, two individuals were struck by gunfire

The first occurred in the 1500 block of Dudley Avenue around 10 p.m.

Police units were dispatched to St. Luke’s Hospital for a male who self-transported to the hospital suffering from a gunshot wound to his abdomen. The 27-year-old victim was conscious and alert and able to speak to officers. It was learned that he was on the 1500 block of Dudley Avenue when shots were fired, resulting in his injuries. A canvas of that location resulted in officers locating several spent 9mm shell casings. The investigation continues.

At about 12:20 a.m. July 31, Utica police were dispatched to the 100 block of Gold Street regarding a 4-year-old child being struck in the hand by gunfire.

The child was transported to a local hospital before police arrived, so they responded there, as well. Upon speaking with the family of the child, it was learned that the suspects had driven by the residence earlier and fired a shot toward it. Approximately 10 minutes later, the same vehicle and occupants drove by again and fired several more shots, one of which struck the child. Several spent 9mm casings were located on Gold Street. The child was transferred to a Syracuse hospital related to the injuries. The investigation continues.

As this was occurring, another shots-fired incident occurred on the 800 block of Chestnut Street. No injuries were reported at that scene; however, several spent shell casings were located.

It is unknown if any of these incidents are related, and police are actively investigating all of them.

Police ask anyone with information about any of these incidents to contact the Utica Police Department Major Crimes Division at 315.223.3510, to submit a 100-percent anonymous tip online through Mohawk Valley Crime Stoppers at mohawkvalleycrimestoppers.com, by calling 866.730.8477 (TIPS) or by using the P3 Tips mobile app.

At about 4:45 p.m. July 31, 2020, Utica police were dispatched to the intersection of Mohawk and Rutger streets regarding a shooting investigation.

Upon arrival, it was learned that a male had been struck in the midsection and needed immediate emergency care. He was transported to St. Elizabeth’s Hospital by the Utica Fire Department. The victim required surgery, due to internal injuries.

On Aug. 2, 2020, investigators with the Major Crimes Division were able to locate the suspect in the shooting. During the course of the investigation, it was learned that this was a road rage incident originating minutes before the shooting.

The suspect, Kham Khiamdavanh, 42, of Utica, was charged with first-degree assault and second-degree criminal possession of a weapon.

Additional charges may be levied.

On July 31, 2020 Utica police were dispatched to the 100 block of Gold Street regarding a shots-fired investigation.

It was reported that a group of juveniles were walking on the street when they engaged in an argument with a resident of the block. While the argument ensued, one of the group pulled out a handgun and fired one round into the air and fled through the yards toward Harding Place. Police units arrived within moments and were able to detain two nearby males matching the descriptions given.

The identity will not be released due to Raise the Age statutes.