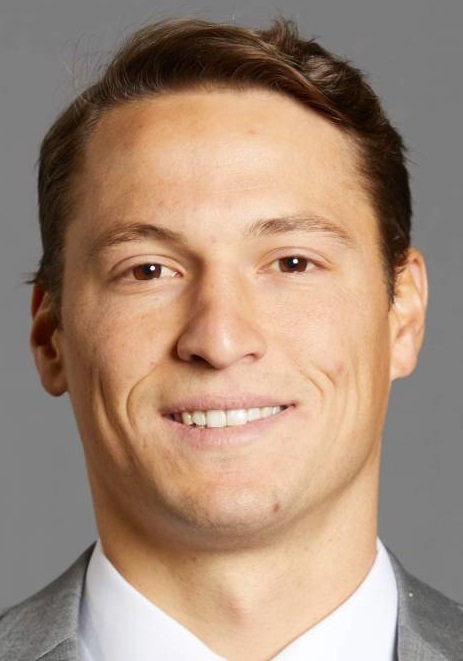 “We are absolutely thrilled to welcome Andrew and his family back home to upstate New York,” Karweck said. “Coach Vossler brings an elite level of experience, knowledge and passion to our staff, and more importantly, he is a coach who believes in creating lasting and impactful relationships with student-athletes.

“We are just starting to get into the flow of practice, and you can already feel his positive presence out on the field.”

A native of nearby Manlius, Vossler with the Buckeyes coached Justin Inacio to 2019 Big Ten co-Specialist of the Year honors at the faceoff position. Inacio led the league with a .637 winning percentage and scooped up 120 ground balls.

Last year, Vossler again boosted Inacio to more success and also played a role in Josh Kirson showing marked improvement at goalkeeper. Inacio missed three games because of injury but won 65 percent of his faceoffs over four games after his return. Kirson, meanwhile, led the Big Ten in saves with 94, saves per game at 13.4, save percentage at .584 and goals-against average at 10.19.

“I am humbled and grateful to accept this position as a member of the Men’s Lacrosse Program here at Colgate University,” Vossler said. “I’d like to thank Coach Karweck, Coach Cooper and everyone who was involved on the search committee for believing in my ability to help cultivate outstanding young men on and off the field. I would also like to thank my wife and family, Coach Myers at OSU, Coach Galloway at JU, along with everyone who has had a hand shaping me into the man and coach I am today.”

“It is a privilege to be able to live my passion and coach collegiate athletics. I am excited to begin the relentless pursuit of growth here at Colgate.”

Jacksonville with Vossler on the staff posted a five-win improvement in 2018 and qualified for the program’s debut appearance in the Southern Conference tournament championship game. Vossler worked with the Dolphins’ long-stick midfielders and short-stick defensive midfielders, including all-conference performer Ryan Beville.

Beville went on to be drafted by the Florida Launch of Major League Lacrosse after earning all-conference honors.

In 2016 and 2017, Vossler served as defensive coordinator at Rollins, helping the Tars make program history by allowing fewer than 10 goals per game in consecutive seasons. He also oversaw the faceoff units and improved that group’s winning percentage from .450 to .526 in 2016.

Vossler served as a volunteer assistant coach at Jacksonville in 2015 and helped boost the Dolphin faceoff win percentage from .374 to .524, and from 64th nationally to 22nd.

Before returning to the Sunshine State, Vossler spent one season at John Carroll in Ohio. In the program’s debut lacrosse season of 2014, Vossler’s efforts led to a 13-4 record and appearance in the Ohio Athletic Conference tournament title game. The Blue Streaks under Vossler posted a 6.85 goals-against average, good for 16th nationally.

Vossler’s debut coaching season came in 2013 at Adams State in Colorado, where he served as an assistant coach and defensive coordinator. The Grizzlies finished the season ranked second nationally in caused turnovers per game and third in ground balls per game.

Vossler earned his bachelor’s degree in environmental studies from Rollins in 2012. His wife, Jessica Hotchkiss Vossler, was a standout on the Jacksonville women’s lacrosse team from 2010-13. They are the parents of a son named Ezekiel Bronko Vossler.