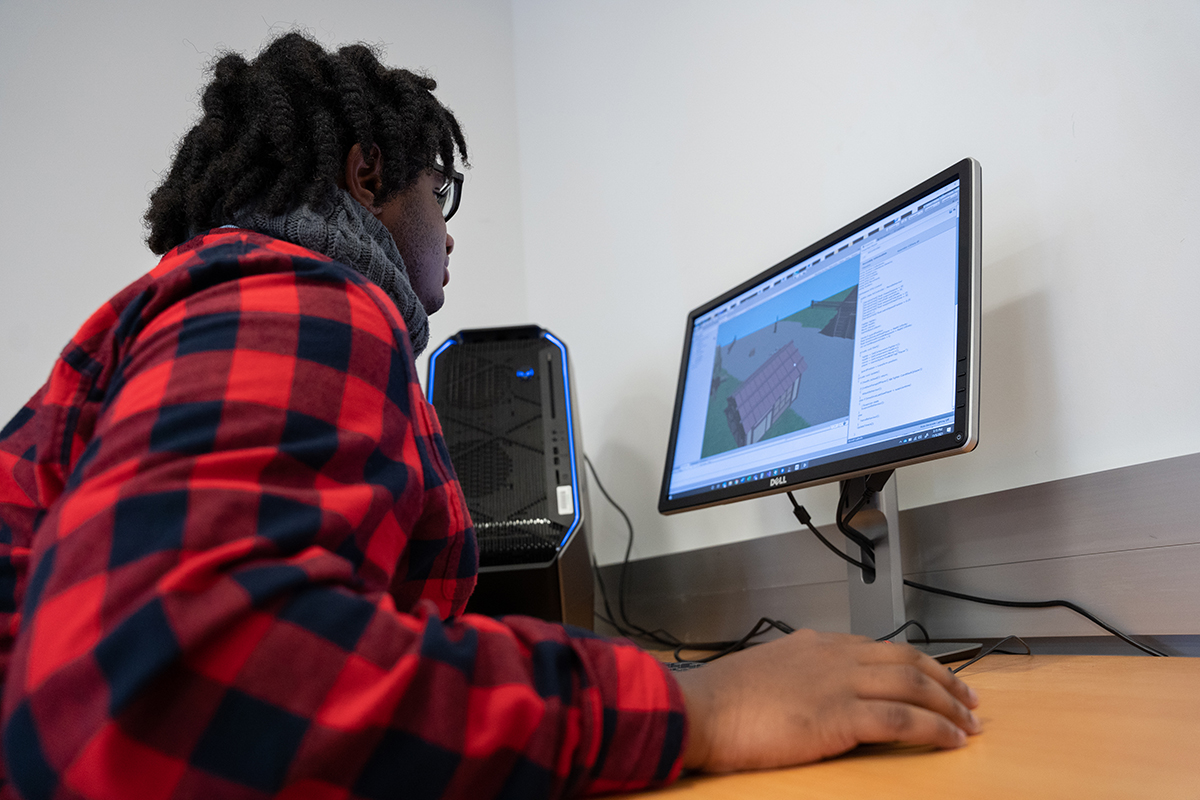 A new bachelor of technology degree in game programming is among the latest in SUNY Morrisville’s academic lineup.

The first of its kind in the SUNY system, the experiential program provides students with a grounding in information technology concepts with an emphasis on game programming.

“Our degree is very specific and focused on game programming,” said Richard Marcoux, professor in the Computer & Information Technology Department. “Students will be exposed to game design and have a good solid foundation in gaming skills, positioning them for careers as game programmers or even software developers outside of the game industry.”

Game programmers plan, architect and write the computer code that runs and controls the game, test the code and fix bugs and also develop customized tools for use by other members of the development team.

The game programming degree is designed to be completed in eight semesters and includes a 12-credit-hour internship requirement.

College experiences are enhanced for students who may join the SUNY Morrisville Esports Team, which regularly competes in the SUNY Esports League and now features an on-campus Esports tournament venue and a Gaming Guild that features table-top gaming.

SUNY Morrisville was the first SUNY school to become a host site for Global Game Jam® (GGJ), the world’s largest on-site game creation event, which gives teams of artists, hobbyists, programmers and gamers throughout the world a chance to brainstorm, innovate, collaborate and develop new ideas for game design over the course of 48 hours.