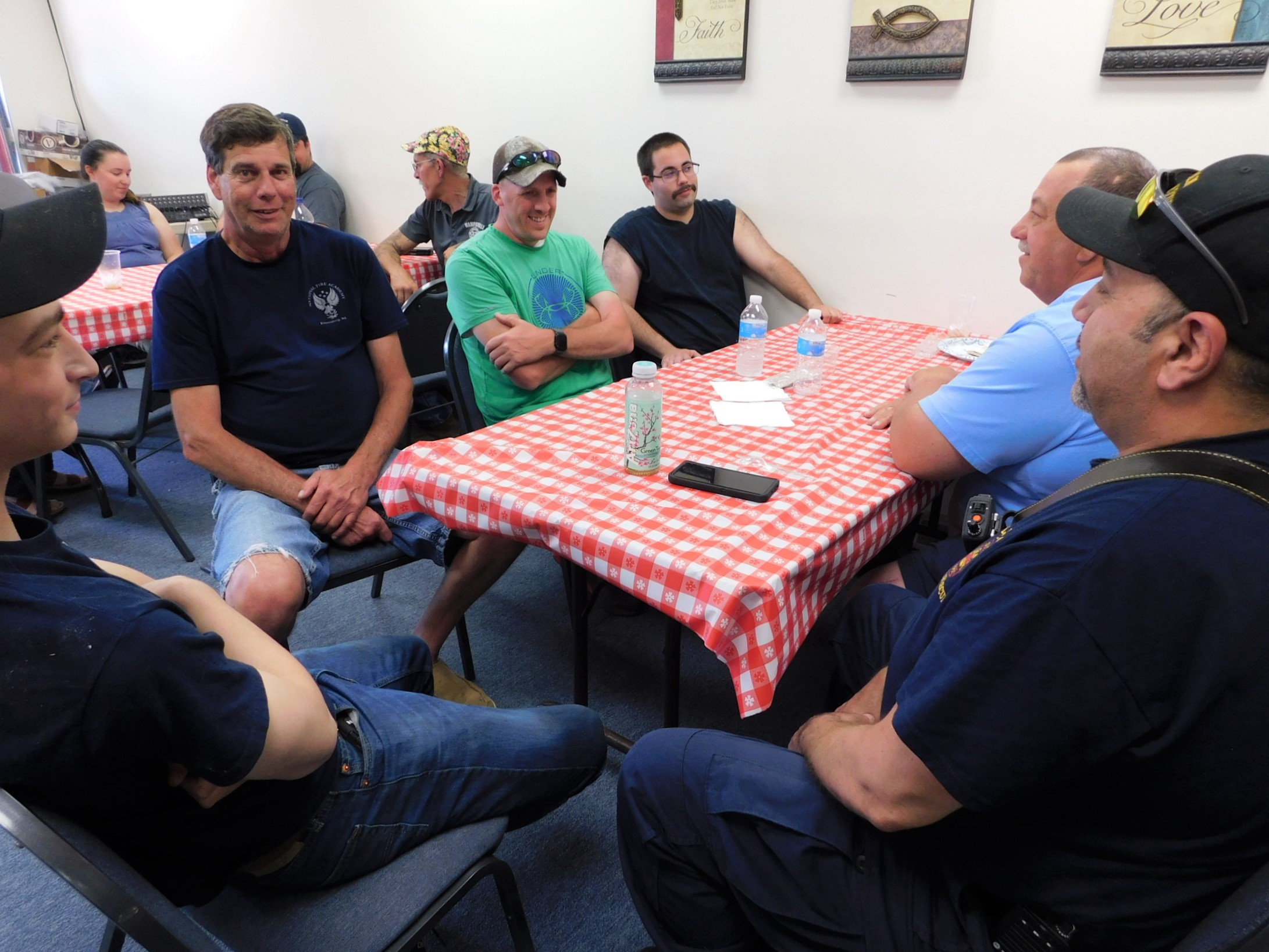 For more than a generation, the Canastota Area Association of Churches sustained programs that honored and supported the work of Canastota’s four volunteer first-responder corps: the Canastota, Lincoln and Wampsville volunteer fire departments, and the Greater Lenox Ambulance Service. For 35 years, that support took the form of a publicly supported recognition dinner that was a much-anticipated event each winter, hosting more than 300 attendees annually.

Money raised allowed the fire and rescue volunteers and their spouses to attend at no charge. Legislative citations were also awarded to one outstanding volunteer from each corps every year.

When the interest for such events began to wane, the CAAC Board voted to convert the dedicated fund of monies raised for future dinners, and combine it with annual appeal proceeds to award as equal grants to those four volunteer organizations. The funds were awarded with no strings or directives, freeing each corps to use the money for whatever urgent need they most desired. Annual grants ranged from $750 the first years to more than $2,000 each in this final year of the program. Over the years, the volunteer first-responders were able to equip vehicles and firehouses, as well as pay for training and defibrillators around the community – all things that would have waited for funding or gone undone.

Sadly, the burden of organizing and promoting the programs was falling on fewer people, in much the same fashion as the strain the volunteer first-responder corps themselves experience here and across the nation. With no replacement coordinators available, this seventh grant program will be the last such event run by the Association of Churches.

“After five years organizing dinners and the past seven coordinating the grants, Anita Thibado, our treasurer, and I need to retire and turn our attention to other things,” said Grant Chairman Scott Trefz. “We have been happy to do it these past 12 years, and cherish the honor.”

Burgess is the son of GLAS Co-founder, the Rev. Robert Burgess, and was especially delighted to see so much come full circle that evening.

On Saturday, May 21, 2022, Trefz and Burgess were at Hope Christian Fellowship in Canastota with CAAC Board member Lanita Wilson to enjoy one last luncheon with chiefs and other representatives of the three fire departments, and present them with their last grant checks.

“It’s bittersweet saying goodbye to these programs, to say the least,” Trefz said, “and we hope that new leadership will step forward in the future to develop some new way to bless Canastota’s invaluable fire and rescue volunteers. I certainly hope so, because they deserve it.”