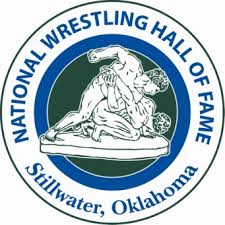 (Syracuse, NY – Feb. 2015) The National Wrestling Hall of Fame of the New York State Chapter would like to announce the eight new inductees into the Hall of Fame and this year’s winner of the Outstanding American Award. The Upstate New York Chapter is dedicated to the main goals of the National Wrestling Hall of Fame, which are (1) recognizing excellence in wrestling in the Upstate New York area; (2) preserving the rich and colorful history of wrestling in New York and (3) inspiring future generations of New Yorkers to participate in one of the oldest and best sports in the world.

This year nine individuals who will be honored on Sept. 20 at the Double Tree Hotel in East Syracuse.

New graduated from Cornell University in 1967 and had a great career for the Big Red. In 1967 he garnered the EIWA Championship and received the Peter J. Floros Memorial Award as the Most Valuable Wrestler. In addition, he wrestled in the 1967 East-West All Star Classic and received All-American honors in the Division I NCAA Championship. Following his graduation from Cornell he returned to his hometown of Canastota and enjoyed great success as the wrestling coach. His teams won three Section III Championships (1985,1993 and 1994), 15 League titles and in 1994 the Red Raiders won the NYS Wrestling Team Championship. He has developed many individual champions and guided two of his wrestlers to New York State Championships … Terry Showalter (twice) and his son Ben. Don is also a member of the Cornell Athletic Hall of Fame, Cornell Wrestling Hall of Fame and Section III Hall of Fame.

John Roselli from McQuaid Jesuit High School in Rochester, New York has been a coach for 23 years and compiled a 264-58-4 career record over the course of his illustrious career at McQuaid. He has produced 1 New York State champion, 2 runner-ups and several state placer winners as well as 15 Section V champions. Coach Roselli’s teams won 15 Rochester City-Catholic League Championships and he has served as the chairman of the league for many years. In addition, John has been instrumental in the development of two wrestlers who were alternates on the United States Olympic team. He has been named Section V Coach of the Year and received the Teacher of the Year Award at McQuaid two times. It is with great honor that the Upstate New York Chapter of the National Wrestling Hall of Fame will induct John into the Hall of Fame.

The 1979 Lehigh University graduate is finishing his 35th season as a wrestling coach in the Section 1 and Section 9 area. Jeff has coached at Ardsley High School, Newburgh Free Academy and presently at Wallkill High School and his teams have earned 398 wins throughout his coaching career. He has served as the Section 9 Wrestling Chairman for 16 years and has been an active member of the New York State Wrestling Committee for the same number of years. He has developed and implemented the “wildcard” system that is used at the New York State Championships and is the director of the Eastern StatesClassic Wrestling Tournament, one of the premier high school wrestling tournaments in the East. In addition, in 2011 Jeff was selected to the New York State Wrestling Hall of Fame. Congratulations to Jeff for his selection to enter the National Wrestling Hall of Fame.

The Upstate New York Chapter of the National Wrestling Hall of Fame is proud to have selected Joe Gustainis to receive the Lifetime Service Award for 2015. Joe, an Oswego State graduate and former wrestler for Hall of Fame coach Jim Howard, was a very successful coach at Caledonia-Mumford with a 139 and 38 record. During Joe’s outstanding career as a coach he has several undefeated teams and in 1976 he coached the Outstanding Wrestler of the New York State Championships, Robin Parker, to a New York State title at 119 pounds. Coach Gustainis has developed 31 Section V champions, 50 County Champions, and won three Section V team titles. In addition to an outstanding coaching career he has been an active official in the Section V Wrestling Officials Association and has served as the State Interpreter for the section. He is in the Hall of Fame for Livingston County, Section V and has been selected as Section V Coach of the year.

Dennis DiSanto has been a very successful coach at Somers and Mahopac High Schools for 31 years and has compiled a 365 – 130 record. While coaching wrestling Coach DiSanto has coached 38 Section One finalist with 19 Section One champions.  He has had four New York State finalist and 2 New York State Champions.  One of his wrestlers Brian Realbuto was selected as the MOW in the state tournament and is presently wrestling at Cornell University where he was an All-American in 2014. During his career he was named the “League Coach of the Year” nine times and in 2000 he was selected Westchester County and Section One “Coach of the Year.” He is a member of the Section One Executive Committee and has served as the Conference II Wrestling Coordinators from 1997 to present. Dennis has won 7 league titles at Somers and 2 at Mahopac and enjoyed three undefeated seasons while at Somers – 1997, 2000 and 2001. He presently works as a High School Guidance Counselor at Mahopac. Congratulations to Dennis DiSanto as a Lifetime Service Award winner.

Richard H. Brown was hired in August 1952 as a physical education teacher and coach at what would soon become the Owego-Apalachin Central School District. At Owego Free Academy, he coached varsity baseball, wrestling, football and cross-country. He became Owego’s varsity wrestling coach in the fall of 1953 and developed the Indians into a Section IV powerhouse. His 173-74-3 record over 19 seasons is one of the best in Section IV history. His teams won seven league titles and two Section IV class titles. He coached 61 league champions and six Section IV champions, including the first sectional champion from Tioga County. His wrestlers placed in the top four of Section IV a total of 34 times. He stepped down from coaching in 1972, when he was appointed permanent athletic director at Owego. As athletic director, he helped build a very successful sports program that resulted in 53 team titles during his tenure. He also served as vice president and president of the Southern Tier Athletic Conference between 1977 and 1983, when he retired after 31 years in education. In 1984, he was elected to the Section IV Hall of Fame. In 2004, he was chosen as an inaugural member of the Owego-Apalachin Wall of Fame, located at Owego Free Academy.

Dr. Martin wrestled at Waverly Central under the tutelage of National Wrestling Hall of Fame Coach, Jim McCloe, and enjoyed a very successful career. He won two Section IV titles for Waverly and placed 3rd and 5th at the New York State Wrestling Championships. Following high school, Doctor Martin wrestled at St. Lawrence University under another Hall of Fame Coach, John Clark. Later he graduated from Medical School at Philadelphia College of Osteopathic Medicine and served his residency in family practice at Wilson Hospital in Johnson City. He is presently working as a Family Physician/Associate Professor for Lourdes Hospital in Binghamton and has received many honors including the Golden Stethoscope for Leadership – Lourdes Hospital – 2012, serving as the President of the Medical Staff at Lourdes and so many more awards too numerous to mention. It is the Upstate New York Chapter’shonor to recognize former wrestler and now leader in medicine as the Outstanding American Award winner.

Sam started coaching wrestling at Norwich Central in 1946 and guided the team to a 9 – 1 record and a Section IV Championship. Then for the next 19 years, Coach Elia enjoyed successful campaigns at the helm of the Purple Tornado. His teams were undefeated in 1953, 1955 and in 1956 and won or tied for 8 Iroquois team championships. In addition, he was one of the few coaches to win Sectional titles in both Section IV and Section III. During the 1940’s and 50’s Sam was a moving force in the development of wrestling in the Central New York area where he shared his vast knowledge of wrestling with anyone who had the desire to learn. Furthermore he was a well-respected golf coach and later became the Athletic Director at Norwich High School. Congratulation to Coach Elia for being recognized as the recipient of the Lifetime Service Award in the National Wrestling Hall of Fame in Stillwater, Oklahoma.

Frank Giltner is the founding father of Norwich wrestling starting the first program in 1932 after Athletic Director, Frank Beyer, gave him an instructional book and told him to start a team. Franks graduated from Muhlenberg College where he played football and baseball and was the class president.  Norwich had 4 matches that year but it set the stage for many more successful years to come including last year when the Purple Tornado had 2 Division II New York State Champions – Tristan Rifanburg and Frank Garcia. Frank only coached two years because he became Assistant Principal at the high school but he stayed very active in the sport by becoming a first rate official. If there was a high profile college match in Upstate New York taking place, Frank was usually the official. In addition Frank did many high school matches and was always officiating in the Sectional Finals. Frank was known for his integrity, honesty and passion for wrestling. Hall of Fame Coach Jim Howard stated, “Frank would always be willing to give me pointers after my matches at Ithaca College … he worked hard to help promote the sport in our area.”The National Wrestling Hall of Fame – Upstate New York Chapter salutes Frank Giltner for his service to wrestling.