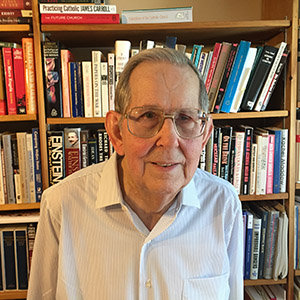 (Madison County, NY – May 2015) Sheriff Allen Riley will speak about “Living in Madison County” at the James & Dolley Madison Annual Democratic Dinner on May 21 at the Rusty Rail in Canastota. A lifelong resident of the county, Riley lives on Purple Tie Farm in Earlville, having worn the purple tie of the NY State Police for 27 years before his election as Madison County Sheriff. Now in his second term, he serves on numerous state and regional committees, including the Youth Justice and Public Safety Commission on Raising the Age of Criminal Responsibility and the Policy Council for Morrisville State College.

In addition, the occasion will honor Charles R. Naef of Hamilton with the 2015 James and Dolley Service to the Community Award.  Known widely as “Charlie,” Dr. Naef is professor emeritus of political science at Colgate University, where he taught Comparative Government and Politics for 35 years. At Colgate he played major roles in the International Relations and Peace Studies Programs.

After graduating from Bard College and before graduate study at Rutgers, Naef served in the U.S. Army and Active Army Reserve, working largely as a military intelligence analyst and German language interrogator on the inter-zonal border of divided Germany.

Together with his wife Susan, Naef has lived in Madison County for 55 years, where they raised two sons. He has actively served the village and town of Hamilton as well as the wider region. Naef authored the final report of the Committee on Hamilton Village Government in 1993-1994; the reforms this report recommended were subsequently adopted. Later, he served as mayor of Hamilton as well as on village committees, obtaining federal and state grants in support of three construction projects in Hamilton: expansion and renovation of the public library and village museum, restoration of the village green, and development of the business airpark. He also has held leadership positions in local organizations such as the Rotary and Hamilton Club. He serves on the Hamilton Forum Steering Committee, and as a member of the Hamilton Interfaith Service Group.

Naef was responsible for crafting the Madison County Democratic Committee’s platform as well as by-laws for both the county and Town of Hamilton committees. In the wider region, Naef repeatedly has played leadership roles in campaigns on behalf of congressional and presidential candidates.

More information about the dinner as well as an article by Naef about James and Dolley Madison can be found at www.madisonconydems.com.