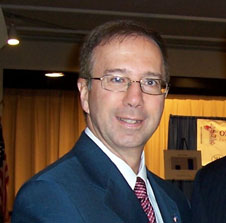 The report is the result of multiple forums hosted in communications across the state. Senators Terrence Murphy (R-C-I, Yorktown), Robert Ortt (R, North Tonawanda), and George Amedore (R-C-I, Rotterdam) – the Co-Chairs of the Task Force – announced the report’s findings, which include comprehensive legislative recommendations to address shortcomings in the state’s existing opioid prevention and treatment-delivery strategies.

Because heroin addiction remains a rising concern in the Mohawk Valley, Senator Griffo will again be hosting the Senate’s Joint Heroin Task Force with Senator Amedore in Utica for a public forum on Wednesday, May 25.

Task Force Member Senator Joseph Griffo (R-Rome) said: “Heroin addiction knows no boundaries, and communities all across the Mohawk Valley and throughout the North Country have been tragically impacted by the breadth of this crisis. The heroin addicts’ desperation for help is only worsening, and everyday families grieve over yet another loved one lost from overdose. We must ensure that these individuals did not die in vain by doing everything we can to defeat this epidemic with greater prevention, treatment, recovery and law enforcement measures. Through the work of the Senate Heroin Task Force, every heartbreaking story has helped identify the issues that are allowing this scourge to persist, and so now we must act on these legislative solutions to save our communities.”

In the report released today, the Task Force identified a four-pronged approach that would stem the growth of the heroin and opioid crisis – prying loose the stranglehold it has on New York’s communities – and supports those battling their addiction on the journey to recovery:

Prevention: increasing awareness to better educate the public of the inherent risks involved in using heroin and prescription opioids, and taking advantage of technological advances available to deter the abuse of prescription drugs and prevent addiction.

Treatment: recognizing the critical need for expanded and improved insurance coverage, and enhancing access to all forms of effective treatment – including inpatient, outpatient, and Medication Assisted Treatment – in order to help individuals return to stable and productive lives

Recovery: providing the proper supports, such as safe environments, stable employment, and opportunities to participate in diversion programs that avoid incarceration in order to facilitate successful recoveries from addiction

Enforcement: implementing criminal justice reforms that give law enforcement the necessary tools to disrupt the supply of heroin and stop the diversion of opiate prescription medications within the state.

The Task Force incorporated the four essential prongs and collaborated with stakeholders in communities across the state as part of its strategy to develop the report’s legislative and budgetary recommendations. These recommendations create an effective, multi-faceted, and comprehensive approach to addressing many of the issues raised by the state’s opioid crisis.

The Task Force is recommending the following legislative actions for the Senate to consider during the 2016 legislative session and for state agencies to assist in implementing:

Prevention:
·        Limiting initial prescriptions of controlled substances (S6091B, Hannon)
·        Creating a Prescription Pain Medication Awareness Program (S4348A, Hannon)
·        Enhancing patient access to abuse-deterrent technology for opioids (S6962A, Hannon)
·        Ensuring proper opioid education to prescribed patients (S7315, Murphy, Amedore, Ortt);
·        Establishing a Narcan kit registry (S6516A, Amedore);
·        Providing instruction of mental health, alcohol, drug and tobacco use in junior and senior high schools (S5546A, Funke);
·        Requiring patient counseling prior to issuing a prescription for a schedule II opioid (S7365, Akshar);
·        Increasing availability of aloxone (S6346A, Carlucci); and
·        Requiring the state Department of Health (DOH) and the state Office of Alcoholism and Substance Abuse Services (OASAS) to examine and report on the underreported and at-risk populations, including but not limited to Native American Tribes and the effect the heroin and opioid crisis is having on those populations.

Treatment:
·        Continuing education for credentialed alcoholism and substance abuse counselors (S7301, Amedore, Murphy, Ortt);
·        Removing barriers to Medication Assisted Treatment (MAT) (S7317A, Murphy, Amedore, Ortt);
·        Examining insurance coverage for medications approved by the FDA for use in MAT of opioid addiction and examine the accessibility across the state to new treatment modalities;
·        Enhancing emergency intervention procedures (S6248B, Ortt);
·        Establishing assisted outpatient treatment for substance use disorders (S631, Carlucci);
·        Requiring the DOH and OASAS to examine and report on the most effective treatment modalities, including ideal settings, treatment length, and best practices for heroin and opioid addiction;
·        Creating and appointing an Ombudsman to assist individuals and families in obtaining appropriate insurance coverage for treatment services;
·        Requiring all OASAS-certified treatment providers to inform individuals receiving treatment and their families of their right to file an external appeal with the Department of Financial Services (DFS) and provide them with the means necessary to access such appeal; and
·        Requiring DOH and DFS to rigorously scrutinize the implementation of any conditions placed on accessing treatment.

Recovery:
·        Including for-profit providers in the Request for Proposals Process for substance use disorder and gambling programs (S7446, Amedore);
·        Creating a Sober Living Task Force (S3989A, Croci);
·        Expanding treatment options for judicial diversion participants (S6874, Murphy);
·        Expanding access to judicial diversion programs (S6322A, Ranzenhofer);
·        Encouraging employment of recovering users (S2346, Seward);
·        Enacting the Wraparound Services Demonstration Program (S7748A, Carlucci); and
·        Requiring DOH and OASAS to examine and report on vital statistics related to heroin and opioid addiction, including relapse rate, length of treatment, and what, if any, follow up care supports are in place upon discharge.

The report highlighted this year’s state budget commitment of $166 million for heroin and opioid crisis, treatment, outpatient, and residential services. Due to advocacy by the Senate’s Task Force members, the budget included an increase of $25 million above the Executive Budget’s original proposal.

The report is just the latest step taken by the Senate Majority Coalition to meet the heroin crisis head on – seeking legislative solutions and securing necessary funding. Since 2011, laws have been adopted to establish Good Samaritan protections, further expand access to aloxone, create I-STOP, and enhance insurance coverage among others.

In March 2014, the bipartisan New York State Senate Joint Task Force on Heroin and Opioid Addiction was created to examine the alarming rise in use of heroin and opioids that has claimed lives and hurt families across New York State.  Following forums held throughout New York State, Task Force members, led by Chair Senator Phil Boyle and Co-Chairs Senator Mike Nozzolio and Senator David Carlucci, secured the enactment of 11 bills signed into law by Governor Cuomo and $2.25 million in substance abuse funding.

The full report with detailed findings and recommendations can be found at:https://www.nysenate.gov/sites/default/files/articles/attachments/htf_report_final2.pdf