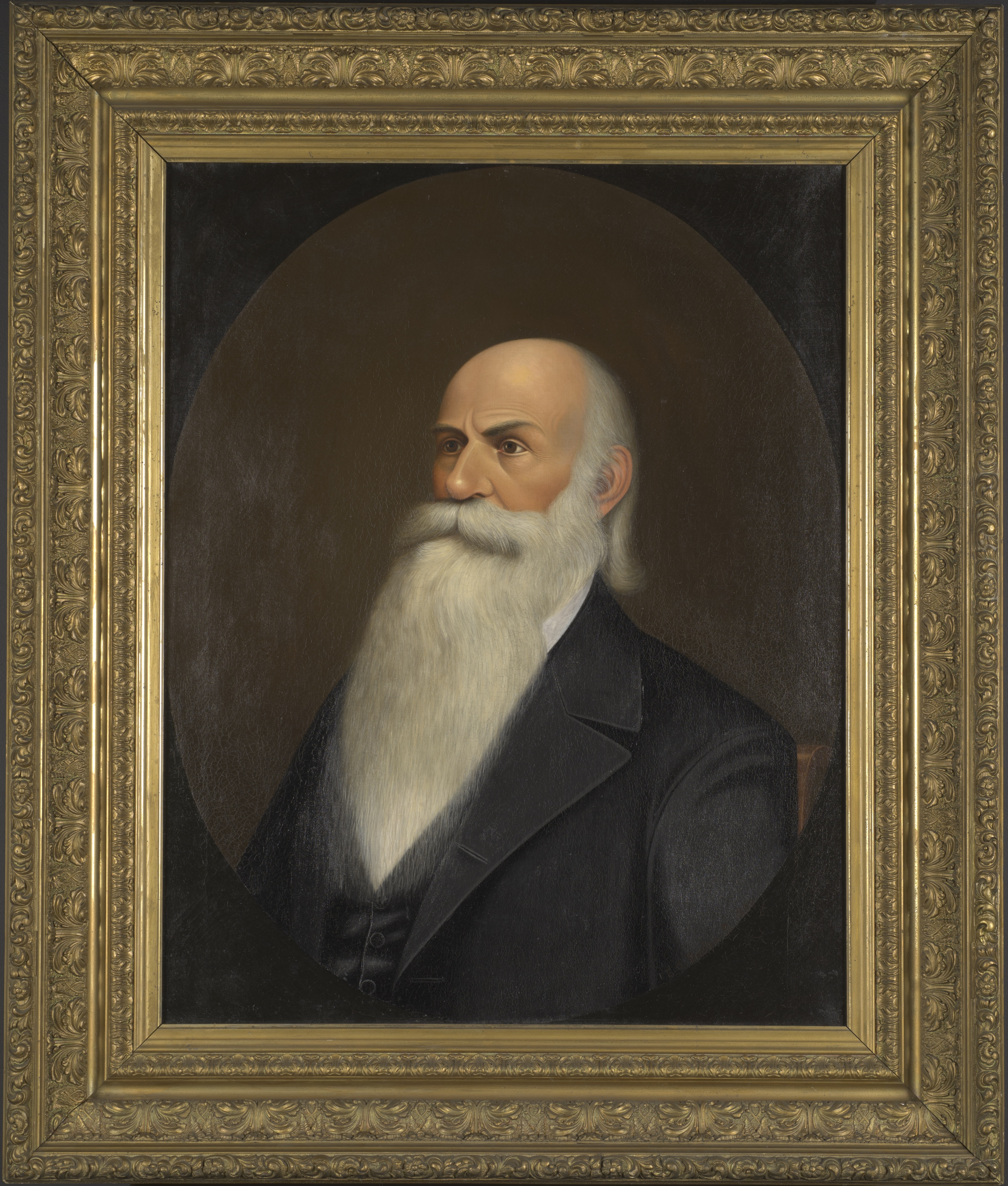 During the late 19th and early 20th centuries the Madison County Courthouse featured a number of courthouse paintings of prominent judges and attorneys that practiced in the county.  During a renovation of the present courthouse in the 1960s the portraits were removed from public view and memory.  Recovered portraits are being repaired when possible for permanent display after the future courthouse renovations are completed; however, all will be displayed as part of our 2016 Archives Day this fall.  Over the course of the next few months, we will feature articles on each of the judges whose images will be displayed.  Today we will speak about Judge Thomas Barlow.

Thomas Barlow was born March 14, 1805 in the town of Duanesburgh in Schenectady County.  He moved to Canastota in September of 1831 to marry his first wife Cornelia G. Rowe, and later would take a second wife Charlotte Spriggs also in Canastota.  Barlow started his first law practice here and would remain in Canastota for the better part of his life.

Barlow studied law with the Honorable Arphaxed Loomis and E.P. Hulburt of Little Falls, Selleck Boughton of Rochester, Aaron Hackley of Herkimer and G.B Judd of Frankport.  Barlow received an honorary Master of Arts degree from Hamilton College in 1851.

In July of 1831 he was admitted as an attorney to the Supreme Court and in July 1834 he was given the degree of Counselor of that court.  In January 1835 he was admitted solicitor and counselor of the Court of Chancery.  In the fall of 1842 Barlow was appointed Superintendent of the schools of Madison County.  From February of 1843 until January 1848 Barlow was the First Judge of the Court of Common Pleas for Madison County.  He served as a State Senator as well from 1844-1848.

Barlow has an interesting place in Madison County history as well.  After the 1873 fire in Canastota destroyed many local documents, Barlow contributed much of the history from his era and before from his personal records.  The book History of Chenango & Madison County from 1880 goes so far as to say the book would not have been as detailed without the information that Barlow gave them.