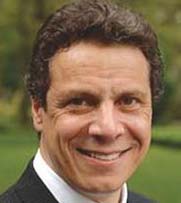 Assistance for the 390,000 New Yorkers with Alzheimer’s disease

Gov. Andrew M. Cuomo has just signed into law a bill that will allow advanced home health aides to perform certain advanced tasks, with training and supervision, which facilitates caring for loved ones at home.

The bill, which was championed by Senator Kenneth LaValle, Assemblywoman Deborah Glick and the leadership of the State Senate and Assembly, now enables home health aides that are specifically trained to administer routine or pre-filled medications and help with medical equipment.

“This important legislation will allow more of the 390,000 New Yorkers with Alzheimer’s disease and dementia to be cared for at home,” said Catherine James, Chief Executive Officer  for the Alzheimer’s Association, Central New York Chapter. “Unpaid family members and caregivers are often asked to help with tasks like giving medication, which can be uncomfortable or inconvenient for them.”

By 2025, approximately 460,000 New Yorkers aged 65 or older will suffer from the disease. That’s almost an 18 percent increase from today. Alzheimer’s costs Medicaid more than $4 billion in New York each year.

Many people with Alzheimer’s disease and dementia receive long-term services and supports to facilitate daily life from home health aides and personal care aides. Having an AHHA will also allow more people with dementia to remain at home and age in place longer, preventing premature placement in a skilled nursing facility. This measure will likely save hundreds of millions in New York State Medicaid dollars annually.

“This is a victory for all New Yorkers with Alzheimer’s disease and their 1.1 million caregivers,” said Jane Ginsburg, executive director of the Coalition of New York State Alzheimer’s Association Chapters. “Alzheimer’s is a public health crisis, and we applaud Governor Cuomo and the New York State Legislature for supporting this effort to keep New Yorkers at home.”

Alzheimer’s is a progressive disease that attacks the brain, killing nerve cells and tissue, affecting an individual’s ability to remember, think and plan. Every 66 seconds, someone in the United States develops the disease. There is no treatment or cure, and it is fatal.

The Coalition of New York State Alzheimer’s Association Chapters is the only statewide organization advocating for all New Yorkers affected by Alzheimer’s disease and dementia. For more than 30 years, the Coalition’s seven New York state chapters have provided care consultations, consumer and professional education programs, a 24-hour Helpline, safety services and support groups. Together with our statewide network of Association Chapters, the Coalition strives to create a world without Alzheimer’s. Visit alznys.org.

The Alzheimer’s Association is the leading voluntary health organization in Alzheimer’s care, support and research. It is the largest nonprofit funder of Alzheimer’s research. The Association’s mission is to eliminate Alzheimer’s disease through the advancement of research; to provide and enhance care and support for all affected; and to reduce the risk of dementia through the promotion of brain health. Its vision is a world without Alzheimer’s. Visit alz.org or call 1-800-272-3900.