Statement from Tenney in response to Trump’s executive order 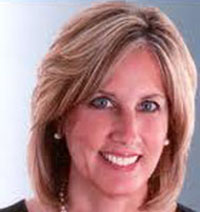 “The Mohawk Valley and Southern Tier have a rich history of welcoming immigrants from all over the world. Refugees have enriched our lives with their courage and shared dreams as new Americans. Thousands of individuals have been resettled in upstate New York, especially in Utica.

“I am honored to have spent my life in a community that has welcomed immigrants and refugees from around the world.   Throughout the 1990s and early 2000s, I was closely involved in the resettlement of the Bosnian refugees in Utica. That is because I have a 35-year relationship with people from the former Yugoslavia.

“I studied in Yugoslavia and worked for the former Yugoslav Consulate, coordinating efforts during the Winter Olympics in Sarajevo in 1984 before the war. It was a thrill and an honor to help the Bosnian community and other immigrant communities escaping worn torn countries or oppression from totalitarian regimes. I helped to start and publish the first Bosnian newspaper in the Utica area.

“Through our outreach and openness, Utica has built a strong and enduring relationship with the Bosnian refugee community. We featured many other refugee populations and supported the Refugee Center’s efforts to provide resources to people who were being given a second chance as new Americans. I am very sympathetic to the trauma these people have experienced in their long journey to freedom and I remain committed to the mission of the refugee community throughout the 22nd district.

“While President Trump’s recent executive order places a temporarily hold on elements of our nation’s refugee and visa programs, it in no way undermines our country’s humanitarian commitments. The president’s executive order provides federal agencies an opportunity to comprehensively review our current refugee and visa vetting processes before issuing further admission decisions.

“More importantly, the executive order will scrutinize the data provided to us by the host countries, improving the quality and credibility of the information provided. This will ensure that the programs are as thorough and effective as possible. The primary obligation of the federal government is to provide security to this nation.

“The executive order sets forth numerous exceptions while giving broad discretion to the Department of Homeland Security and the Department of State to evaluate people on a case-by-case basis so that they are treated humanely and fairly, not denied entry.

“America is a beacon of freedom and opportunity. This country remains open to those looking to build a better life in pursuit of the American dream. Our country will, and must, continue accepting refugees and issuing visas. This executive order will enable us to do so with the full knowledge that the programs are fair, rigorous and secure.”