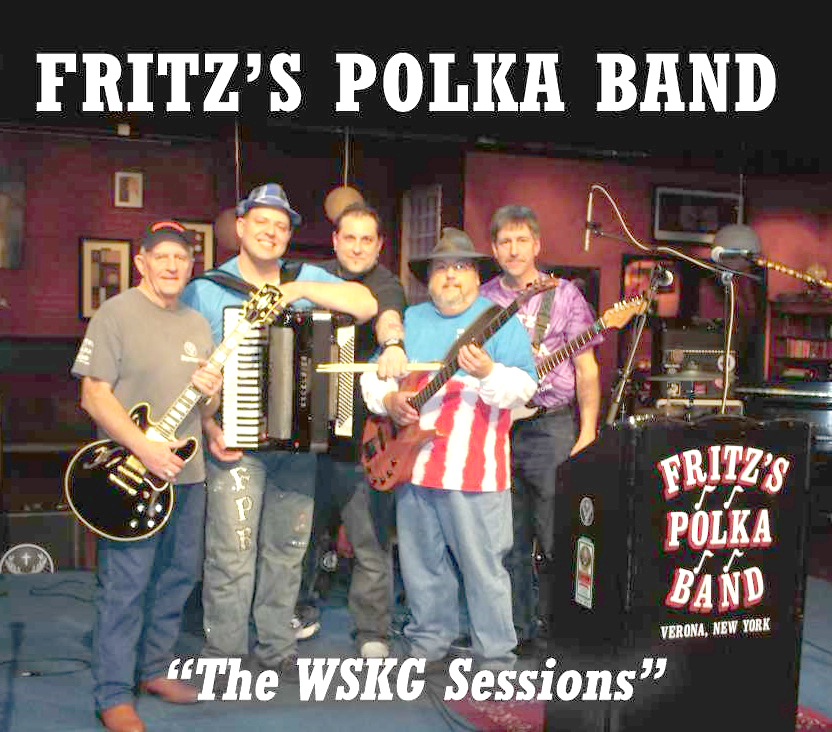 Fritz’s Polka Band (FPB) has two songs: Polka Time In The Morning (written by the late Fred Scherz Sr. and his son, Fritz Scherz) and The Party Continues (written by Fritz Scherz) from FPB’s 2013 live release “The WSKG Sessions” in the Best Polka Song category, which contains only 19 other songs.

In addition, “The WSKG Sessions” is nominated in the Best Polka Album category, which contains only eight other album nominations. Final voting will be done by music industry professionals, musicians, and songwriter peers from the JPFMO. The JPFMO Awards Show will take place April 29th in Los Angeles, CA.

“The guys in FPB are excited by these nominations,” said Fritz Scherz, band leader of Fritz’s Polka Band.  “It’s a complete surprise, especially given the level of competition and number of entries that were submitted.  We had hoped we might get one nomination, but to get three is great!  We owe a huge thanks to the legion of fans we’ve made over the years, the FPB Fan Club, as well as our former sponsor, Jagermeister and our current sponsor, Coldcock Whiskey.  Plus, a special thanks to all the media that have covered FPB over the years! On a personal note, I’m extra thrilled that one of the songs I had helped my Dad write is one of our tunes nominated in the Best Polka Song category. Writing songs with him was always special, and I continue to miss him dearly.”

Fritz’s Polka Band has been performing for 38 years and made history in 1999 by becoming the first polka band to play at a Woodstock Festival in Rome, NY.  FPB has made 18 recordings and appears on “The Manchurian Candidate”DVD, released in 2004.

In 2010, FPB was inducted into the Syracuse Area Music Hall of Fame. In 2011, FPB had two songs (Grandparent’s Polka and Here Is Fritz’s Polka Band) included in two episodes of the TV show, ‘Breaking Bad’. In 2013, FPB released their 18threcording, a double live CD entitled, “The WSKG Sessions”. In 2016, Fritz Scherz was nominated for a national award by the Cleveland-Style Polka Hall of Fame.