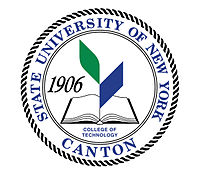 SUNY Canton has announced its dean’s list for the Spring 2017 semester.

This honor is awarded to full-time students who have earned a grade point average between 3.25 and 3.74. The dean’s list is a mark of distinction and recognition of outstanding academic efforts and scholarship.

Among the students on the SUNY Canton dean’s list are: