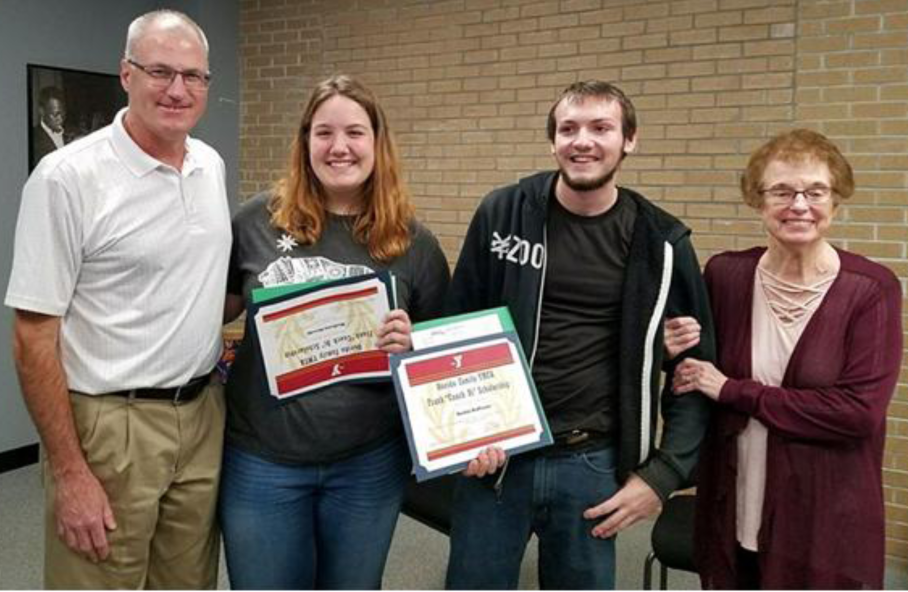 The Oneida Family YMCA awarded the first Frank “Coach Di” Scholarship Monday, Nov. 27. Congratulations to Austin DaPrano and Maddy Sheedy, both students at Oneida City School District, on receiving this scholarship for one year’s membership to the Y in Frank’s honor. Both demonstrated the character traits that Frank valued and practiced in his daily life.

Frank was involved for 53 years within the Tri-Valley League, including terms as president, vice-president and chairman of many committees. A fixture at Chittenango High School, Frank was athletic director in addition to coaching baseball, football, cross-country and wrestling.

As athletic director, Frank expanded the school’s sports programs from 10 to 60. His Chittenango High School baseball teams (1956-1997) won more than 350 games, five Tri-Valley titles and he was honored three times as coach of the year. As an athlete in his own right, he played four years of football at Brockport, captaining the 1955 team. He also played baseball for two years.

Frank worked for the Oneida Family YMCA for 15 years and made his impact known. He worked with people of all ages and ability levels and treated each one as if they were his own mission. But, his true love was working with young adults, to help them become healthy and productive with true character.

Thank you to the DiChristina Family for making this scholarship possible for the youth in our community.

Visit ymcatrivalley.org for more information on honoring Frank’s legacy through the scholarship.