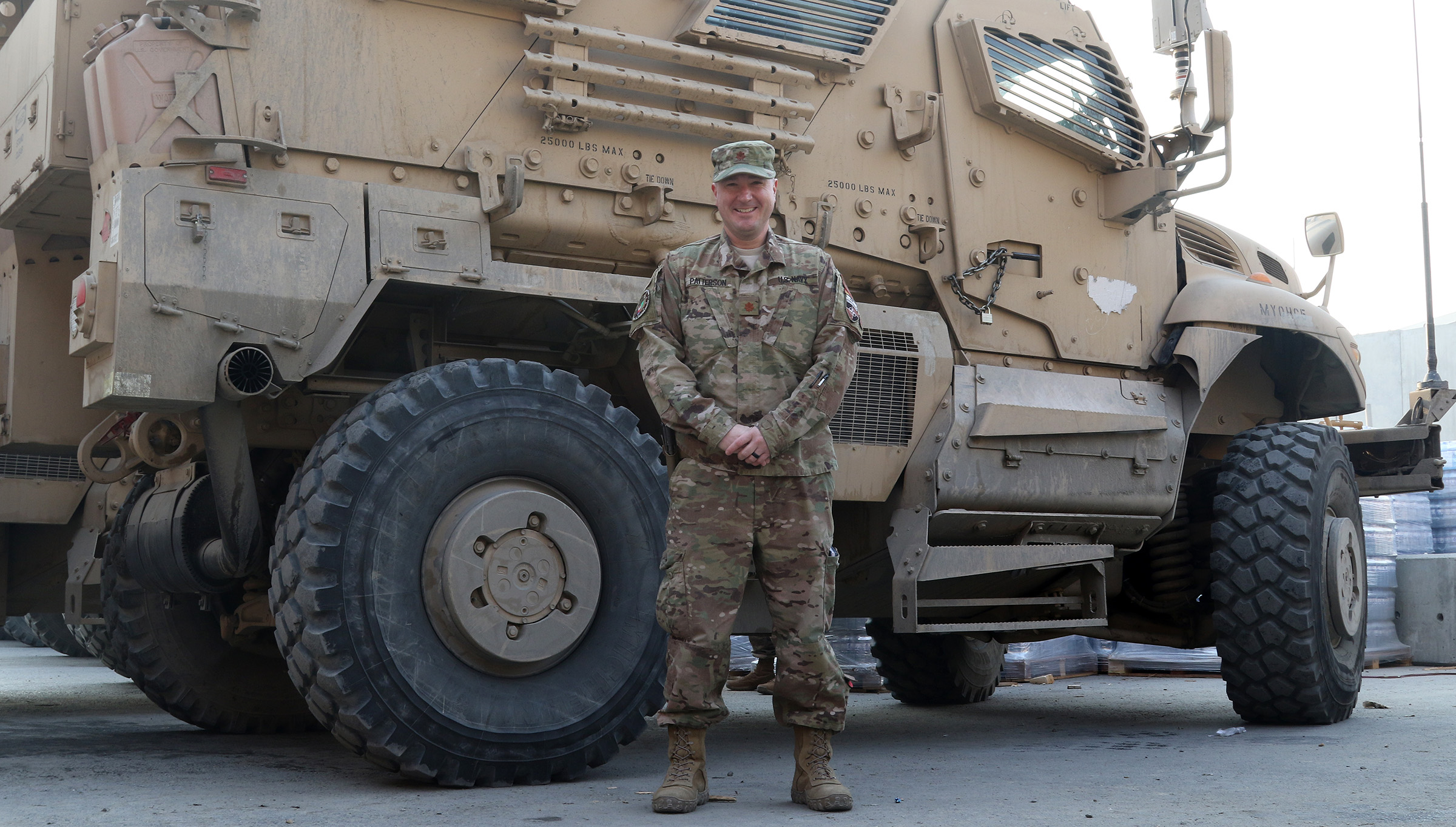 Patterson serves as the Branch Chief of Intelligence, Surveillance, and Reconnaissance Plans/Operations

Lieutenant Commander Andrew Patterson, the son of Marlene A. and the late Commander Kenneth F. Patterson, USN, of Chittenango, is an intelligence officer in the United States Navy Reserve and is the current Branch Chief of Intelligence, Surveillance and Reconnaissance Plans/Operations in Afghanistan.

As Branch Chief, he is in charge of conducting intelligence collection operations against the Taliban throughout Afghanistan. Patterson and his team work with joint regional U.S. military personnel to support U.S. Forces Afghanistan priorities and objectives.

“It is an honor to serve my country and serve alongside so many dedicated professionals,” Patterson said. “Having known people killed in the attacks Sept. 11, 2001, I have a somewhat unique perspective of what it means to be over here. I’m proud of my team and on a personal level, proud to continue my family’s longstanding military service to our nation.”

Along with being in the U.S. Navy Reserves, Patterson is a 13-year veteran with U.S. Customs and Border Protection, where he works as a special agent in Detroit, Mich.

Patterson is a resident of Washington Township, Mich., and has served in the U.S. Navy Reserves for 12 years. He is a 1991 graduate of Chittenango High School, a 1995 graduate of LeMoyne College and a 2003 graduate of Babson College where he received a master’s of business administration.