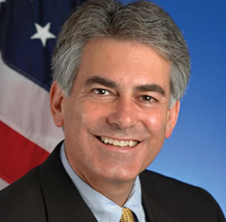 “Students deserve a quality education that puts them on the right track for a successful future,” Stirpe said. “By continuing to fight for fair funding for our schools, we’re making a commitment to our students and letting them know the sky’s the limit.”

The Assembly budget increases funding for public schools by $1.5 billion – or 5.6 percent – for a total of $27.1 billion for the 2018-19 school year and increases Foundation Aid by $1.2 billion for a total of $18.4 billion. The budget proposal also expands the eligibility of full-day kindergarten aid beyond the 2018-19 school year and increases funding by $35 million above the governor’s proposal.

Recognizing that students have varied and diverse needs, the plan includes $1 million for Independent Living Centers (ILCs) for a total of $14.4 million. Stirpe has been a longtime advocate for ILCs. This funding will continue to support and assist New Yorkers with disabilities and allow for them to become self-sufficient. To further assist New Yorkers with disabilities, the Assembly budget increases funding rates for 853 schools, 4410 schools and special act school districts by 4 percent and allows 853 schools and special act school districts to carry over small amounts of money between years to provide financial stability.

“I want to make sure that Central New Yorkers with disabilities or special needs have the same opportunities as their peers,” Stirpe said. “Schools that specifically support their needs allow them to learn in safe, healthy, supportive environments.”

By investing in public schools, the Assembly proposal opens the door for students to expand their higher education options. To continue this commitment past graduation, the plan increases funding for the Science and Technology Entry Program and the Collegiate Science and Technology Entry Program by $2.6 million and $2 million for a total of $18.4 million and $13.9 million, respectively.

The Assembly budget also restores the Foster Youth Initiative and provides a $1.5 million increase for a total of $4.5 million. The program empowers foster youth to attend state schools or independent colleges and pursue opportunities that may otherwise be out of reach, Stirpe said.

The rising cost of higher education creates a heavy financial burden on Central New York families and can deter students because they don’t want to be saddled with enormous debt,” Stirpe said. “I’ll continue fighting to make higher education more affordable so every student who aspires to a college degree can pursue one.”

Funding for programs also being restored in the Assembly budget includes $2 million for ATTAIN labs, $1.1 million for SUNY Child Care Centers, $12.1 million toward Community College Base Aid for SUNY and $200 million for critical maintenance/expansion capital for SUNY.