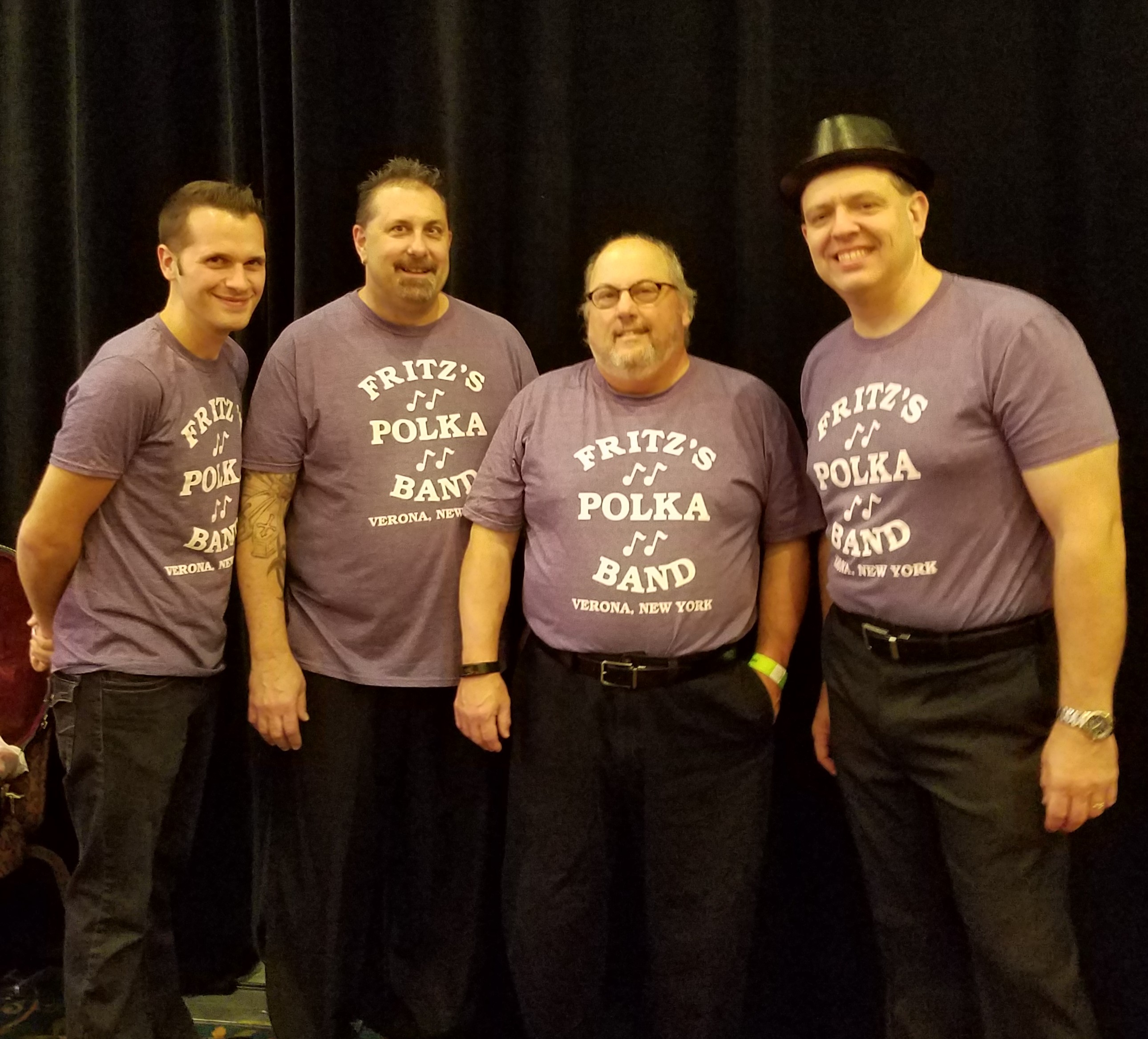 Fritz’s Polka Band of Verona returns to Musikfest in Bethlehem, Pa., Friday, Aug. 10. FPB will perform on the Festplatz Stage from 3:30 to 6:30 p.m.

Performing with FPB for this gig will be special guest guitarist, Rocko Dorsey. Musikfest is the largest free festival in the United States, with more than 1,000,000 people attending the event last year.

“The guys in Fritz’s Polka Band look forward to returning to Musikfest for the fourth year in a row, especially since Musikfest is celebrating their 35th anniversary this year and my band is celebrating our 40th anniversary,” said Fritz Scherz, band leader of Fritz’s Polka Band. “As an added twist to our performance this year, FPB friend of many years, Rocko Dorsey will be special guest guitarist. Each time we’ve played this festival, the crowds have been huge.

“A neat thing about this festival is that there are so many different musical genres represented, and the audience welcomes it. It’s so thrilling to get booked to play at the largest free festival in the United States. I’m glad the promoters like my band’s eclectic musical style, and I want to thank them once again for having my band return.”

This year, Fritz’s Polka Band is celebrating 40 years of performing! FPB made history in 1999 by becoming the first polka band to play at a Woodstock Festival. FPB has made 18 recordings and appears on “The Manchurian Candidate” DVD, released in 2004.

In 2011, FPB had two songs (‘Grandparent’s Polka’ and ‘Here Is Fritz’s Polka Band’) included in two episodes of the TV show, ‘Breaking Bad.’

In 2013, FPB released their 18th recording, a double live CD entitled, “The WSKG Sessions.” Last year, FPB was nominated for three Just Plain Folks Music Awards and each member was nominated for national awards by the  Cleveland-Style Polka Hall of Fame.