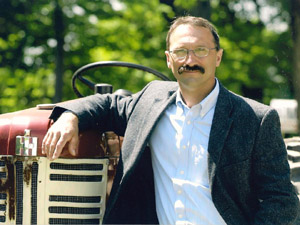 “Voters deserve to hear directly from the candidates who want to represent them,” said Salka, who currently serves as town supervisor in the town of Brookfield, Madison County. “Today, I’m proposing that Mr. Magee and I appear in one public debate per week over the final four weeks of this campaign.”

The 121st District encompasses all of Madison County and portions of Oneida and Otsego counties.

“This is a geographically large district, so, ideally, these debates should be held in locations that allow for the most possible people to see the candidates in action,” Salka said. “It would make the most sense to hold debates in Oneonta, Oneida, Cazenovia and Brookfield – but I’m willing to debate anywhere, anytime. Are you, Bill?”

To data, Salka said he has accepted every debate request that has been proposed. He said Magee has accepted only one debate scheduled for Oct. 18 in Cazenovia.

“Attending the lone debate that Bill Magree agreed to would equate to a drive of more than 90 minutes from Oneonta and a lengthy drive from many other parts of the District,” Salka said. “It’s not fair to the rest of the voters if they aren’t afforded a reasonable chance to see the two candidates debate in person.”

Salka said he has been criss-crossing the 121st District in recent months to listen to voters about their concerns and priorities.

“As I’ve visited with thousands of voters, one clear message has come through: They haven’t seen or heard directly from Bill Magee in years,” Salka said. “That’s not right. Let’s put our ideas out there and then let the voters decide who should serve as their Assemblyman for the next two years.”