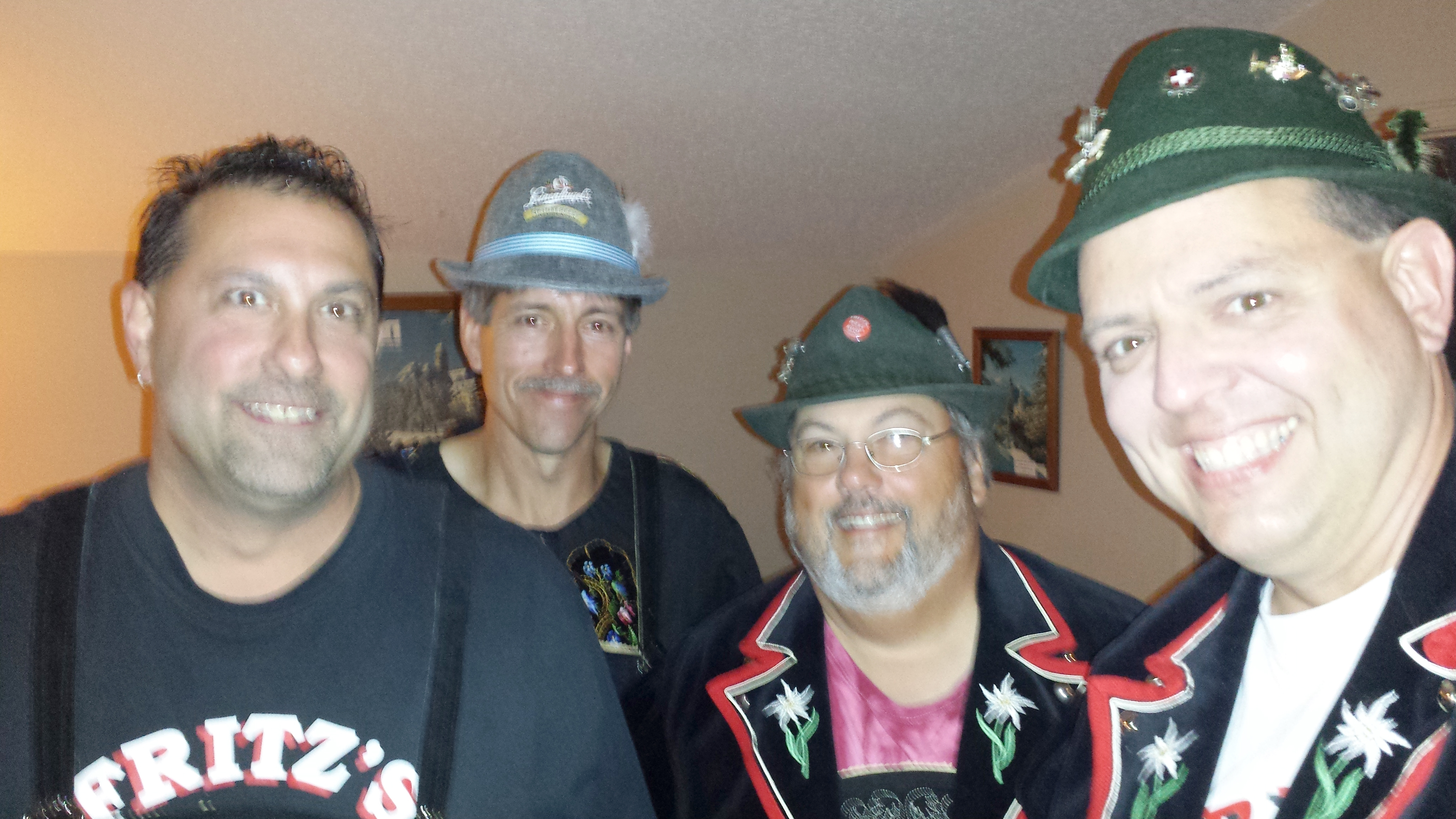 Fritz’s Polka Band (sponsored by Coldcock Whiskey) from Verona, NY will return to the Utica Maennerchor (5535 Flanagan Road) in Marcy Saturday, Feb. 18, from 7pm to 10pm.  This will be part of the annual “Fasching Night” celebration, which has a Mardi Gras theme and is open to both adults and children. An optional dinner starts at 6pm.

“My band’s played at this annual event for many years, and it’s always enjoyable seeing people of all ages dress up in their Mardi Gras costumes, compete for some costume prizes, and dance in a variety of ways to our tunes,” said Fritz Scherz, bandleader of FPB. “The guys in FPB hope to see a whole bunch of people taking part in this year’s Fasching Night, as we know it’ll be festive!”

Fritz’s Polka Band has been performing for 38 years, and made history in 1999 by becoming the first polka band to play at a Woodstock Festival in Rome. FPB has made 18 recordings and appears on “The Manchurian Candidate” DVD, released in 2004.

FPB won a Just Plain Folks Music Award in the Best Polka Song category for Bialczak’s Polka in 2008.  FPB won an Upper State Independent (USI) Award in Syracuse in 2008 and 2009.  In 2009, FPB won a Syracuse Area Music Award in the Best Recording: Other Styles category for their “Reflections” recording.  In 2010, FPB was inducted into the Syracuse Area Music Hall of Fame. In 2011, FPB had two songs (Grandparent’s Polka and Here Is Fritz’s Polka Band) included in two episodes of the TV show, ‘Breaking Bad’. FPB was nominated in 2012 for two USI Awards. In 2013, FPB released their 18th recording, a double live CD entitled, “The WSKG Sessions”. In late summer of 2014, all FPB members were nominated for national awards by the Cleveland-Style Polka Hall of Fame!