A fresh take on a classic band: Aztec Two-Step 2.0 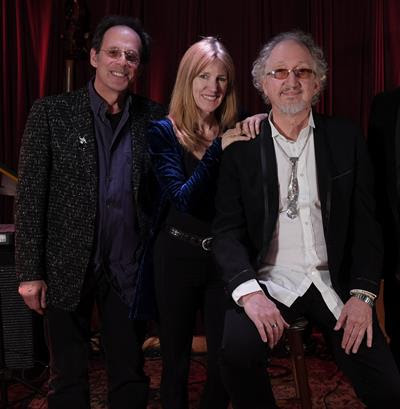 Originating from a chance meeting at a Boston folk club open mic night in 1971, Aztec Two-Step burst on the scene in ‘72 with their self-titled debut album on Elektra Records. Their first album and three subsequent albums for RCA Records made the duo staples of progressive FM and college radio, helping to usher in the folk/rock music of the 1960s into the 1970s and beyond.

Rex Fowler and Neal Shulman went on to spend a lifetime making music together. After 47 years, Neal has retired, and Rex moves the ATS legacy into the future, expanding the band and introducing new members of his Aztec Two-Step 2.0 ensemble:

Dodie Pettit – acoustic and electric guitars, keyboards, vocals. Songwriter, recording artist and theatrical performer, Pettit had a distinguished 15-year career on Broadway, which included being an original cast member of The Phantom of the Opera.

Rex’s band banter and stage patter is still as fun, warm and engaging as ever. With Rex and friends performing fan favorites and forgotten gems often reminiscent of Aztec Two-Step’s original recordings, the band is earning enthusiastic fan reviews and standing ovations.