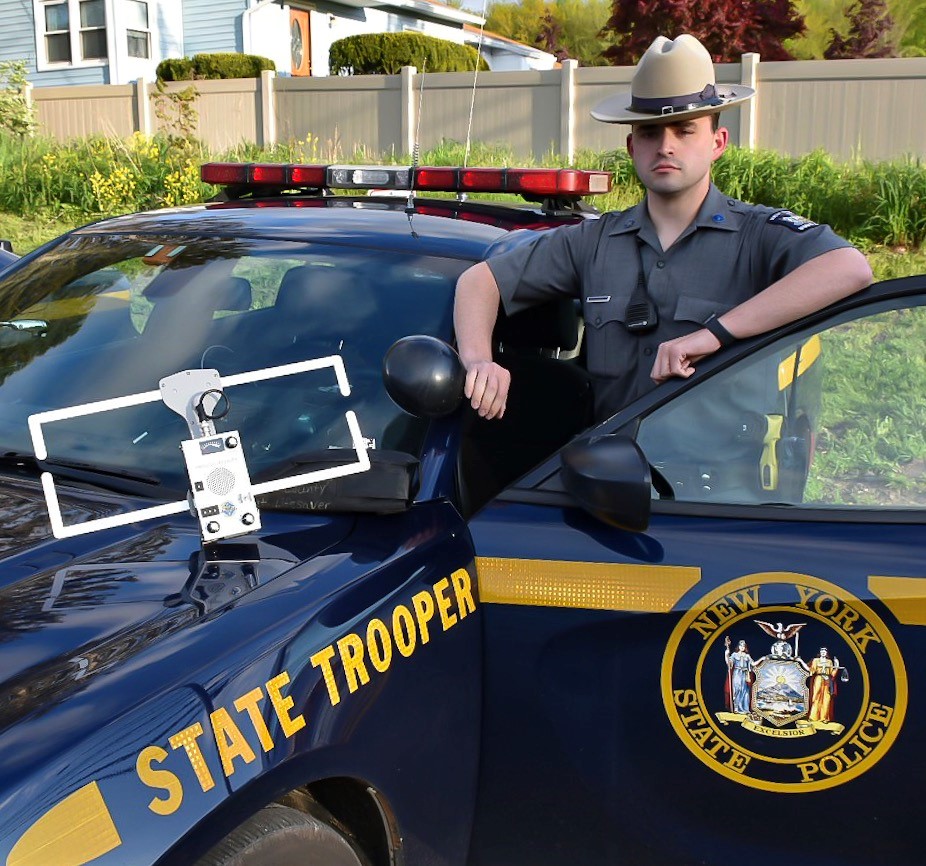 On May 10, 2019, the state police conducted an underage drinking initiative in Oneida County at locations in the cities of Utica and Rome and in the towns of Marcy, Trenton, Floyd, Whitestown, Westmoreland and Kirkland.

As a result of the initiative, the following locations were checked and in compliance:

The following locations were found NOT to be in compliance with the laws dealing with the sale of alcohol to persons under the age of 21:

On May 20, 2019, at approximately 7:30 p.m., Trooper Christopher Gibbs, SP Hastings, responded to the Roxberry Estates Mobile Home Park in the town of Hastings for a report of an 11-year-old autistic boy who had been missing for approximately one hour.

Gibbs’s training with Project Lifesaver and quick response to the incident led to the quick recovery of the child.

Project Lifesaver International is a multi-agency program that provides electronic tracking for persons at risk including young children with autism who often wander and elderly persons with dementia. Many agencies in Oswego County including the New York State Police, Oswego County Sheriff’s Office, city of Oswego, city of Fulton as well as the village police departments all have personnel trained in the Project Lifesaver program.

For more information on the program, visit projectlifesaver.org/.

On May 26, 2019, at 10:43 p.m., state police in LaFayette responded to a reported serious personal injury accident on Kinyon Road in Otisco.

Preliminary investigation revealed a 1998 Dodge pickup truck operated by Joseph Wallingford-Stirner, 26, of Jamesville, was speeding on Kinyon Road when he lost control of the vehicle, exited the south shoulder of the roadway, struck a culvert, become airborne and struck a tree.

The vehicle then became engulfed with fire.

Wallingford-Stirner was pronounced deceased at the scene. A passenger in the truck, Nathan E. Casolare, 24, of Tully, had self-extricated prior to patrol’s arrival at the scene. He was transported to SUNY Upstate Medical University in Syracuse for minor abrasions.