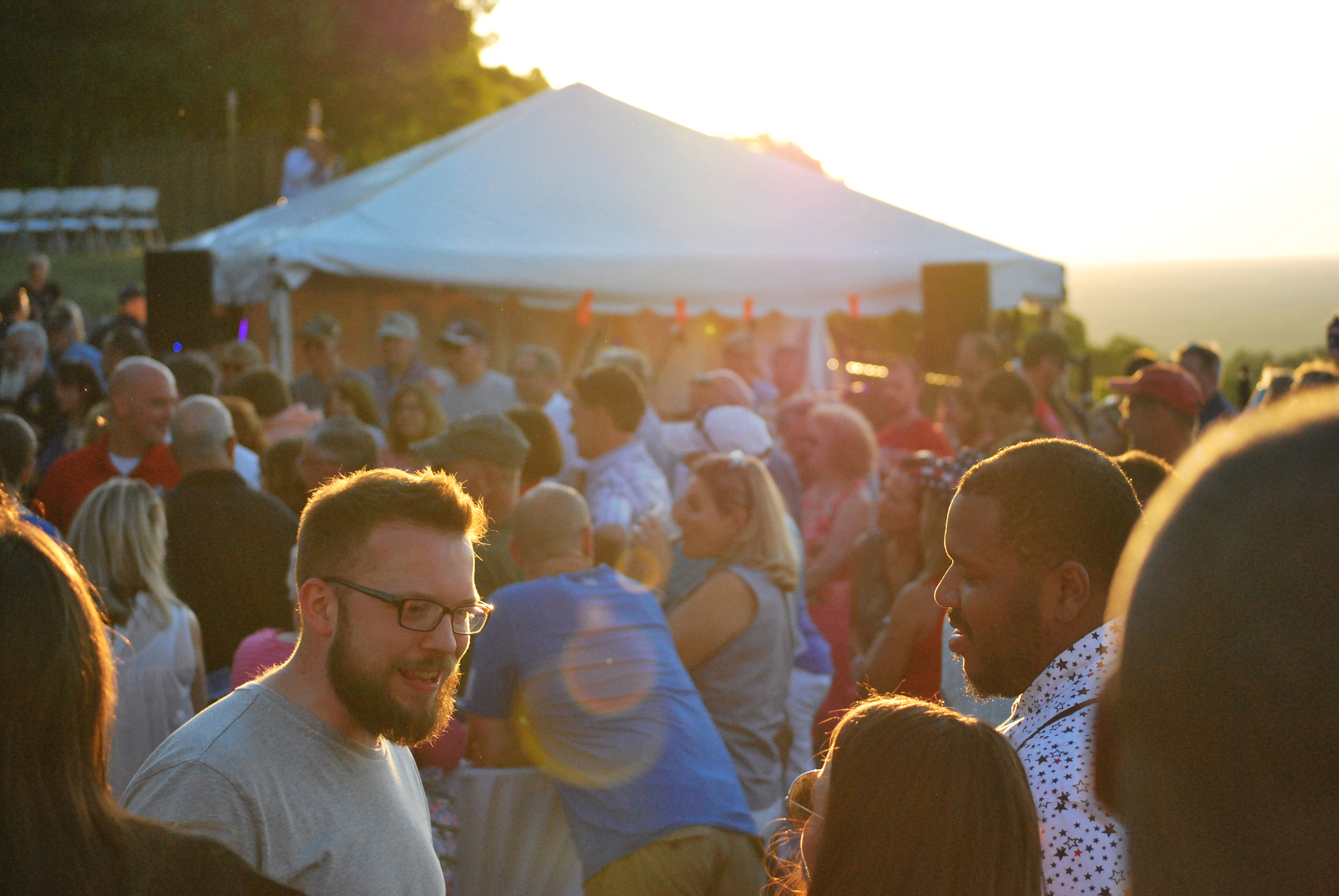 Well known as the star of DIY Network’s highest-rated show Texas Flip N Move, Jackson is an accredited auctioneer of real estate and a member of the Certified Auctioneer Institute. This year’s barbecue will feature a bevy of unique auction items that Jackson will direct the bidding on, including a guitar autographed by all members of the Doobie Brothers Band, a Syracuse Mets Luxury Suit Package, Syracuse Crunch limited-edition signed apparel and a fan experience package, New York Yankees tickets for a July baseball game in the Bronx, a private dinner for 8-10 people catered by Clear Path’s Executive Chef Christopher Griffin, and a “Best of Onondaga and Madison County Dinning Package” among other offerings.

Chef Griffin and his culinary team will prepare a special menu for the event featuring an always popular pig on a spit. Griffin, a U.S. Marine Corps Veteran and graduate of the Culinary Arts and Service Management Program at Paul Smith’s College, will put together a menu with a southern influence. A variety of bourbon, craft beer and wine selections – featuring local breweries Erie Canal / Seneca Street and Brewery Ommegang – as well as non-alcoholic beverages will be served, starting with an open bar leading up to the flagpole ceremony.

Entertaining the masses will be The Fabulous Ripcords, a Central New York music scene staple. The award-winning five-piece band performs a mix of roots, rockabilly, country, blues and swing.

Attendees can also enjoy horseshoes and corn hole, a tour of Clear Path’s raised-bed gardens planted to support the culinary program by Dr. Lee Newman of SUNY ESF and some of her students, a self-guided tour of Clear Path’s building and grounds, the extensive walking trails will be open until dusk, and the view from Clear Path’s scenic ridge line.

The Southern Hills Posse Motorcycle Club will be selling raffle tickets during the barbecue with the winner choosing between a 2019 Harley Davidson Street Bob or Honda Pioneer Side by Side ATV.

The Red, White & Blue Barbecue is Clear Path’s largest annual fundraiser, helping to support programs and services to thousands of Veterans each year. This year’s event – which starts at 4 p.m. June 15 – marks the barbecue’s eighth year.

The facility currently known as Clear Path for Veterans, located in both Chittenango and the town of Manlius, was acquired in March 2011. That summer – when renovations to the facility were only two-thirds complete – Clear Path hosted a community open house dinner on June 18, that was attended by Syracuse University’s then-head football coach Doug Marrone and his wife, Helen.

“During his tenure at the university, the couple believed in the Clear Path vision and saw first-hand the work being done and wanted to be a part of an organization that was built on trust and supporting military members, Veterans and their families in impactful ways. The Marrones had a vision: Would the Central New York community show its support by attending a swan ball or swine ball? They loved the idea of a community dinner, and our annual barbecue was born,” said Clear Path’s CEO and Co-Founder Melissa Spicer.

Each year, the barbecue attracts more than 500 guests from across the state and region, who come to the Clear Path campus to enjoy great entertainment, food and togetherness in a common cause of providing programs and services to those who have served.

“Our annual Red, White & Blue Barbecue is open to our entire community, who are the family and friends of those we serve. Many now call Clear Path for Veterans their ‘trusted go to’ for information, programs and services, and it’s because we, as a community, see value in investing in their well-being,” Spicer said.

The Miles & Maddy Award, which was established in 2013, will be presented for service above self in its truest form. This award honors the selfless service of Mark “Miles” Vigil and Maddy Spicer. Miles was a close friend of Clear Path’s Chief Strategic Officer Earl Fontenot and was always there to support those in need. After serving in Afghanistan during Operation Enduring Freedom, Miles lost his battle back at home and passed in 2010.  Maddy Spicer was a special dog that Melissa says taught her the importance of serving others.

As a certified therapy dog, “Maddy healed the souls of many,” Melissa said, before she passed away in April 2013. Each year, a civilian and Veteran are honored for their impactful service above self in honor of this special man and dog.

“Our annual Red, White & Blue Barbecue has always served a dual purpose: First, to showcase the work being done at Clear Path for Veterans; and second, to help all celebrate the beginning of summer with a great time for a worthy cause,” Spicer said.

Tickets are on sale now at www.ClearPathForVets.com/BBQ2019. Discounted multi-pack tickets are also available, and you can provide an opportunity to a Veteran to attend the event at no charge by purchasing a “Sponsor a Veteran” ticket.

About Clear Path for Veterans

Clear Path for Veterans is upstate New York’s Veteran Resource Center serving as a hub of information, programs and resources. It is a welcoming community of staff and volunteers serving all Veterans and their families. For more information, visit www.ClearPathForVets.com.