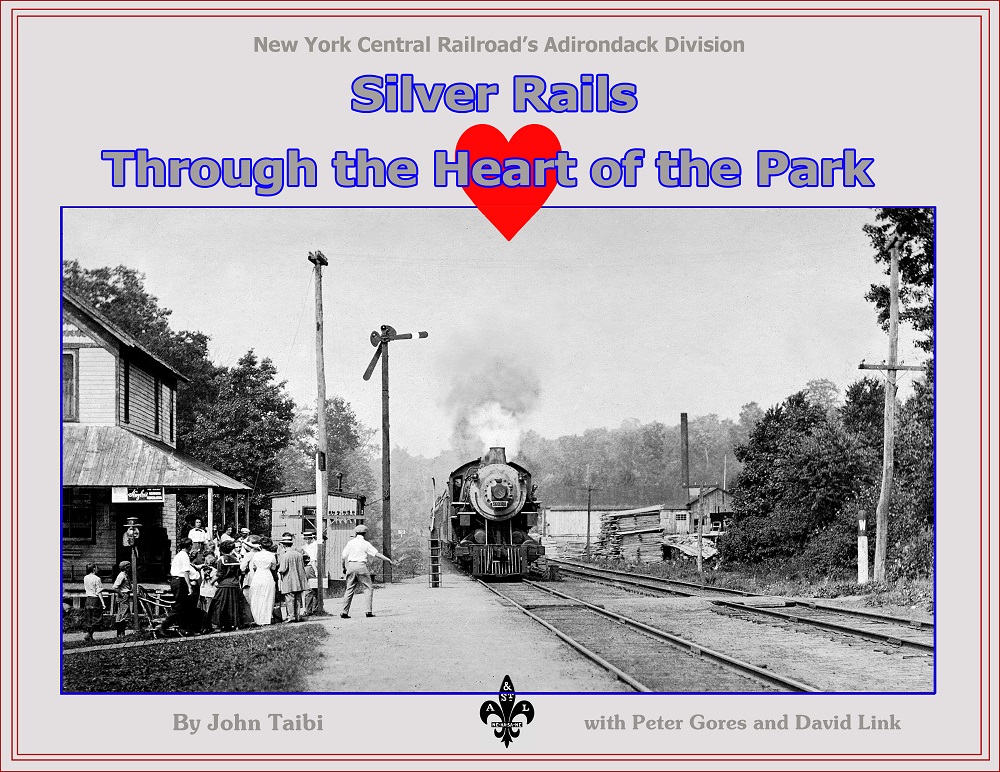 That notable chronicler of Upstate railroads, John Taibi, returns to Oneida Public Library Thursday, June 20, at 6:30 p.m. to present the definitive history of the New York Central’s Adirondack Division, the subject of his latest book “Silver Rails through the Heart of the Park” to be published in July.

The book celebrates over 800 pages with 1,720 photographs the operation of the now defunct Central’s Adirondack Division as well as portions of the Ogdensburg and Ottawa Divisions. The book includes histories of the towns, industries and people that the railroads served.

The New York Central bought up existing Adirondack lines in the 1890s and expanded them, even to the extent of running trains between Utica through Old Forge, Lake Placid and Malone on to Montreal. “By the 1920s the Adirondack Division had 10 passenger trains a day, five up and five down, and on Friday afternoons during the summer months a sleeper left Grand Central with through service to Lake Placid,” according to the New York Central System Historical Society’s web site (www.nycshs.org). Passenger service ended in 1966.

The Central’s Adirondack Division, covering Oneida County and five other counties, was declared a National Historic District in 1993, with 23 buildings and other structures extent. In 1992, private investors revived part of the defunct line as the Adirondack Scenic Railroad, now running out of Utica.

Taibi, a popular speaker at the OPL and other venues, is the author of “When the Railroads Went to the Beach”; “A Ride through the Countryside: On the Syracuse and Chenango Valley Railroad”; “Remembering the New York, Ontario and Western Railway”; “Rails along the Oriskany”; “The Oneida Railway Company: From Horsecars to Interurbans”; and “Roads, Rivers, and Rails: The Delaware and Hudson’s Susquehanna Division Heritage Trail.”