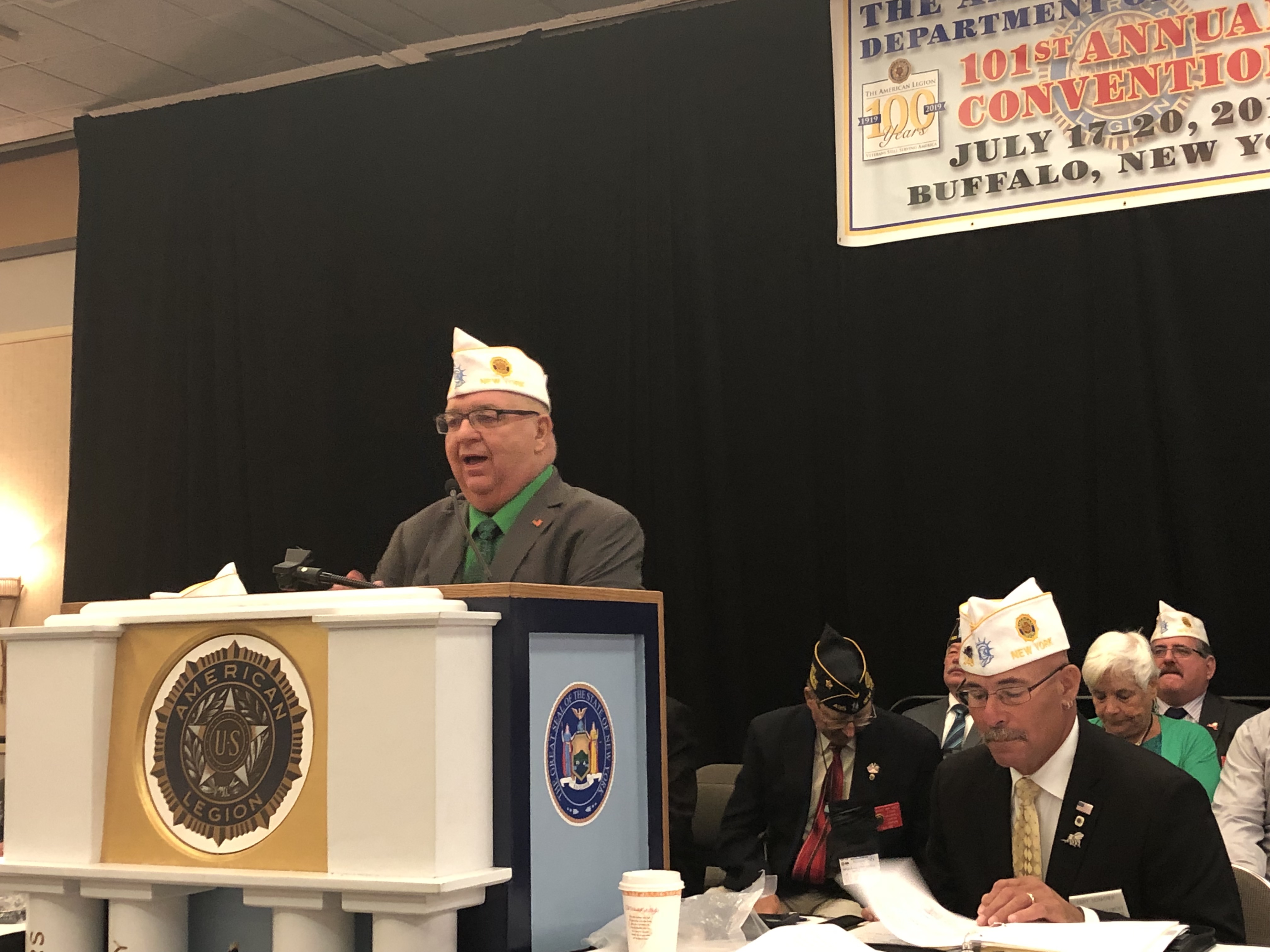 The 101st American Legion Convention welcomed hundreds of veterans from across New York State. The members gathered to provide reports on their programs, such as American Legion Boys State, the Oratorical contest, American Legion Baseball, as well as support programs and member events and activities.

The American Legion is made up of war time veterans from every branch of the military. Commander McDermott hopes to bring in more Iraq and Afghanistan veterans into the organization and encourages younger veterans to get involved as a way to make a difference in their community and connect with other veterans.

“Commander McDermott has extensive experience in leading members of the American Legion at a local and regional level,” said Department Adjutant James Casey. “We’re excited to welcome him as our Commander and supporting his work this year.”