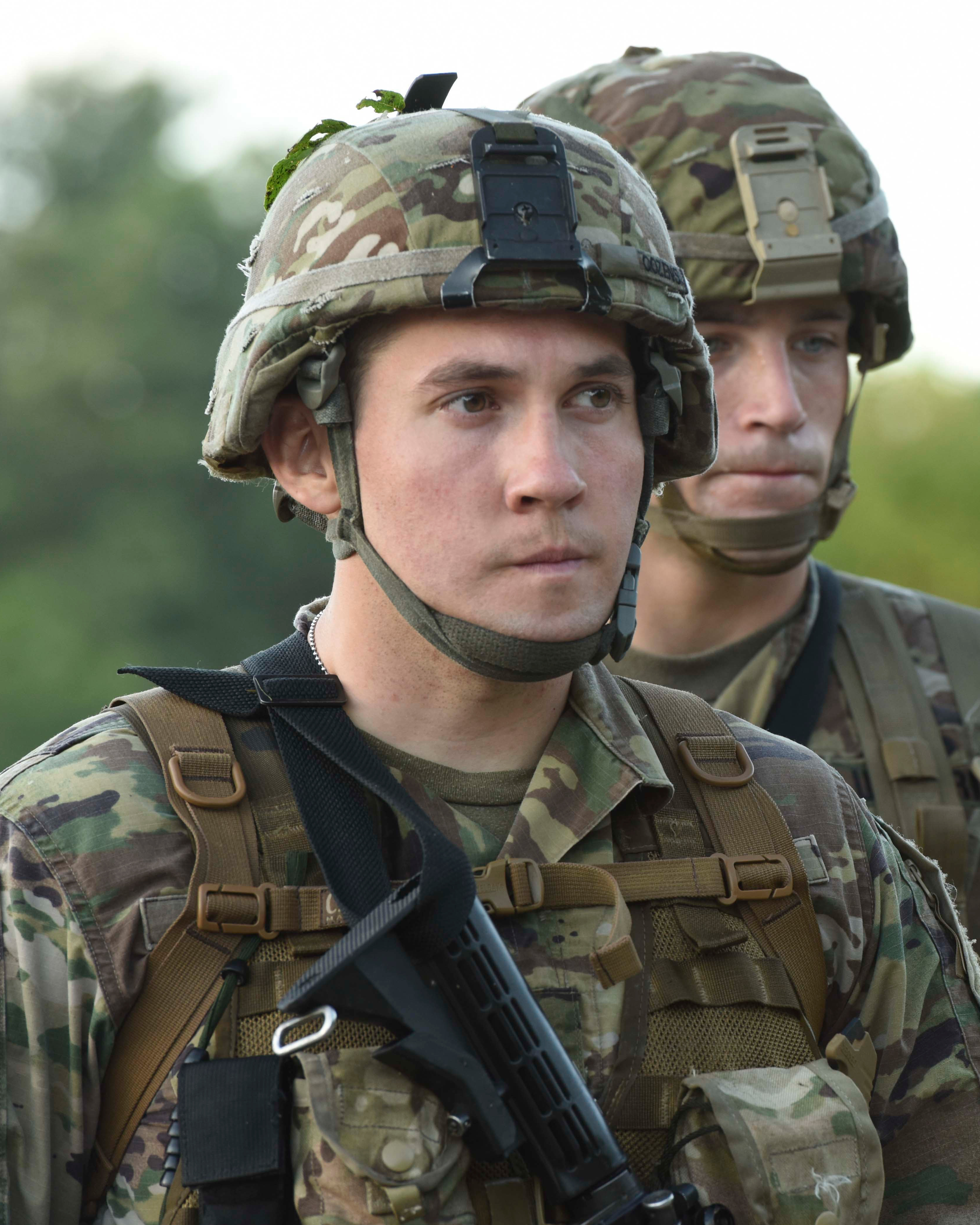 Rochester Soldier is Runner Up in National Military Competition

Cozens competed against six other non-commissioned officers from across the country who won their regional Best Warrior competitions.

A platoon sergeant assigned to Alpha Company, 2nd Battalion, 108th Infantry Regiment, based in Geneseo, Cozens won every level of competition from battalion to region, to earn the opportunity to compete at the national level.

Tasks the Soldiers are evaluated on during a Best Warrior event include obstacle courses, calling for indirect fire, weapons qualification and stress shooting, land navigation, dress and appearance, physical fitness, military knowledge and repelling off a tower.

New York State Command Sgt. Maj. David Piwowarski praised Cozens for holding his own against the best Soldier in the 330,000- member Army National Guard. “The level of competition was an absolute maximum,” Piwowarski said.

“The competition I faced was top notch and no one slacked,” said Cozens. “Everyone brought their traits whether it was Ranger, Special Forces, sniper, I knew I had my work cut out for me.”

Prior to joining the National Guard in 2017, Cozens served six years with the 10th Mountain Division from Fort Drum, including a deployment to Afghanistan in 2013. Cozens is a full-time Soldier who works for the New York National Guard’s Counter Drug Taskforce in Rochester. The task force works with local anti-drug groups and law enforcement to combat illegal drugs.

Cozens received his bachelor’s degree in political science from the University of Rochester. He and his wife Daniele have an 18 month old son, Jack.

Cozens began preparing to compete in the Best Warrior events in August of 2018, with the first round of competitions being held that October. At each level, the competitions became physically and mentally tougher on the competitors, Cozens explained.

“It was pretty grueling,” said Cozens. “We racked up about 50 miles on our feet through rucking, going between events and completing the events.”

Cozens added that some of the events were a surprise, where they didn’t know what they would be competing in until they got to the location of the event.

“It’s all the tasks on top of each and the constant stress of moving, communicating and executing that cause the most difficulty in this competition,” said Sgt. Maj. Christopher Miller, the non-commissioned officer in charge of the competition. “We wanted to find out who the best of the best was and prepare them to move on to the next level.”

At the end of the week, Cozens said they didn’t know who was going to win until they got to the awards dinner. Reflecting on the competition, he said that it was tough but that it was a lot of fun.

“It was very humbling, there was no room for holding back,” said Cozens. “There are times when you want to lose focus, but if you do then you have just lost.”

Fellow New York Army National Guardsman Cpl. Joseph Ryan, an assistant operations specialist assigned to 1st Battalion, 69th Infantry Regiment from Manhattan, competed in the enlisted category. The two were one of just three pairs from across the 54 states and territories of the Army National Guard where both competitors reached the national level.

“Both Sgt. 1st Class Cozens and Cpl. Joseph Ryan are absolute warriors,” said Piwowarski. “They grinded out this competition in the true spirit of the Soldier’s Creed and they never quit.”

Moving forward he is hoping to get into Ranger School, and pass on the knowledge and expertise he has gained from the competition to the next competitors who will compete for the New York Army National Guard.

“Just because I’m 33 doesn’t mean I can’t keep up with the young guys, of course I can do it,” said Cozens. “I’m beyond thrilled to get out and represent New York, but it’s my turn to be a sponsor and a mentor for 2020. My focus will be on finding an NCO and Soldier and mentoring them like I was.”