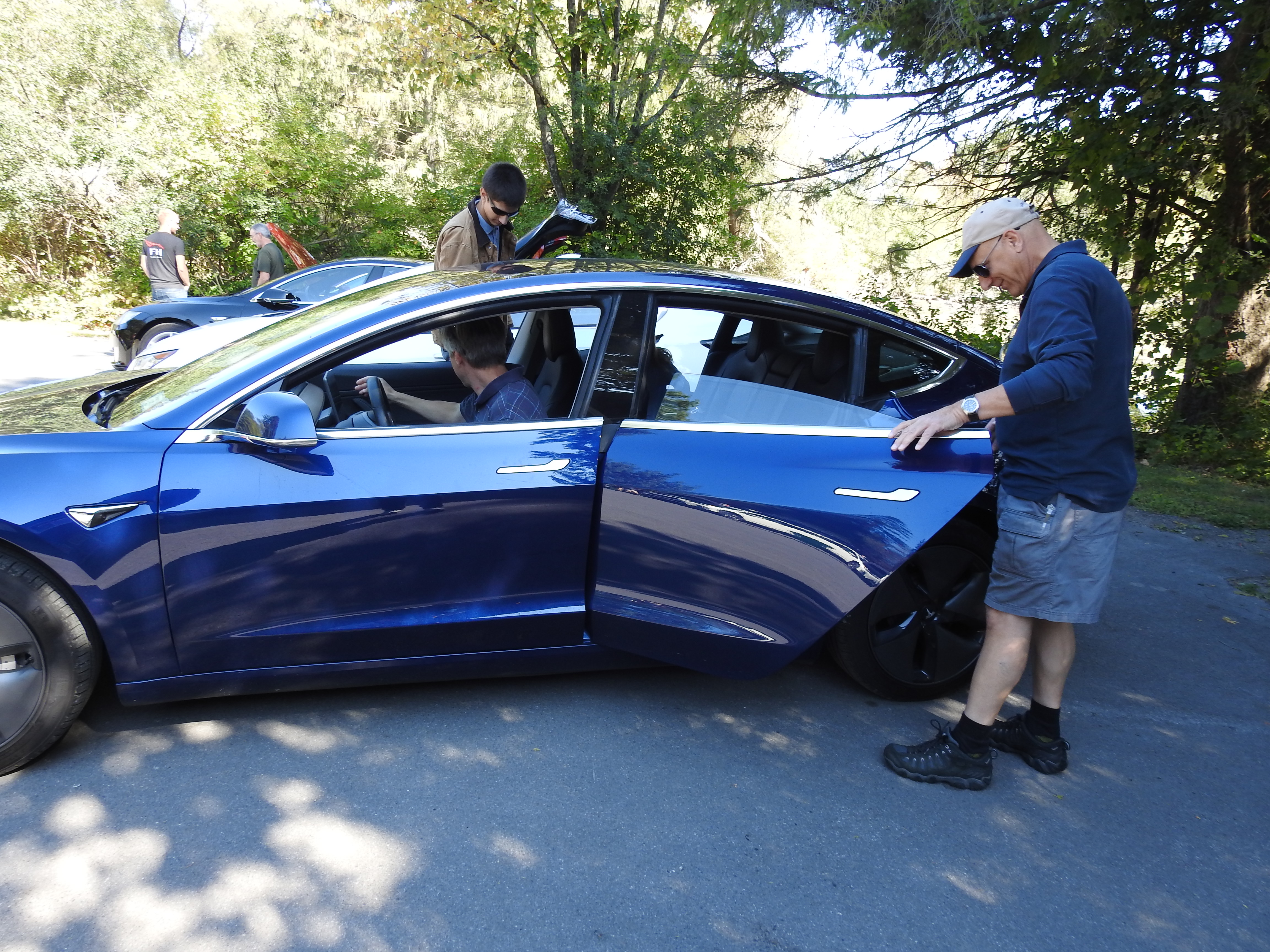 Friends of Rogers partnered with National Drive Electric Week to host an Electric Car Show & Flea Market Saturday, Sept. 21, 2019, at Rogers Environmental Education Center in Sherburne. This festival was held to bring awareness and education about sustainable energy practices available in the area.

The show had a total of 18 electric and plug in hybrid on site with over 40 rides given and over 125 people in attendance. This is just shy of the electric car show in Syracuse the previous Sunday where 20 plug-in vehicles were on site. It was a great start to what will be an annual event with Friends of Rogers.

Simon Solomon, executive director of Friends of Rogers, introduced Sherburne Mayor William Acee. Acee spoke about the Sherburne Municipal Electric in place since 1905, when electricity was thought of as a passing thing. He discussed the Chevy Volt used by the town and the free charging station located behind Sherburne News, bringing many electric car owners to the area for a stop.

Acee also mentioned how happy he was to work with Friends of Rogers on this event. Acee was followed by Chris Carrick, energy program manager at Central New York Regional Planning and Development Board. Carrick spoke about how clean the energy grid in central New York is, based on energy practices like hydro, wind and solar, but that transportation is still a major contributor to emissions pollution in this state. He encouraged everyone to share the information on electric and plug-in hybrid cars with their friends, neighbors and co-workers to spread the word on how easy it is to own and drive one. He also provided information on electric car rebate programs.

“Everyone enjoyed talking with the electric and hybrid car owners, to have their questions answered about range anxiety and winter driving,” said City Captain for the event and Friends of Rogers Director of Development Heather Tehan. “We are excited to host this show and provide education about sustainable transportation options in the area. The opportunity to ride in a Tesla is a fantastic bonus.”

Several electric car models were represented, including five Tesla models. Benedict Subaru of Norwich brought a Subaru Crosstrek, and CNY Solar came in a Prius. There were a wide variety of other models on display such as the Nissan Leaf, Honda Insight from 2000, Toyota Prius, Chevy Volt and Chevy Bolt. The show was free and open to the public food for sale such as veggie burgers, cheeseburgers, hot dogs and drinks all to benefit Friends of Rogers.

The Electric car show will be held again on Sunday, September 20, 2020 from 11 am to 3 pm at Rogers Environmental Education Center.

Rogers Center is operated by Friends of Rogers Environmental Education Center, Inc., a nonprofit organization that offers educational programs for people of all ages. Summer hours are 10 am to 4:30 pm, Monday through Saturday, and 11 am to 3 pm on Sunday.