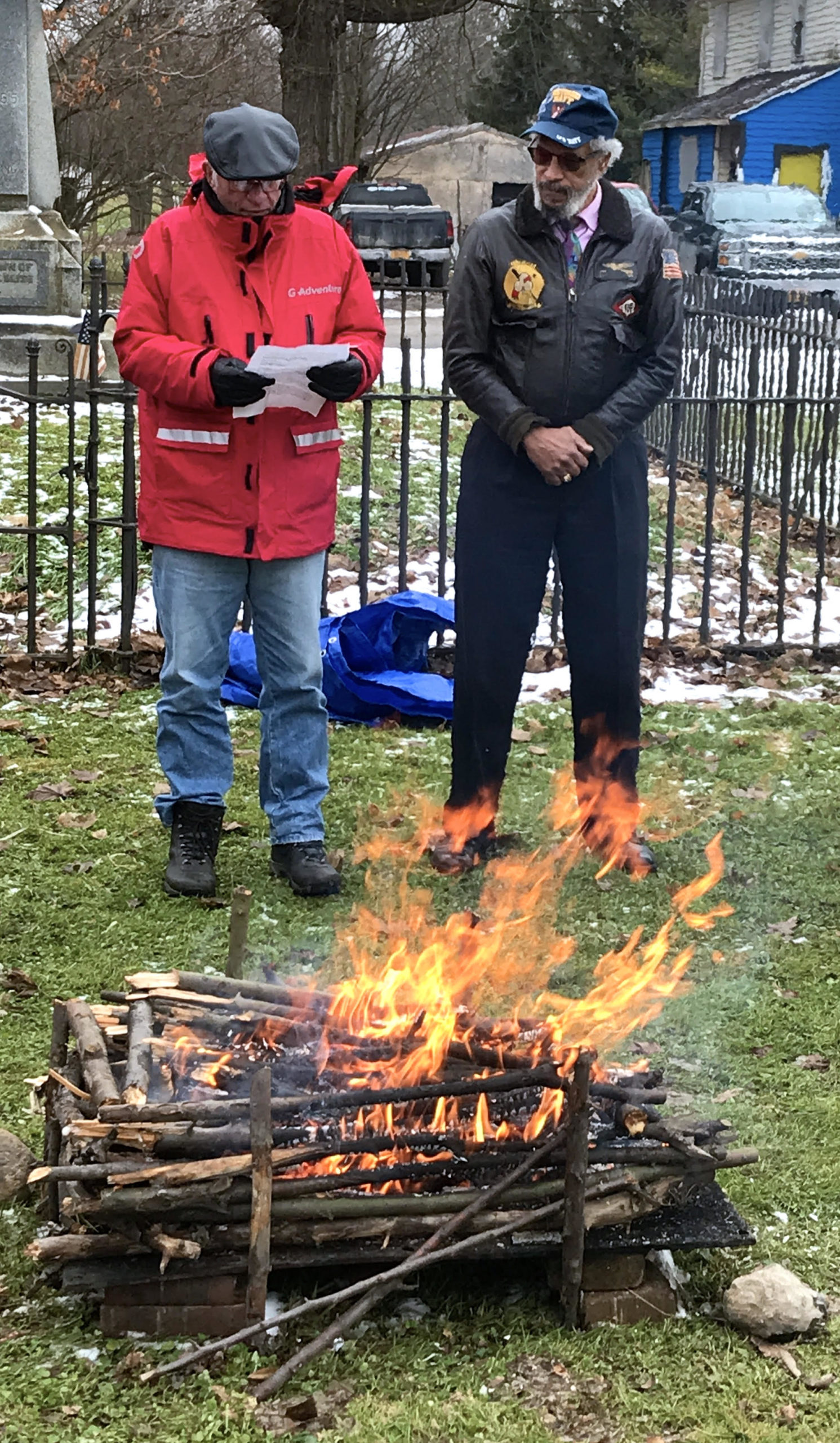 Retired Naval Commander Owen Corpin of Peterboro has once again planned for an Emancipation Proclamation Watch Night commemoration beginning at 11 a.m. Tuesday, Dec. 31, 2019, at the Smithfield Community Center, 5255 Pleasant Valley Road in Peterboro. The event begins with a tour of the National Abolition Hall of Fame and Museum and Navy Service stories shared by Corpin, a graduate of the U.S. Naval Academy.

At noon a lunch will be provided followed by Peterboro heritage announcements for 2020, songs, the Watch Fire behind the Center, and the reading of the Emancipation Proclamation.

President Abraham Lincoln presented his first draft of his Emancipation Proclamation to his Cabinet for critique and revision on July 22, 1862. Lincoln’s next submission of his Preliminary Emancipation Proclamation was presented again to his Cabinet Sept. 22, 1862, announcing that in 100 days, the federal government would free all enslaved people in the states rebelling against the Union.

Anticipation was high as to whether Lincoln would, indeed, issue the Proclamation in 100 days. People watched through the night of Dec. 31, 1862, for the issue of the Proclamation. Lincoln did issue his signed final draft Jan. 1, 1863. As a wartime Executive Order, the Emancipation Proclamation freed the slaves in the seceding states. The 13th Amendment to the U.S. Constitution, which addressed the abolition of slavery in the United States, was proposed Jan. 31, 1865, and ratified Dec. 6, 1865.

In 1864, Lincoln donated his Preliminary Emancipation Proclamation of Sept. 22, 1862, to the Albany Relief Bazaar to be raffled to raise funds for the Union war effort. Gerrit Smith of Peterboro bought 1,000 tickets at $1 each, won the document, and donated it back to the Relief Bazaar to raise more money. At that time, the New York state legislature bought the Proclamation for $1,000 and placed it in the New York State Museum.

Peterboro welcomes the public to commemorate Lincoln’s Emancipation Proclamation and Smith’s role in the preservation of the document. Admission is free. Dress warmly. For more information, call 315.750.6561 or 315.750.2437, or email nahofm1835@gmail.com.