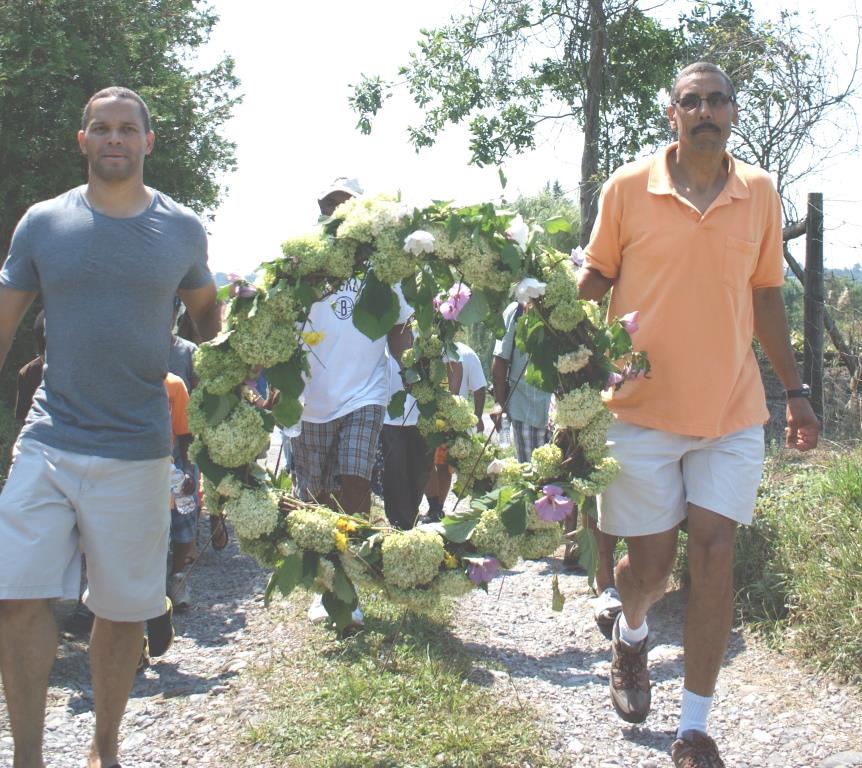 Peterboro Heritage NY sites announce Black History programs for 2020 on the 150th Anniversary of the 15th Amendment to the U.S. Constitution which was ratified February 3, 1870 stating The right of citizens of the United States to vote shall not be denied or abridged by the United States or by any State on account of race, color, or previous condition of servitude,

The Gerrit Smith Estate was an Underground Railroad site and is on the national, state, and county Underground Railroad trails, was a site of a 19th C. school for black males, and was a place for black reformers such as Frederick Douglass, Henry Highland Garnet, Jermain Loguen, Sojourner Truth, Harriet Tubman, and Samuel Ringgold Ward to visit and/or live to receive support from abolitionist Gerrit Smith.

The 11th Annual Peterboro Emancipation Day will be held at the Gerrit Smith Estate on Saturday, August 1, 2020. After the ten o’clock rituals of assembly, announcements, singing, photos, and updates, the annual processional will begin to the cemetery to lay wreaths on graves of African-Americans who had been enslaved. Along the way the procession will stop at the Peterboro Veterans’ Memorial to recognize people of color who served their country. At 1:30 pm Susan Goodier PhD, SUNY Oneonta, will share her research and publications on Black Suffragists: Race in the Women’s Movement. At 2:30 John R. McKivigan PhD, Indiana University – Purdue University Indianapolis, and Frederick Douglass Institute, will present the Influence of Peterboro on Frederick Douglass and facilitate a discussion on the relevance of Douglass’ ideals to modern day Events. At 3:30 Harry Bradshaw Matthews, Director of the Office of Intercultural Affairs and the U.S. Pluralism Center at Hartwick College, will speak on the United States Colored Troops Institute for Local History and Family Research. Following the afternoon programs, Gerrit Smith biographer Norman K. Dann PhD, will lead a Harriet Tubman walk around the Gerrit Smith Estate. A discussion on the movie HARRIET will be offered in the evening.

The keynote speaker for the Elizabeth Smith Miller Bloomer Tea on Saturday, September 26 at the Smithfield Community Center will be Leigh Fought PhD, Lemoyne College Department of History, speaking on her prize-winning book Women in the World of Frederick Douglass.

Thursday, December 31st, the National Abolition Hall of Fame and Museum will host the annual Watch Night with a commemoration of the Emancipation Proclamation issued by President Lincoln January 1, 1863.