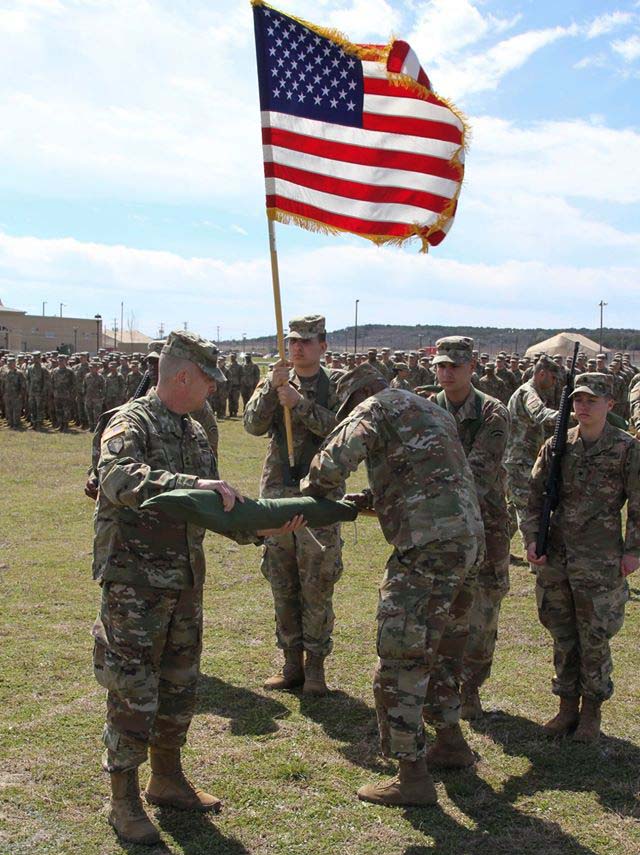 Six hundred and fifty New York Army National Guard Soldiers from the 42nd Infantry Division headquarters who have been training at Fort Hood, Texas, have deployed to the United States Central Command area of responsibility in the Middle East.

The soldiers, who come from across the state but are headquartered in Troy, left New York Jan. 11 following farewell events in the Albany area, Rochester and New York City.

The division, commanded by Major General Steven Ferrari will assume command over Task Force Spartan, the Army component of U.S. forces in the area.

The soldiers are expected to be deployed for about 10 months.

The 42nd Infantry Division was created during World War I when National Guard elements from 26 states were combined into one division that could deploy to France quickly. The officer who came up with the idea, Col. Douglas MacArthur, said the division would stretch across the United States “like a rainbow.”

Since then the division has been known as The Rainbow Division.

In World War II, the division was recreated and fought in France and Germany. Division soldiers took the cities of Wurzburg and Munich and liberated the inmates at the infamous Dachau Concentration Camp.

In 1947, the 42nd Infantry Division became part of the New York Army National Guard. Division soldiers responded to state emergencies and served as part of the United States strategic reserve.